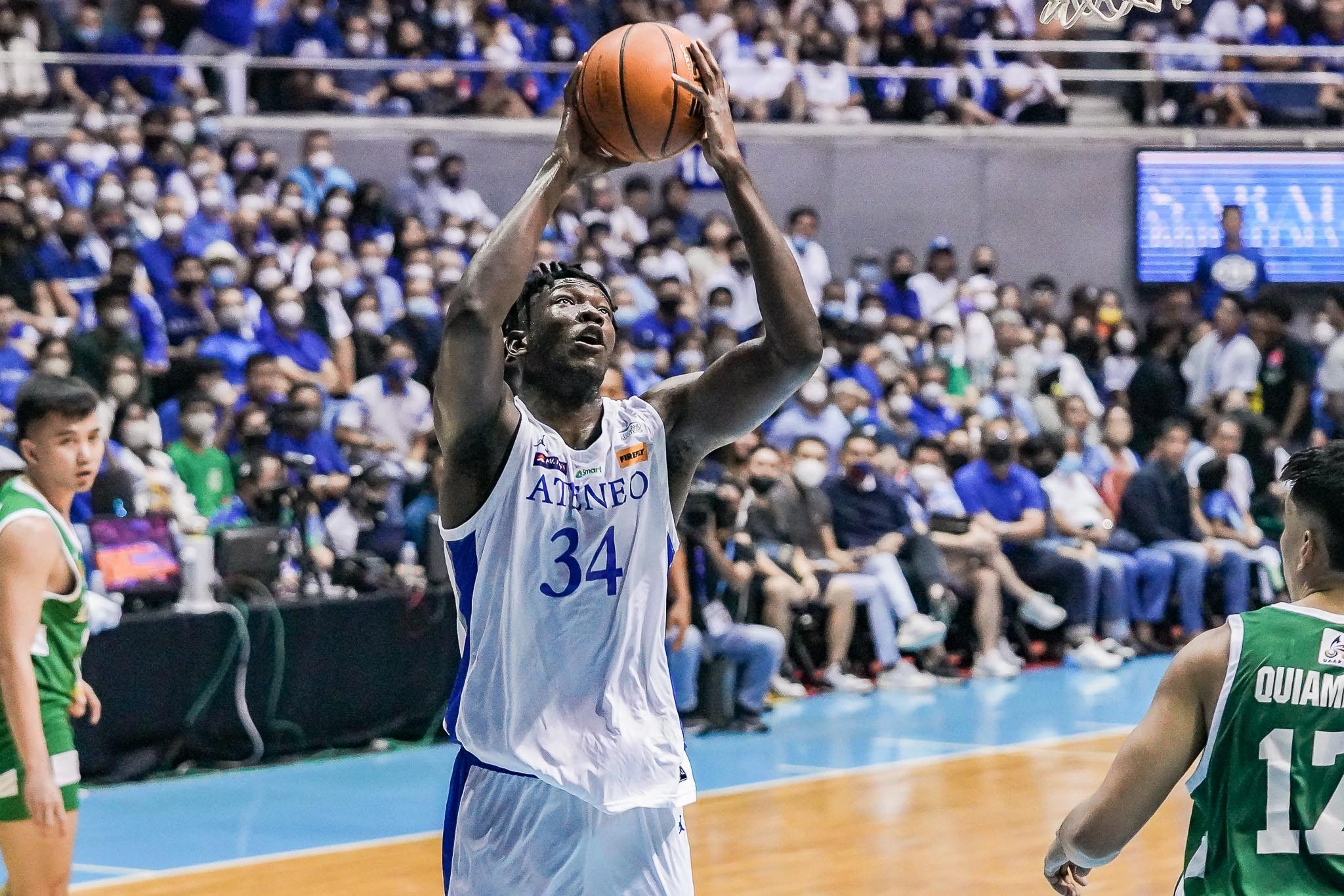 MANILA, Philippines – The Ateneo Blue Eagles got back in the UAAP Season 85 men’s basketball win column with a 68-54 revenge rout of rival La Salle Green Archers at the Araneta Coliseum on Saturday, November 5.

Ange Kouame bounced back from a lackluster 2-point, 4-rebound outing in a historic loss against NU with 11 points, 14 rebounds, 5 blocks, and 3 steals to help lift Ateneo to a 6-3 record. Dave Ildefonso led the team in scoring with 12 points, while Chris Koon and Kai Ballungay also scored 11 apiece.

The Blue Eagles also avenged their 83-78 first-round loss to the Green Archers where MVP candidate Schonny Winston erupted for 25 points.

Winston sat out for the second straight game due to a calf injury.

The game eventually turned to a clear no-contest at the start of the final frame, when Forthsky Padrigao rattled in a triple to extend the Eagles’ separation to 22, 61-39, with 8:21 left in regulation.

Not even a 10-0 comeback effort by La Salle was enough to threaten Ateneo’s hold on the game as it only got as close as 12, 49-61, before Koon drilled the dagger triple to set the final score with 50.9 ticks left.

“I think that the third quarter was very telling. We defended great in the third quarter and that led to some easy points which allowed us to get some separation on the scoreboard, which was pretty critical,” said Ateneo head coach Tab Baldwin after the game.

Evan Nelle was the Archers’ lone double-digit scorer with 15 points on 4-of-13 shooting, 7 rebounds, and 5 assists as La Salle dropped its fourth straight game to slide down to a 3-6 slate.

Ateneo returns after the two-week FIBA break on Thursday, November 17, with a 6:30 match against the free-falling UST Growling Tigers, while La Salle opens the quadruple-header schedule at 11 am against the Adamson Soaring Falcons.