Padrigao, Ateneo bounce back big with 27-point rout of UST 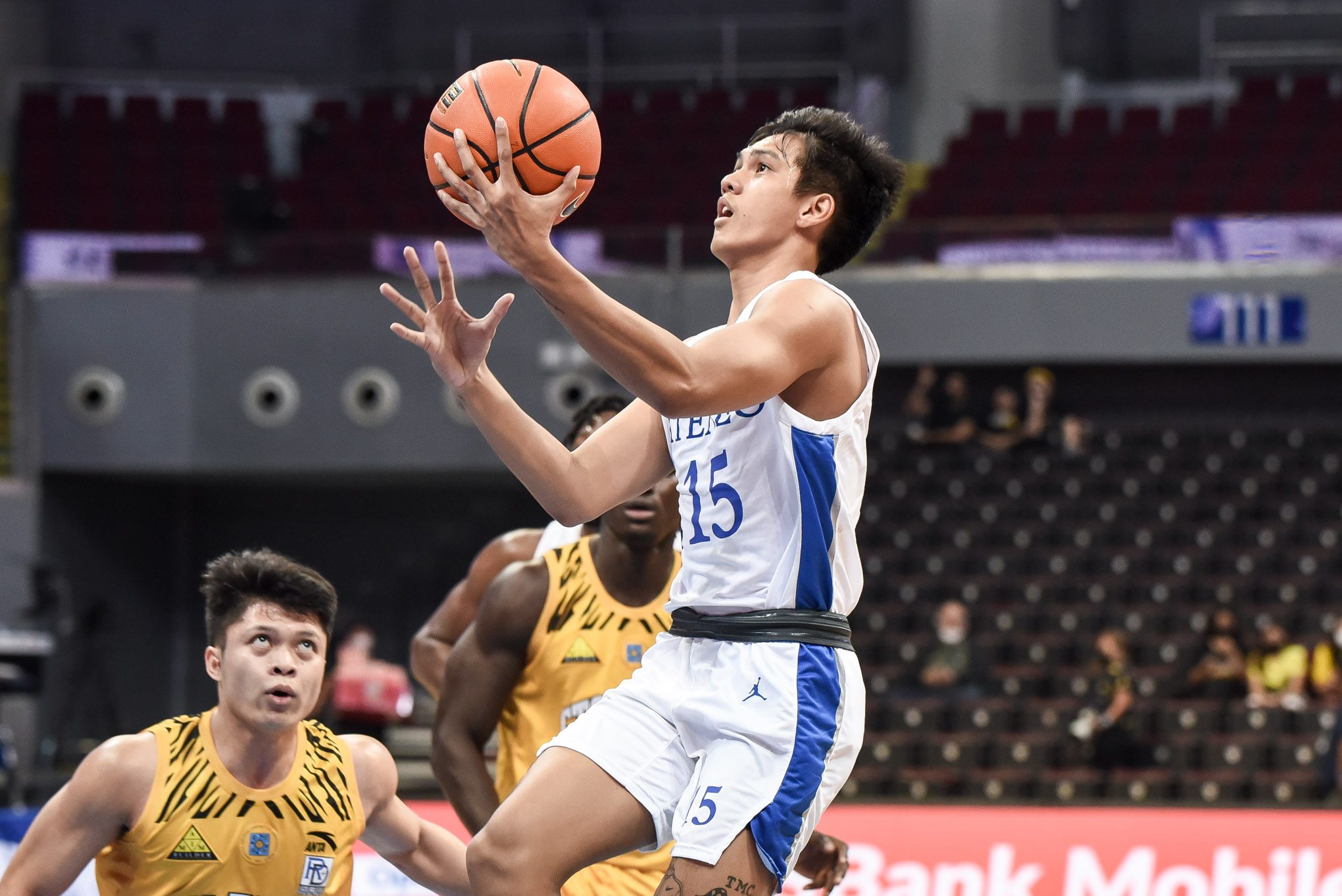 BACK IN FORM. Forthsky Padrigao bounces back from a rough outing.

Facebook Twitter Copy URL
Copied
After a sorry loss to rival La Salle, the Ateneo Blue Eagles return to their winnings ways by banking on a huge second-half run against UST

MANILA, Philippines – The Ateneo Blue Eagles banked on a huge second-half run to dismantle the UST Growling Tigers, 79-52, and return to their winning ways in the UAAP Season 85 men’s basketball tournament at the Mall of Asia Arena on Wednesday, October 12.

Coming off a dismal 2-of-18 outing from the field in their loss to the La Salle Green Archers last Sunday, sophomore point guard Forthsky Padrigao bounced back big for Ateneo with a career-high 20 points on 8-of-18 shooting, 8 assists, and 5 steals.

Dave Ildefonso, who also struggled against the Green Archers, likewise came up with a much-better showing this time around, backstopping Padrigao with an all-around game of 10 points, 9 rebounds, and 6 assists.

With the win, Ateneo improved its record to 3-1, while UST dropped to 1-3.

After a tight first half, where Ateneo only led by a point, 33-32, the Blue Eagles found their offensive groove in the third quarter and outscored the Growling Tigers, 24-11, for a comfortable 57-43 advantage heading into the payoff period.

Ildefonso spearheaded Ateneo’s sizzling start in the third period as he delivered both of his triples early in that frame to help the Blue Eagles seize a double-digit cushion.

It was all Blue Eagles from that point on as their lead even ballooned to as many as 29 points, 79-50, in the dying seconds of the lopsided affair.

“Our defense wasn’t bad in the first half and they hit some tough shots, made some one-on-one plays and we anticipated that. But at the offensive end, we generated a lot of good shots, we just didn’t shoot the ball well at all,” said Ateneo head coach Tab Baldwin of the Blue Eagles’ slow first half.

“A lot of open shots just didn’t fall and so the players felt not great at halftime. But I think the coaching staff felt that it wasn’t really that bad and we stuck to the job, we have good players, they’re going to hit good shots, and in the second half, we finally started to hit some shots,” he added.

The Blue Eagles will look to start a new winning streak when they collide with the UP Fighting Maroons in a highly anticipated rematch of the Season 84 Finals on Sunday, October 16 at 4:30 pm.

The Growling Tigers, meanwhile, will try to snap their three-game losing skid when they take on the UE Red Warriors on the same day at 1 pm.