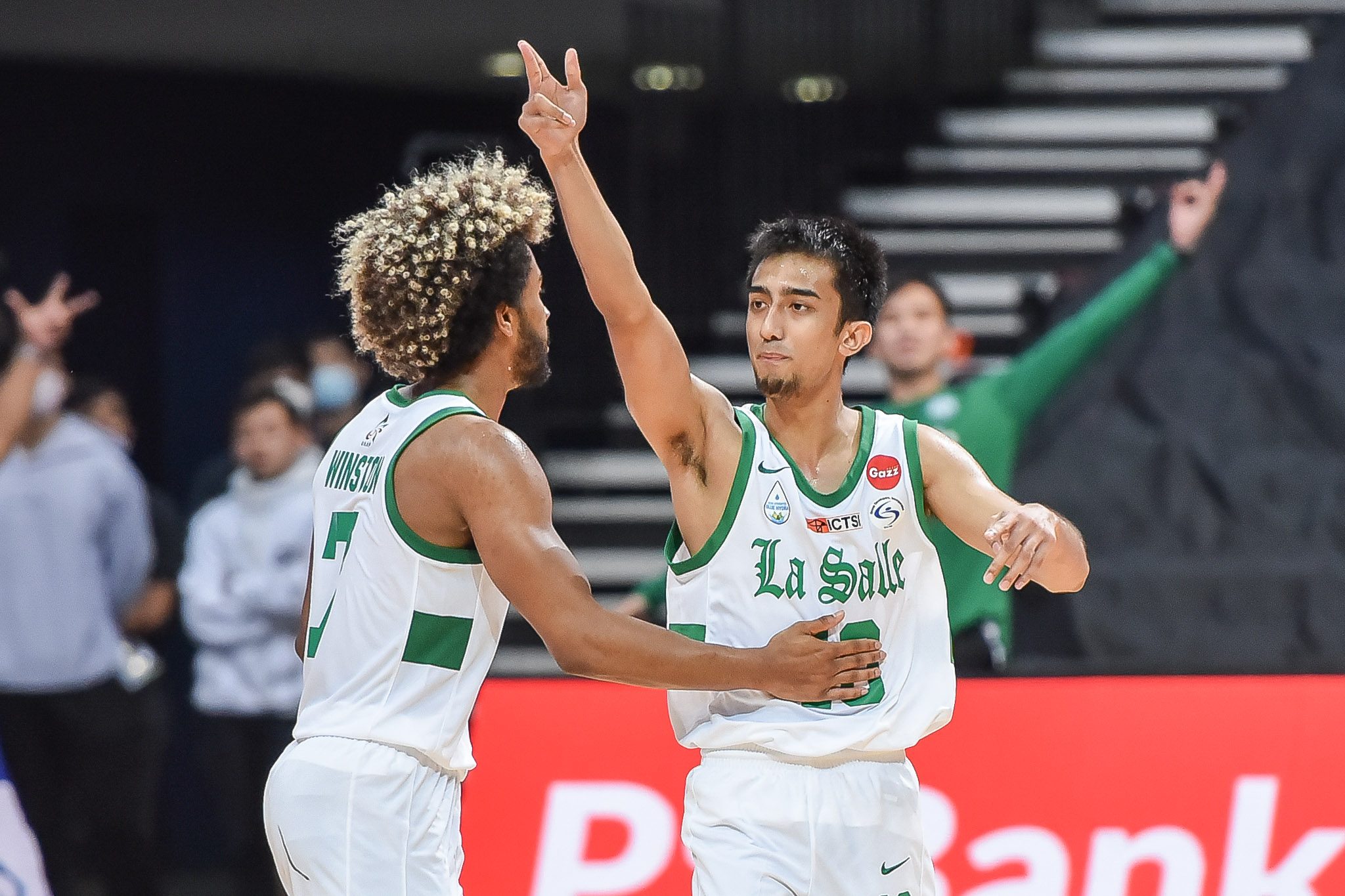 MANILA, Philippines – The La Salle Green Archers ended the first round of the UAAP Season 84 men’s basketball tournament on a high note as they took down the Adamson Soaring Falcons in a thriller, 61-58, on Saturday, April 9 at the Mall of Asia Arena.

Joaqui Manuel stepped up big for the Green Archers as he finished with a team-high 14 points on an efficient 5-of-7 shooting, while Evan Nelle added 12 markers on a red-hot 4-of-5 clip from beyond the arc.

With the win, La Salle improved its record to 5-2, while Adamson – which suffered its fifth straight loss, including a one-point heartbreaker against FEU last Thursday – dropped to 1-6.

After trailing by eight midway in the final frame, the Green Archers staged a late run and managed to regain the lead, 56-55, off a layup by Deschon Winston with just 51 seconds remaining.

Nelle kept La Salle’s run going with a three-pointer in the next possession, but Adamson’s Keith Zaldivar quickly responded with his own triple to pull Adamson back within 1, 59-58.

Manuel then sank two crucial free throws in the following play to push La Salle’s lead to 3, 61-58, before Justine Baltazar sealed the victory for the Green Archers with a block on Zaldivar’s last-second three.

After a slow first half between both squads, the Green Archers turned on the jets at the start of the third period to lead by as many as 10 points, 43-33, thanks to a huge scoring outburst by Manuel.

La Salle, however, failed to sustain its run as Adamson crawled back and built its own eight-point advantage, 53-45, midway through the final frame.

Luckily for the Green Archers, they managed to regain the lead late in the ball game off a series of clutch baskets before Baltazar sealed it with a crucial block.