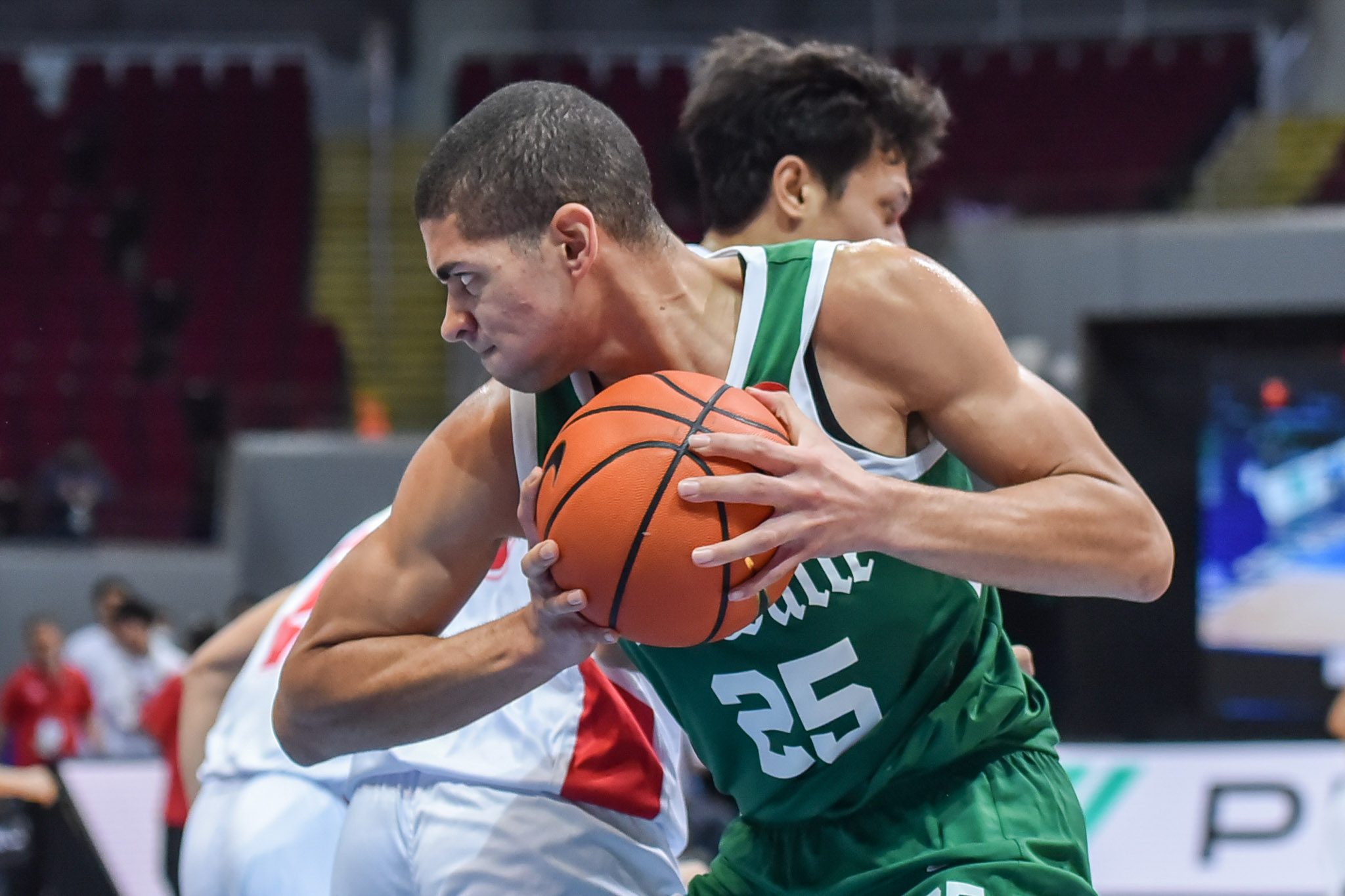 MANILA, Philippines – Winless UE gave La Salle the fight of a lifetime as the Green Archers dragged their way to an 85-82 overtime win against the gutsy Red Warriors at the Mall of Asia Arena on Thursday, April 21.

The Archers hustled their way to a 7-3 record, and moved further away from the three-way logjam at fourth place featuring Adamson, FEU, and NU. Meanwhile, the Red Warriors officially fell out of Final Four contention in heartbreaking fashion with a 0-10 slate.

All in all, the frontcourt pair’s 48 boards eclipsed the entire UE’s rebounding total of 41. Phillips’ 26 boards were also the most a player grabbed since Ateneo star Ange Kouame snagged 27 back in 2018.

However, it was streaky guard Mark Nonoy who came out of nowhere for the winning plays in overtime as he followed up a lucky bank shot that broke the final deadlock, 80-78, with a wide-open dagger three with 23.9 ticks left for the 83-78 separation.

Although the rising duo of Clint Escamis and Harvey Pagsanjan only needed 11 seconds to convert two quick shots to get within 82-83, Baltazar calmly sealed the deal with two free throws off a duty foul with 10.1 ticks left after a whole night of splitting his charities.

“We really had to dig deep to get this win. UE played really well. I told the boys there’s always a first time, and we can’t let UE to get their first win,” said head coach Derick Pumaren after the exhausting quadruple-header main event.

UE actually started off strong with a 15-point lead, 25-10, early in the second quarter, but La Salle kept coming back with major runs – the last big one being an 18-2 blitz that turned a 46-57 third quarter deficit to a 64-59 lead midway through the final frame.

However, the win-hungry Warriors just refused to throw in the towel, and ultimately forced a 69-all tie to end regulation off a buzzer-beating Allan Beltran layup off a Kyle Paranada miss.

UE last led, 76-75, off a Pagsanjan triple at the 2:53 mark of the extra period, before La Salle seized momentum off hustle, luck, and good old execution of plays in the clutch.

Pagsanjan led all scorers in the heartbreaking loss with a career-high 23 points on 8-of-15 shooting in more than 36 minutes of action, while brothers Kyle and Nico Paranada sparked hope in regulation before finishing with 13 and 9 points, respectively.

Meanwhile, UE aims to vent its frustrations out on the rallying FEU Tamaraws at another 7 pm nightcap.