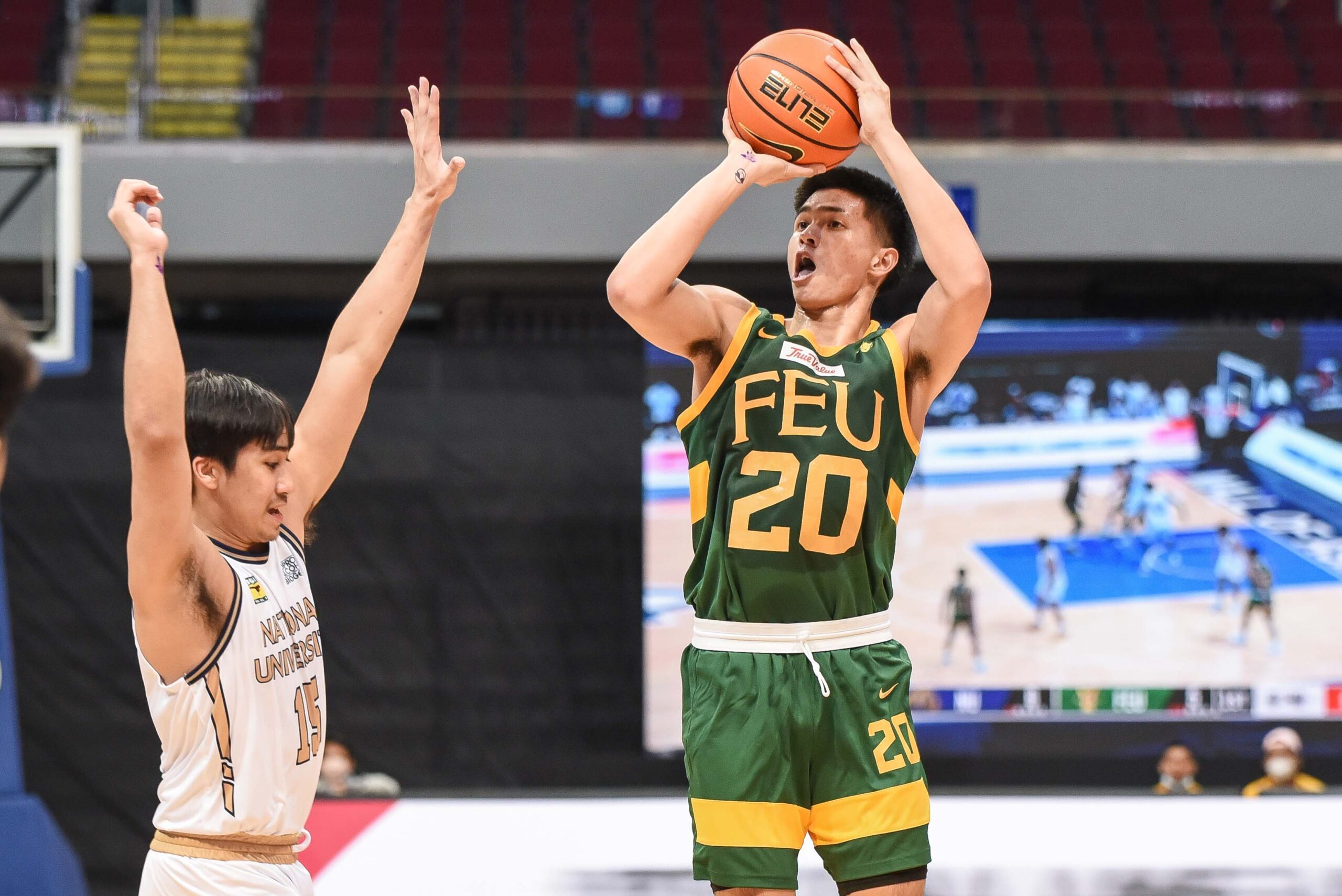 BIG SHOT. Xyrus Torres knocks in the game-winner for the Tams.

MANILA, Philippines – Xyrus Torres delivered when it mattered most as the FEU Tamaraws eked out a 59-57 escape against the NU Bulldogs in the UAAP Season 84 men’s basketball tournament on Thursday, April 21 at the Mall of Asia Arena.

With the Tamaraws down by 1, 56-57, Torres sank the game-winning triple with only 2 seconds left on the game clock to complete their huge comeback from 14 points down.

Torres finished with a game-high 16 points on 4-of-11 shooting from deep, while Emman Ojuola posted a double-double of 11 points and 11 rebounds for FEU, which finally snapped its three-game losing skid and tied NU at the fourth spot with a 4-6 slate.

“This was a crucial game that we had to win,” said FEU head coach Olsen Racela in Filipino.

“I’m just so proud of the way we played today. We did not give up, especially in the second half.”

“We could really use this win moving forward,” Racela added.

After trailing by as many as 14 points early in the third period, 22-36, the Tamaraws managed to climb back and overtake the Bulldogs, 55-54, off a layup by Emman Ojuola with just 1:54 to play.

NU, however, regained the lead, 57-55, off an and-one play by Mike Malonzo with 37 seconds remaining.

LJay Gonzales had a chance to tie the game for FEU in the next possession with two free throws, but the spitfire guard failed to convert on his first attempt.

Luckily for the Tamaraws, they managed to force the Bulldogs into a turnover in the following play, which ultimately led to Torres’ game-winner in the dying seconds of the ball game.

Ximone Sandagon chipped in 10 points for the Tamaraws, while Gonzales tallied an all-around stat line of 7 points, 8 rebounds, 5 assists, and 2 steals.

On the other side, John Lloyd Clemente paced the Bulldogs in the losing cause with 13 points, 5 rebounds, and 4 assists, while Shaun Ildefonso and Enzo Joson added 9 and 8 points, respectively.

FEU shoots for back-to-back wins when it takes on the UE Red Warriors on Saturday, April 23, at 7 pm.

NU, meanwhile, aims to pull off an upset against the undefeated Ateneo Blue Eagles at 12:30 pm.