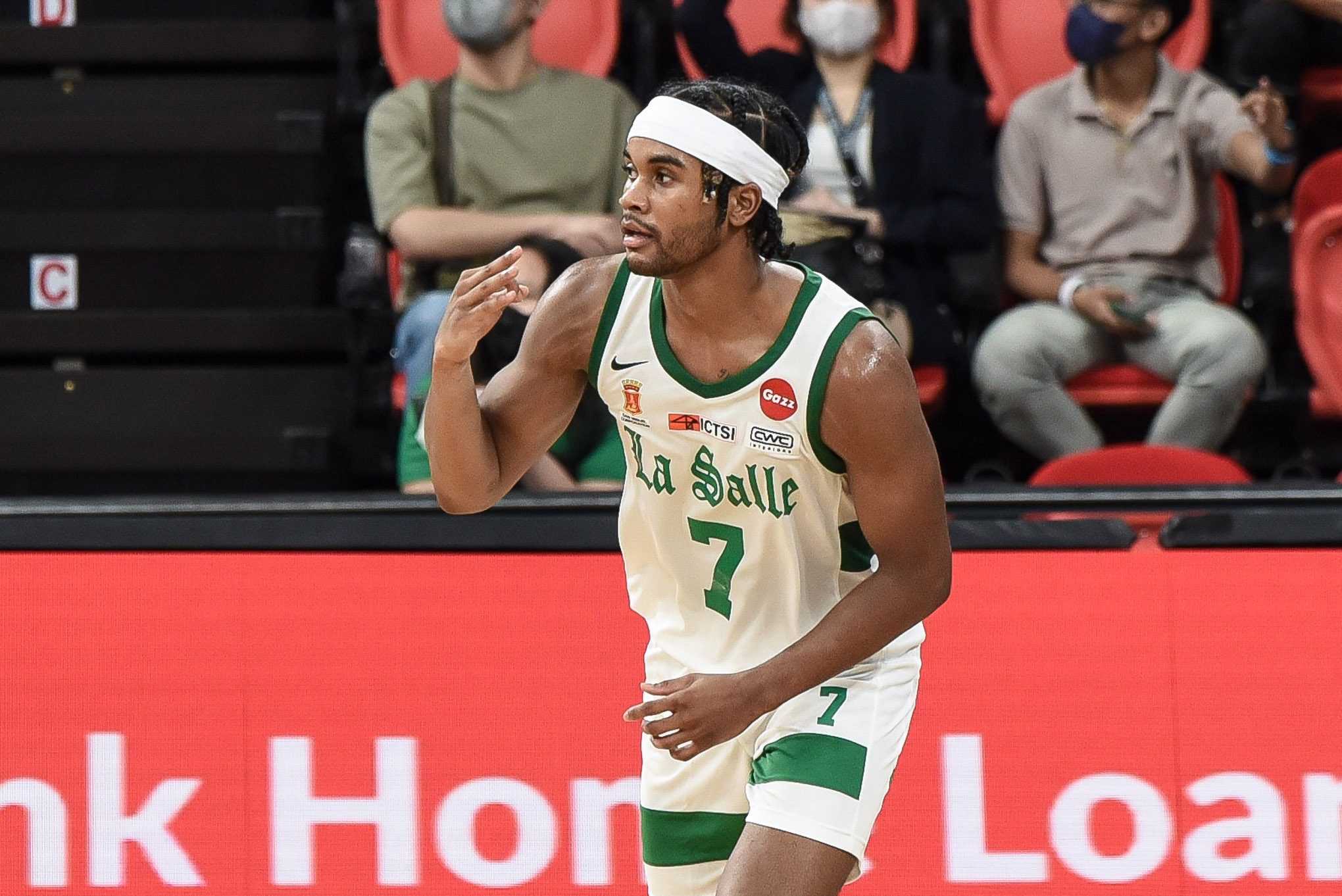 MANILA, Philippines – The La Salle Green Archers bounced back from their opening-day collapse with an 83-63 beatdown of the UST Growling Tigers for their first win in the UAAP Season 85 men’s basketball tournament at the PhilSports Arena in Pasig City on Wednesday, October 5.

After exploding for 27 points in their season-opener, high-scoring guard Schonny Winston propelled the Green Archers anew with a game-high 19 points on 3-of-6 shooting from beyond the arc, together with 5 rebounds, 3 assists, and 2 steals.

CJ Austria added 13 points, while big men Michael Phillips and Kevin Quiambao scored 11 each for La Salle, which played without its top point guard Evan Nelle due to illness.

Coming off a bitter 72-69 loss to the UP Fighting Maroons, the Green Archers got off to a sizzling start and quickly led the Growling Tigers by a dozen, 26-14, off an and-one play by Quiambao with 1:50 left in the first quarter.

Quiambao, who struggled in his debut in the collegiate ranks, set the tone for the Green Archers early as he poured in 9 of his 11 markers in the first quarter alone.

In the second period, La Salle momentarily lost its advantage after UST opened the quarter with a fiery 12-3 blast for its first and only lead of the game, 33-32.

Luckily for the Green Archers, they managed to regain their footing late in the first half and never looked back the rest of the way as they even increased the gap to its largest at 24 points, 78-54, off a putback by Austria with only 4:18 remaining in the game.

“After that lost last game against UP, I told the boys that the most important thing that we got to do is we got to bounce back hard in this game today,” said La Salle head coach Derrick Pumaren.

“We know that we fell short last game, we were not able to close out the game, but we cannot dwell on that. The season just started.”

“I’m happy with the way the boys played, they responded positively, they stepped up on the plate and faced the challenge,” he added.

Miguel Pangilinan paced the Growling Tigers with a near double-double of 11 points and 9 rebounds, while Nic Cabañero, who exploded for 33 points in their first game, was limited to just 10 points on an ice-cold 5-of-20 clip from the field.