NU cruises past UE, caps first round with winning record 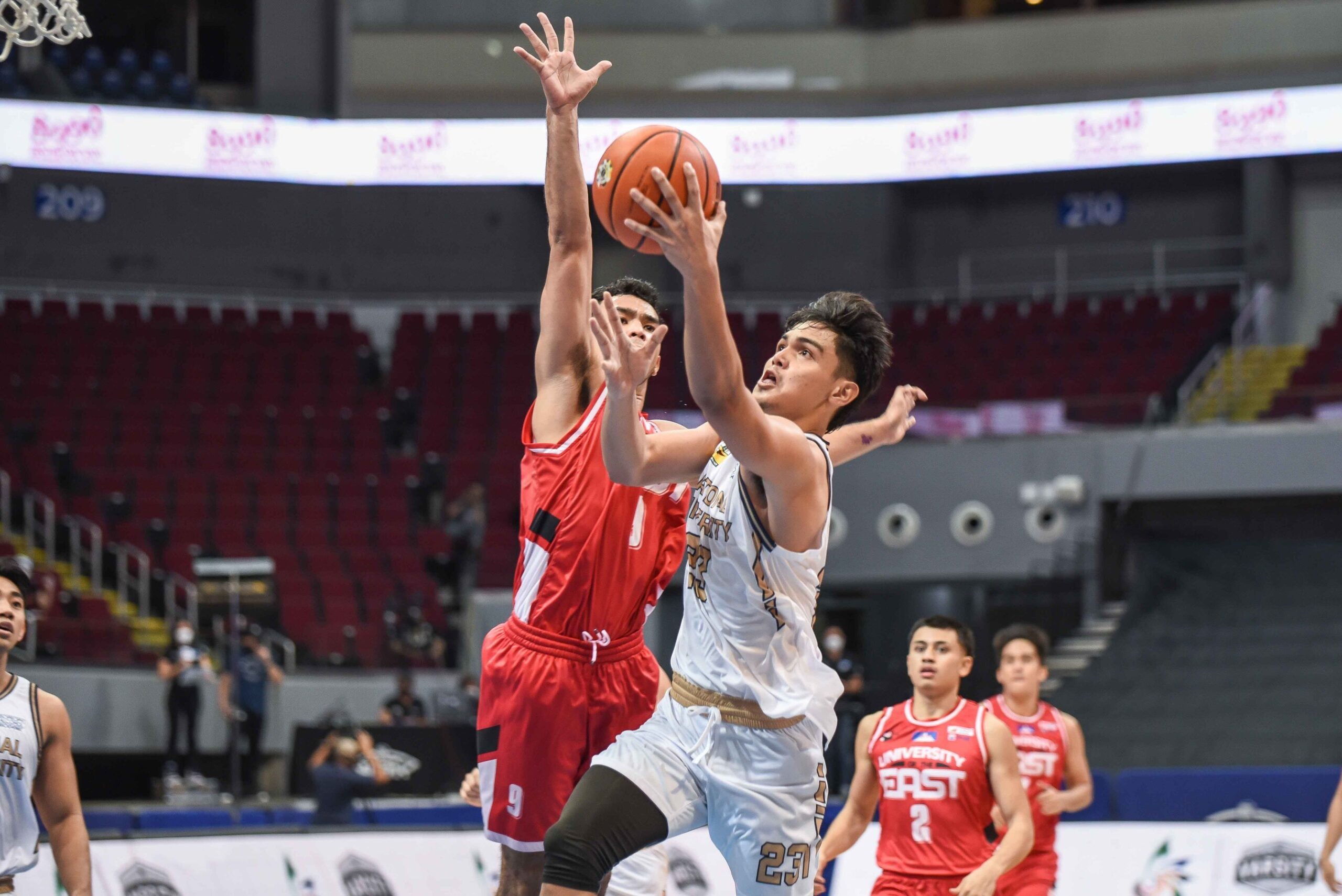 CRUISING. Mike Malonzo and the NU Bulldogs cap the first round with a big win.

MANILA, Philippines – The NU Bulldogs picked up their second straight win in the UAAP Season 84 men’s basketball tournament with a 77-61 thrashing of the UE Red Warriors on Saturday, April 9 at the Mall of Asia Arena.

Mike Malonzo showed the way for NU with a double-double of 12 points and 10 rebounds, while John Lloyd Clemente also finished with 12 markers.

With the victory, the Bulldogs wrapped up their opening round campaign with a winning record at 4-3, while the winless Red Warriors remained at the bottom of the team standings with a 0-7 slate.

“Big win for us. We can definitely bring this coming into the second round,” said NU head coach Jeff Napa.

“We can’t afford to rest and we have to be ready coming into the second round because the competition only gets tougher and tougher,” he added.

Coming off a convincing win over the UST Growling Tigers just two days ago, the Bulldogs rode on their hot momentum and wasted little time in breaking the game wide open as they led the Red Warriors by double-digits, 22-9, at the end of the opening period.

John Galinato set the tone early for the Bulldogs, scoring all of his 9 points in the first quarter alone on 3-of-4 shooting from three-point land.

In the second frame, the Red Warriors, who played without their head coach Jack Santiago for the third consecutive game despite already completing his two-game suspension, still had no answers for the Bulldogs’ scorching hot offense as NU’s lead ballooned to 25 points, 38-13.

Santiago was put on temporary suspension by the school pending its internal investigation of the incident where the Warriors mentor allegedly instructed his players to hurt UP star Ricci Rivero.

On the other side, Kyle Paranada topscored for UE with 12 points, while Orin Catacutan and Jeremy Cruz added 11 and 10 points, respectively.