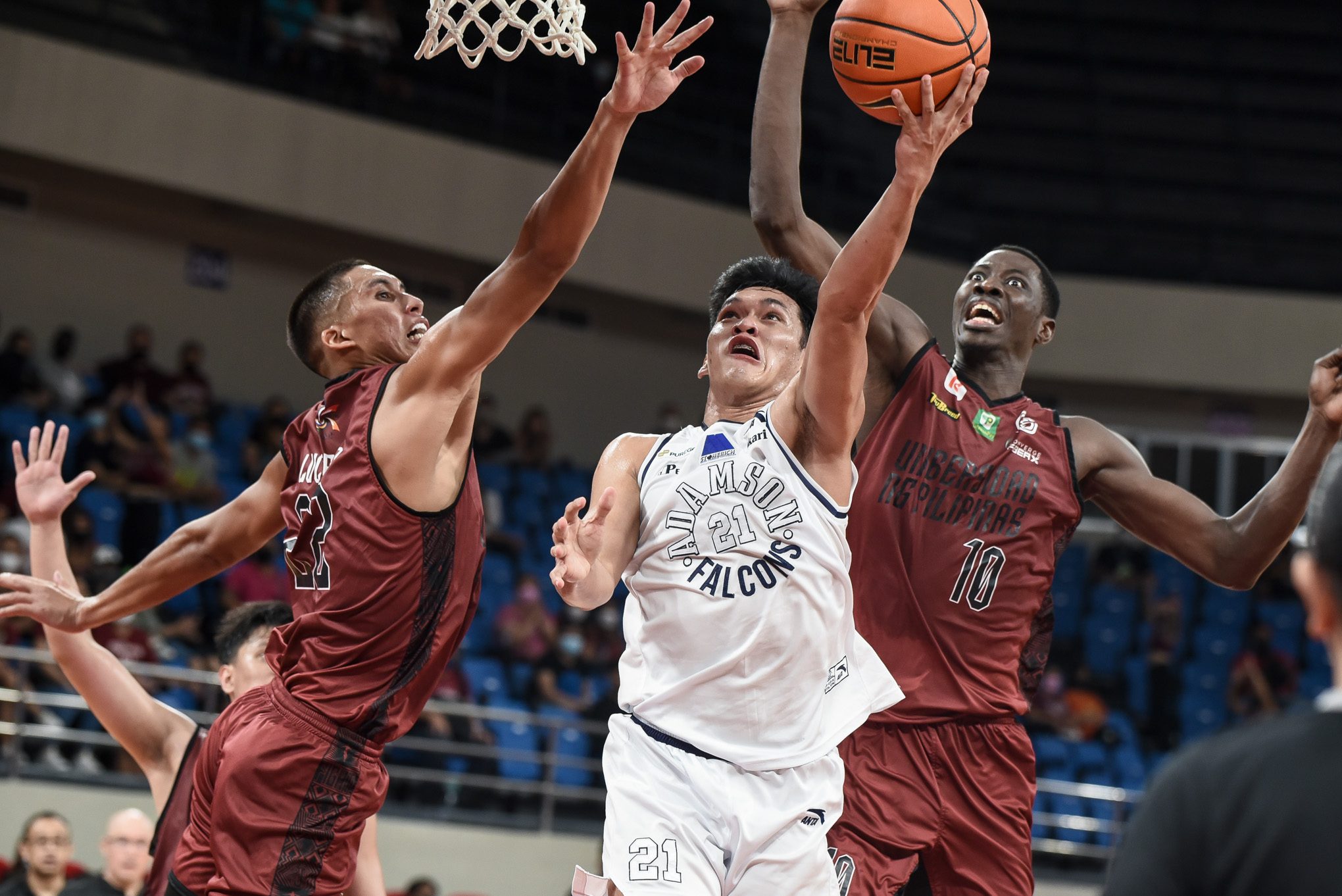 MANILA, Philippines – For the second straight game, the UP Fighting Maroons fought back from a double-digit deficit to frustrate the Adamson Soaring Falcons in a thrilling overtime conquest, 87-78, in the UAAP Season 85 men’s basketball tournament at the PhilSports Arena on Wednesday, October 5.

As is always the case with their games, the two squads fought tooth-and-nail in the fourth quarter, exchanging leads until the 3:38 mark, when Terrence Fortea pushed UP ahead, 71-70, off a layup.

The Maroons then held their advantage until the very last second of regulation, when Joem Sabandal was fouled by James Spencer from downtown and subsequently sank all three pressure-packed free throws after a lengthy review to send the game to overtime.

However, that was the Falcons’ high point of the game as Spencer and Terrence Fortea drilled back-to-back triples to spark a pivotal 8-0 run that ended with a Diouf dunk for the 82-74 separation at the 2:28 mark.

With the Maroons’ lead already out of reach in the final minute, Fortea added insult to injury with a dagger three at the 30.5-second mark to extend their advantage to 87-76.

“We started off flat, same in the last game. Even our defense was not really that tight. Second half, we picked up on defense. We had better ball movement in the second half,” said UP head coach Goldwin Monteverde.

Off a 21-24 Adamson deficit early in the second quarter, Falcons star Jerom Lastimosa suddenly shifted to a higher offensive gear, and carried his team to a 33-24 breakaway off a 12-0 spurt.

Unable to match the Falcons defensively, the Maroons tumbled to a 16-point halftime deficit, 31-47, after a Joaquin Jaymalin buzzer-beating three off a beautiful Lastimosa bullet pass to cap off a huge 26-7 run.

However, UP got off to a massive 21-2 start in the third quarter to completely erase its double-digit deficit and mount a 52-49 lead off two Malick Diouf free throws at the 3:46 mark.

This turnaround was more than enough to give the Maroons a fighting chance deep into the final frame before pulling away in the extra period for their second straight win.

Lastimosa led all scorers in the heartbreaking loss with 25 points on 9-of-19 shooting with 6 rebounds, and 6 assists, while Vince Magbuhos and Sabandal scored 10 apiece.

UP hopes to have a better start in its next game against the win-seeking FEU Tamaraws on Saturday, October 8, 4 pm, at the Araneta Coliseum, while Adamson also shoots for a breakthrough that same day against a UE Red Warriors side coming off a stunning win at 2 pm.