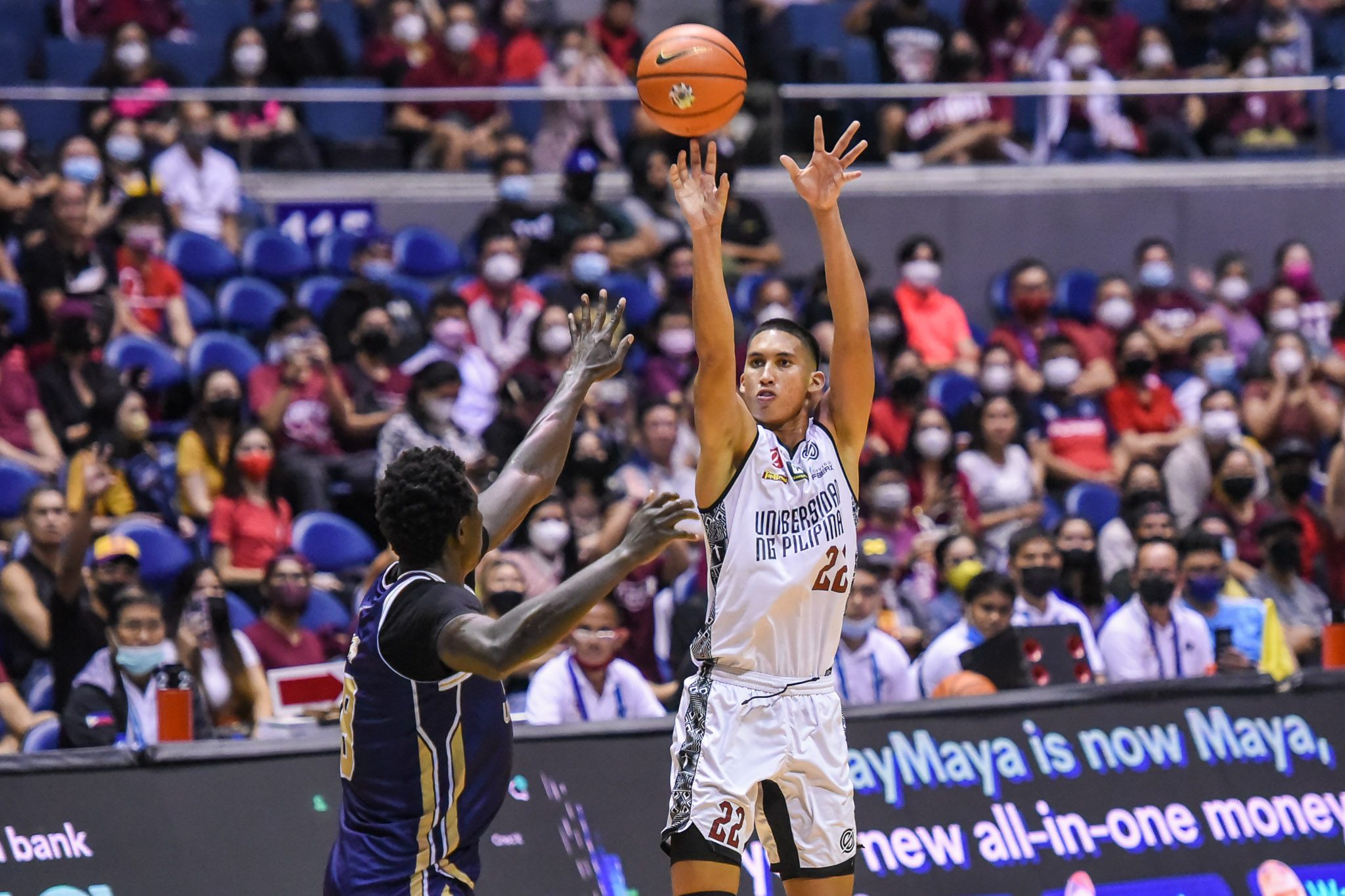 Season 84 Mythical Team member Zavier Lucero starred anew with game-highs of 16 points built on 5-of-8 shooting from three, plus 5 assists, 4 rebounds, 2 steals and 1 block to help lift UP to a solo first place with a 7-1 record.

However, the story of the game was reserve guard Cyril Gonzales, who dropped 12 of his 15 points in the fourth quarter alone, including the dagger trey with 47 seconds left to give the Maroons a 73-63 lead to highlight a final 13-0 burst from down 62-63 at the 4:33 mark.

Prior to that rally, the game was as expectedly close as it can get after UP recovered from an 11-point NU lead, 38-27, late in the first half, and seized a 49-42 gap midway through the third quarter off a 15-2 swing.

The Bulldogs last led, 63-62, halfway through the final frame off a Justin Palacelio and-one conversion before Gonzales and Lucero conspired to put the Maroons away for good.

“Like in our previous games, I really think that our defense in the third quarter changed the flow of the game,” said UP head coach Goldwin Monteverde.

Scrappy forward Mike Malonzo led the Bulldogs’ balanced effort with 12 points and 6 rebounds, while Steve Nash Enriquez scored 11 off the bench with 3 boards, 2 assists, and 2 steals in just 17 minutes on the floor.

Although NU outrebounded UP, 47-34, the Maroons – as Monteverde said – outplayed the Bulldogs on defense by forcing 12 more turnovers, 26-14, for 19 points off their miscues.

UP returns on Wednesday, November 2, at the Mall of Asia Arena for a highly anticipated 1 pm match against the Adamson Soaring Falcons, while NU faces another tough challenge in the Ateneo Blue Eagles at the 6:30 pm main event.