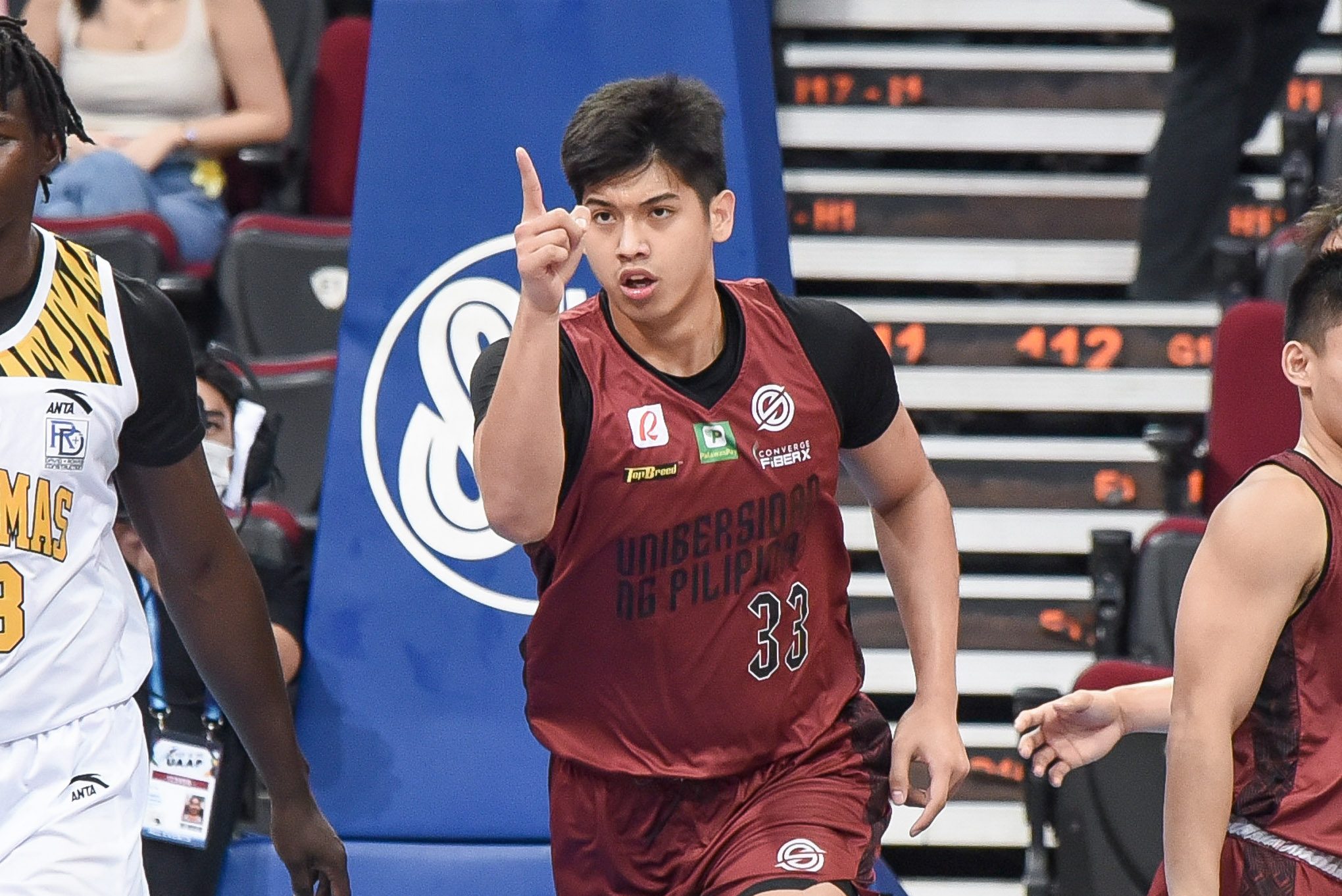 MANILA, Philippines – After absorbing a shock loss to the La Salle Green Archers in their previous outing, the league-leading UP Fighting Maroons bounced back big and vented their ire on the UST Growling Tigers with a 78-60 annihilation in the UAAP Season 85 men’s basketball tournament at the Mall of Asia Arena on Wednesday, November 23.

Carl Tamayo showed the way for UP with a near double-double of 19 points and 9 rebounds, while Cyril Gonzales, who was instrumental in the Fighting Maroons’ huge second-half rally, added 14 markers.

Malick Diouf posted a double-double of 10 points and 14 rebounds, while JD Cagulangan had an all-around outing of 8 points, 6 rebounds, 8 assists, and 3 steals for the top-seeded Fighting Maroons, who moved up to 11-2 and secured at least a playoff for a twice-to-beat Final Four bonus.

Coming off a tightly contested affair in the first half, where the cellar-dwelling Growling Tigers only trailed by 3 points, 34-37, the Fighting Maroons picked it up in the third period and extended their lead to 13, 52-39, off back-to-back layups by Gonzales with 3:16 to play in the quarter.

With UST still knocking on UP’s door at the start of the fourth frame, 49-59, the Fighting Maroons then made it rain from beyond the arc and opened the period on a sizzling 11-0 run, capped by a three-pointer by Gonzales to push their double-digit cushion even further to 21 points, 70-49, putting away the Growling Tigers for good with still 7:34 remaining on the game clock.

Nic Cabañero once again topscored for UST – which suffered its 11th straight defeat and dropped to 1-11 in the standings – with 14 points, along with 7 rebounds, while Adama Faye recorded his own double-double of 12 markers and 11 boards.

UP aims to end the elimination round on a high note when it faces the Ateneo Blue Eagles in a highly anticipated showdown with a lot at stake on Saturday, November 26 at 6:30 pm.

UST, meanwhile, takes on the FEU Tamaraws that same day at 1 pm.