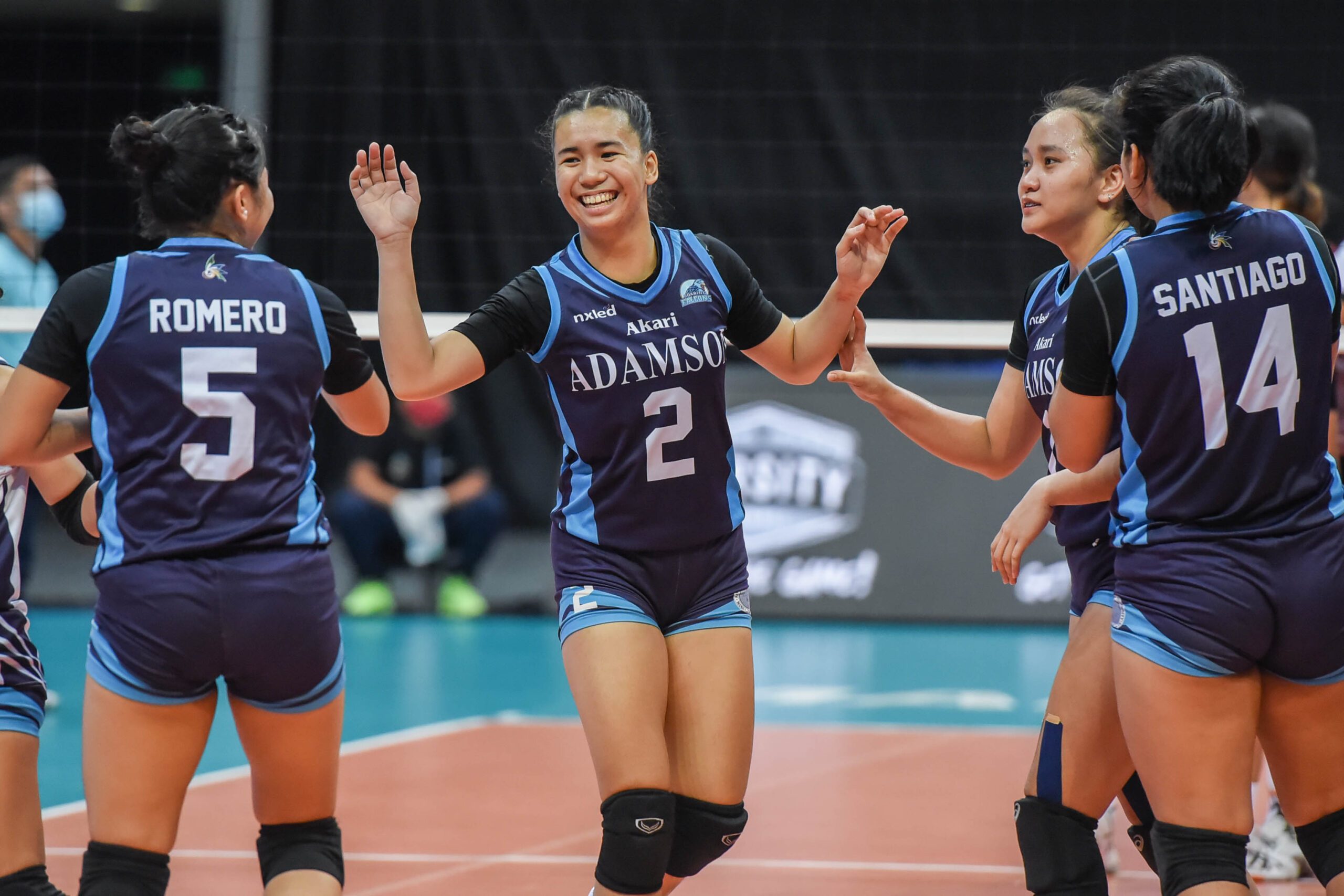 FALCONS FIGHT ON. Trisha Genesis leads Adamson in a four-set ouster of UP to tie Ateneo anew at fourth place

MANILA, Philippines – The Adamson Lady Falcons stayed in the hunt for the last UAAP women’s volleyball Final Four spot after ousting the UP Fighting Maroons in four sets, 25-18, 16-25, 25-22, 25-17, at the Mall of Asia Arena on Tuesday, June 7.

Led by Trisha Genesis’ triple-double of 18 points, 13 excellent digs, and 12 excellent receptions, Adamson rose to a 7-6 record to once again tie the defending champion Ateneo Blue Eagles at fourth place, while UP dropped to a 5-8 slate.

National University (13-0), La Salle (10-3), and University of Santo Tomas (9-4) already secured Final Four berths, leaving Adamson and Ateneo to fight for the last semifinal seat against separate opponents on the last day of the elimination round on Thursday, June 9.

The Lady Falcons, however, face a tough task ahead as they must upstage the second-ranked La Salle Lady Spikers at 12:30 pm to finish with an 8-6 record. The Blue Eagles, meanwhile, have a more favorable matchup at the 6:30 pm main event against the Maroons.

Star setter Louie Romero took charge of steering the offense against UP with 24 excellent sets, while Rizza Cruz and May Ann Nuique scored 12 and 11, respectively.

After a pivotal 25-22 third-set escape to break a 1-1 tie, Adamson then rode its momentum in the fourth with a huge 21-10 start, capped by a Genesis push attack.

Although the Maroons mustered a small 5-1 comeback attempt to get within 15-22, it was just too little, too late as Genesis closed things out with one last off-the-block hit for the 25-17 finish.

UP’s Alyssa Bertolano led all scorers in the contention-ending loss with 22 points off 19 attacks and 3 aces, while Jewel Encarnacion and Stephanie Bustrillo scored 13 and 11, respectively. – Rappler.com