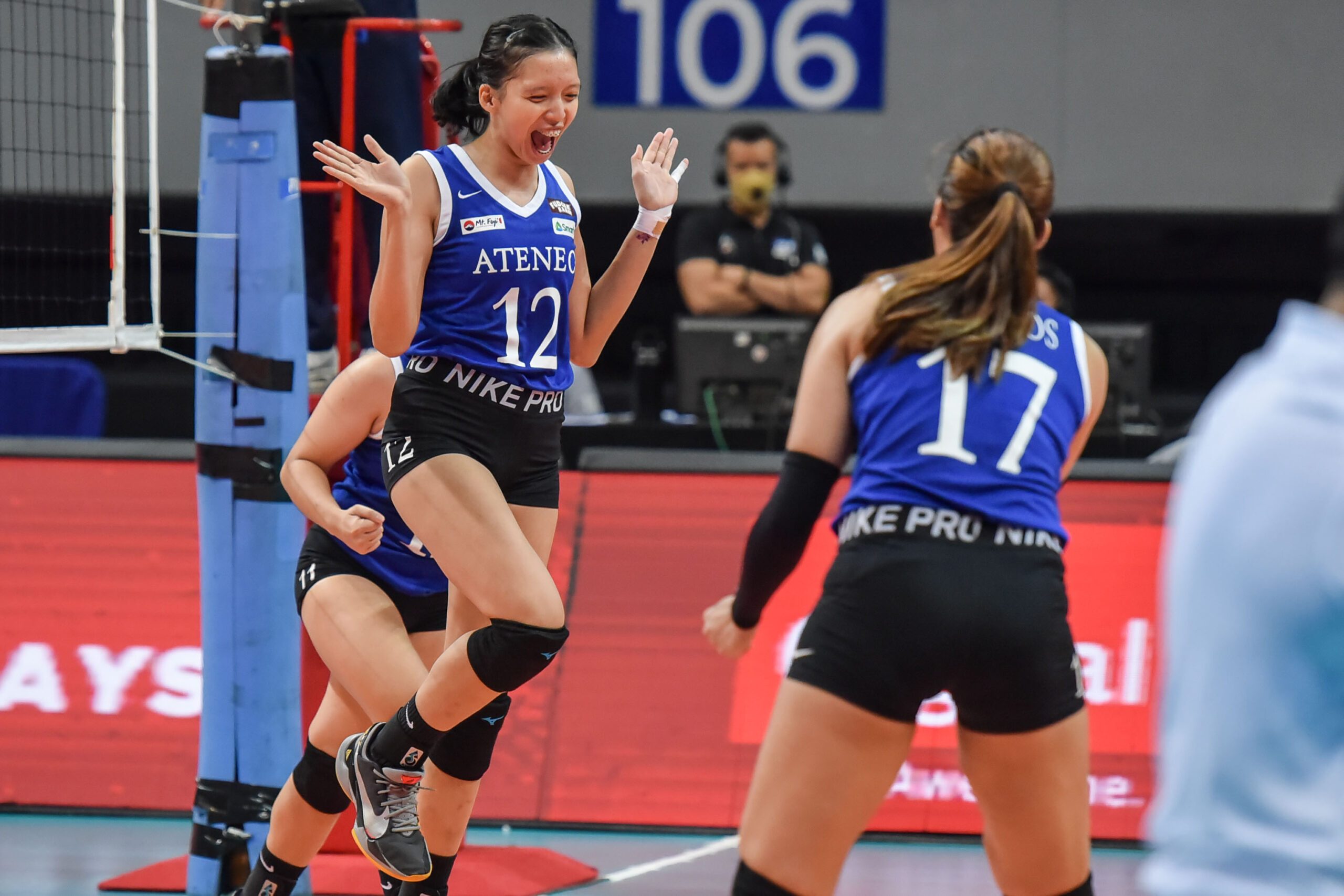 MANILA, Philippines – The Ateneo Blue Eagles bounced back in the UAAP women’s volleyball tournament with a huge statement sweep of the second-ranked UST Golden Tigresses, 25-20, 25-20, 25-20, at the Mall of Asia Arena on Tuesday, May 31.

Leading scorer Faith Nisperos led the way anew for the defending champions with 18 points off 15 points, 2 aces, and a block, while Joan Narit shined with 11 markers in the win that hiked the fifth-place Eagles’ record back to an even 5-5.

Following a pair of 20-25 set losses, UST looked primed for a comeback after tying the third frame, 18-all. However, the Tigresses’ defense got ripped apart as the Eagles sparked up a 5-0 run, capped by a Gandler ace after back-to-back Nisperos points.

UST only got within 20-24 before Nisperos spiked one final kill for Ateneo’s third straight 25-20 finish for the win.

“We prepared for this and it manifested in our plays. We had lapses, but we recovered right away,” added Almadro, who was looking at a must-win situation to catch up with fourth-placer Adamson.

MVP candidate Eya Laure – after scoring more than 20 points in her last four games – got checked to just 14 markers on an 11-of-38 attack clip, albeit with 14 excellent receptions, and 6 excellent digs to salvage her line.

With the loss, UST dropped to a 7-3 record after seeing its four-game winning streak snapped. Incidentally, the last time the Tigresses lost was also Laure’s last sub-20 scoring game – an 18-point outing against unbeaten NU back in May 14.

Ateneo now aims for a new winning streak against winless UE on Thursday, June 2, 6:30 pm, while UST makes moves toward a bounce-back in another potential thriller against third-ranked La Salle earlier that same day at 12:30 pm. – Rappler.com