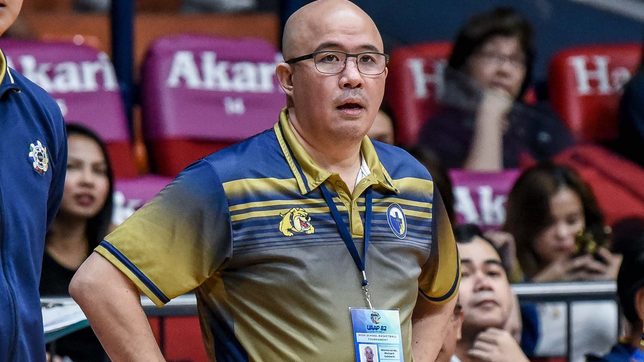 The retooling UP Fighting Maroons are bringing in another new face to their seniors mens’ basketball program with the hiring of decorated high school mentor Goldwin Monteverde as head coach on Friday, August 13.

However, there would still be a semblance of continuity left with the blue-chip recruit hotbed as former UP chief tactician Bo Perasol has also been tapped as the team’s program director, according to a statement by school chancellor Dr. Fidel Nemenzo.

Monteverde made a name for himself in the juniors basketball scene as a multi-time champion with Chiang Kai Shek, Adamson, and Nazareth-NU, a run capped off with an immaculate 16-0 sweep by the Bullpups back in 2019.

He has long been rumored to be in the running for the UP head coaching job and the flames of intrigue were further fanned after his former star Bullpups like Carl Tamayo, Gerry Abadiano, Cyril Gonzales, and Terrence Fortea came scampering into the Maroons’ yard.

Keeping close tabs meanwhile with UP’s future moving forward is Perasol, who led a five-year renaissance of the Maroons from perennial cellar-dweller to finals contender.

Monteverde will now inherit from Perasol a vastly-different UP team still filled to the brim with promising talent.

Despite the gradual exit of stars like Kobe Paras and brothers Juan and Javi Gomez de Liano, the Maroons will still parade the former NU juniors core alongside other blue-chip prospects like CJ Cansino, Malick Diouf, JB Lina, Joel Cagulangan, and RC Calimag, among others. – Rappler.com