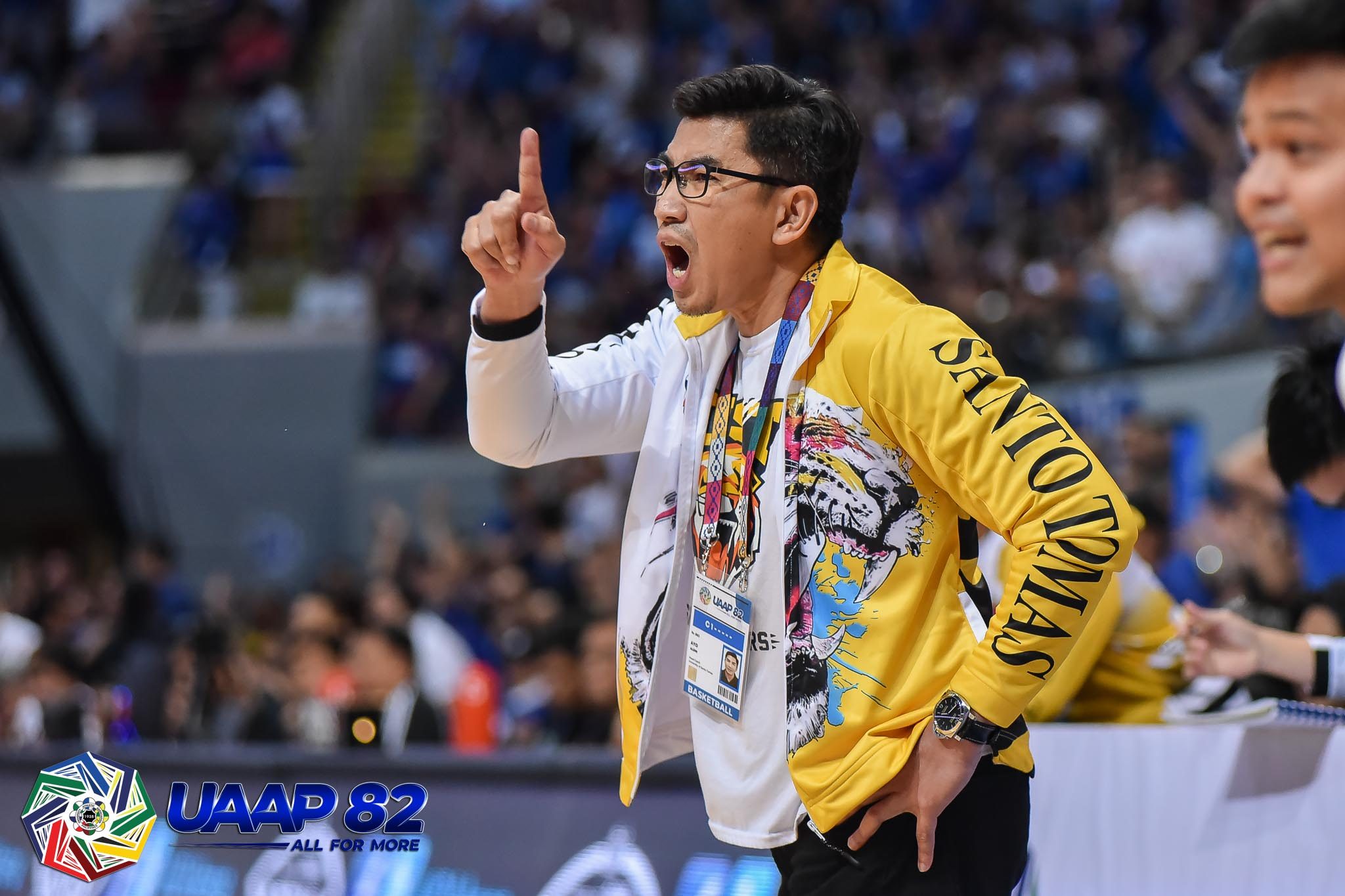 The decorated collegiate coach can no longer mentor any UAAP team indefinitely.

After weeks of deliberation, the UAAP has slapped an indefinite ban on former UST Growling Tigers head coach Aldin Ayo on Wednesday, September 9.

The league ruled that Ayo, who steered the Tigers to the UAAP Finals last season, endangered the “health and well-being” of his players in the UST men’s basketball team.

Ayo had come under fire for bringing the Tigers to Sorsogon for a training camp, which is a violation of the government’s health protocols amid the pandemic.

The decision on the league ban was arrived upon after a deliberation by the UAAP Board of Managing Directors (BMD), which was then ratified by the league’s 8 school presidents, the Board of Trustees (BOT).

“The ban is based on the UST report that showed Ayo endangering the health and well-being of the student athletes under his charge when he conducted the training during a government-declared state of public emergency intended to arrest the COVID-19 outbreak,” the league statement said.

The decision came days after Ayo resigned from his coaching post, noting that he “unnecessarily exposed” the university to “much condemnation.” (READ: Aldin Ayo formally resigns amid UST investigation)

The university accepted his resignation and vowed to rebuild its athletic program with “compassion and competence.” (READ: UST accepts Aldin Ayo resignation with a ‘heavy heart’)

Ayo, known as the “Master of Mayhem” for his pressing style of defense, won his first UAAP championship in his debut season for the La Salle Green Archers in 2016, one year after also winning his first NCAA championship with Letran.

He then coached the Archers for another season before jumping ship to España with the Tigers, where he again worked his magic and led the team to an unprecedented Season 82 finals run against the dynastic Ateneo Blue Eagles.

His stellar collegiate coaching run, however, came to a full stop after being pointed as a central figure in the “Bicol bubble” controversy sparked by the ouster of former team captain CJ Cansino.

In less than a month, 5 of his players found new teams elsewhere, led by Cansino who transferred to the UP Fighting Maroons.

Ayo and his assistants McJour Luib and Jinino Manansala then tendered their resignations, leaving a once-promising program with no choice but to go through another rebuilding phase heading to Season 83 in 2021.

The worst is not yet over for Ayo, however, as the Commission and Higher Education (CHED), the Department of Interior and Local Government (DILG), and the Inter-Agency Task Force (IATF) through the Department of Justice (DOJ) are all still conducting their respective investigations for more possible sanctions. – Rappler.com