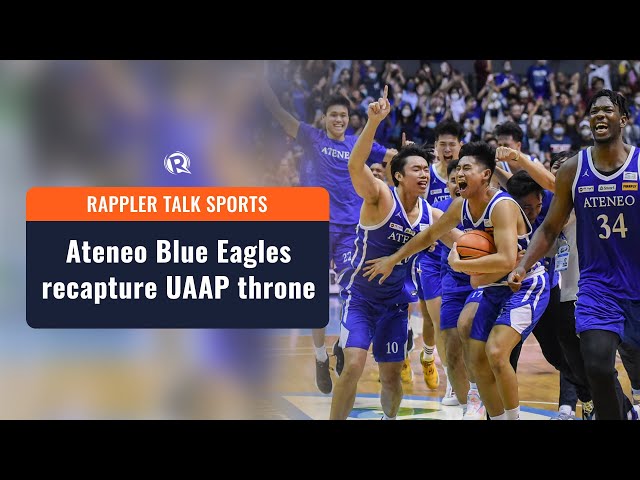 MANILA, Philippines – For the fourth time in five seasons of the University Athletic Association of the Philippines (UAAP), the Ateneo Blue Eagles are champions once again.

The Blue Eagles reclaimed their lost glory and captured the Season 85 title, dethroning the UP Fighting Maroons in the do-or-die Game 3 on Monday, December 19.

Learn more about what it took for Ateneo to beat the University of the Philippines and regain its place atop the UAAP. The Blue Eagles grace a special episode of Rappler Talk Sports on Thursday, December 22, at 2 pm.

Ateneo coach Tab Baldwin looks back on how they overcame a failed four-peat bid as they returned the UAAP crown to Katipunan, doing it at the expense of the same Fighting Maroons squad that broke their hearts in Season 84. – Rappler.com