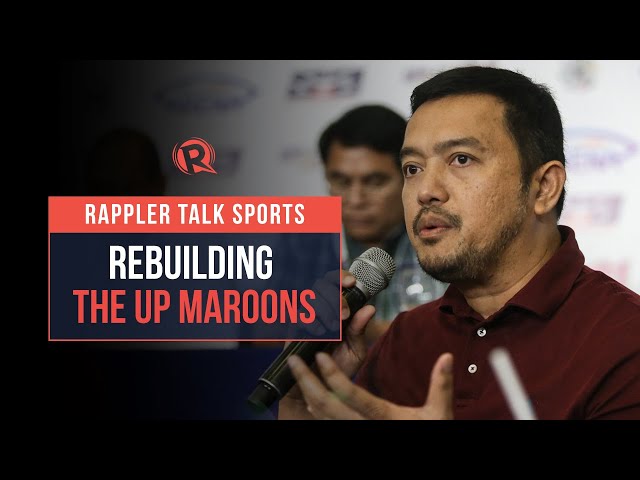 With Bo Perasol stepping down from his post as head coach of the UP Fighting Maroons, what does the future hold for the University of the Philippines’ basketball program?

That is the question that will be answered when Perasol, who is now the UP men’s basketball team’s (UPMBT) program director, guests in an episode of Rappler Talk Sports along with Fighting Maroons team manager Agaton Uvero and Nowhere to Go but UP chairman Renan Dalisay on Thursday, July 15, at 8 pm via Rappler YouTube, Facebook, and Twitter.

The trio will be joined by Naveen Ganglani, host of Rappler’s At the Buzzer podcast and Sports wRap, as they also discuss who might fill the big shoes left behind by Perasol, who moves on to the next stage of his career after achieving success in his old one.

Perasol took over the UPMBT’s coaching responsibilities in 2015 with the goal of setting a winning culture for the team he used to play for.

He turned the Maroons’ reputation from perennial losers to respectable in just one year, and two seasons later, helped lead UP to its first UAAP men’s basketball finals appearance in 32 years.

Whoever takes over Perasol’s role will have the opportunity to lead a potential finals contender.

Despite the departure of Kobe Paras and brothers Juan and Javi Gomez de Liaño, UP still has the services of Ricci Rivero, CJ Cansino, Malick Diouf, Carl Tamayo, Gerry Abadiano, and Terrence Fortea, among others. – Rappler.com