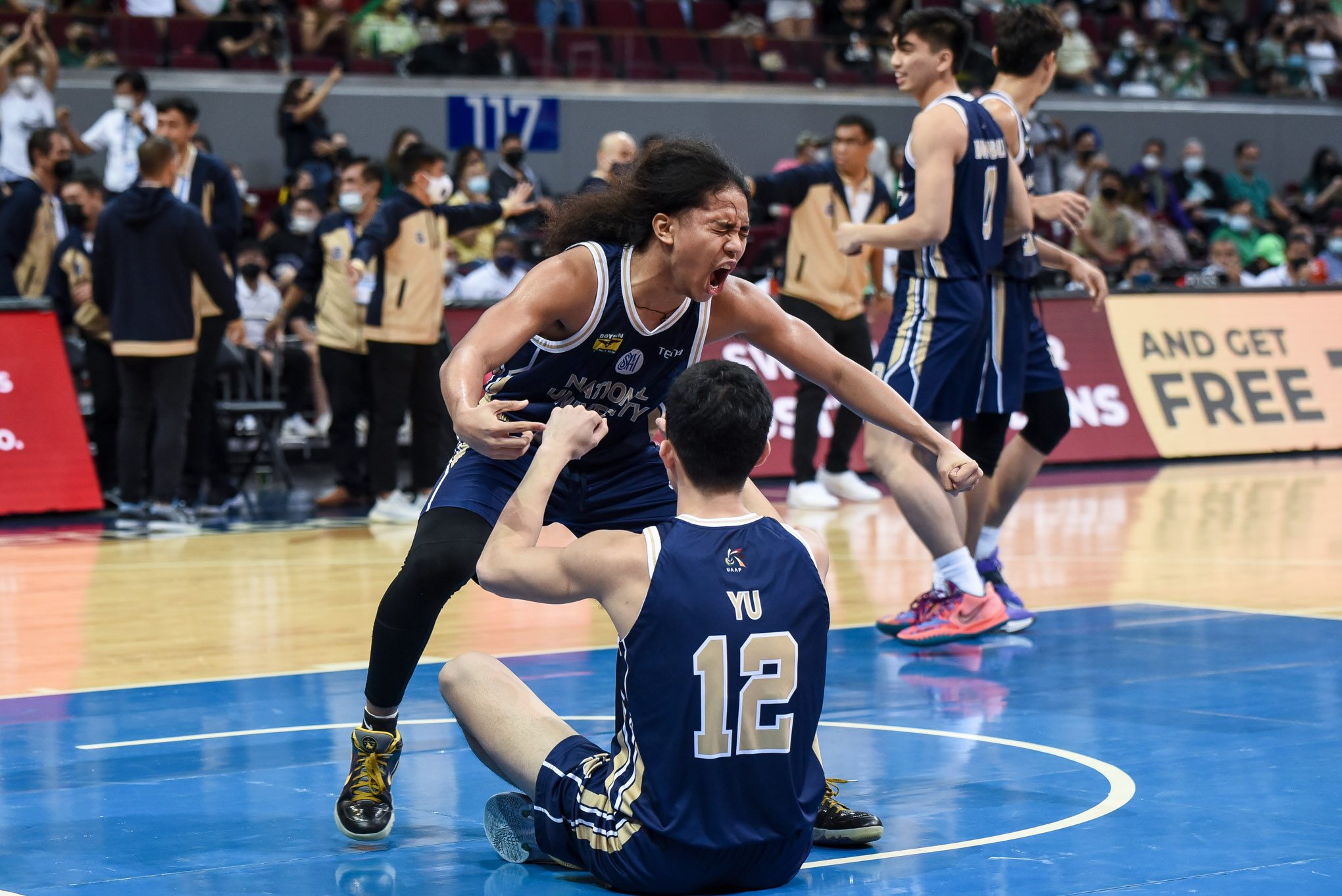 Facebook Twitter Copy URL
Copied
One of NU's homegrown high school standouts, Steve Nash Enriquez rises to the pressure of his own team and now leads the Bulldogs to their best start since 2014

MANILA, Philippines – NU playmaker Steve Nash Enriquez continued to show great strides in his game as the Bulldogs extended their lead over the rest of the UAAP Season 85 men’s basketball field with a thrilling 80-76 escape over the La Salle Green Archers on Wednesday, October 19.

Playing in just his third game coming off a nagging hamstring injury, the sophomore standout reset his season-high scoring mark with 16 points in just 23 minutes off the bench built on 4-of-7 shooting from three, plus 3 rebounds and 3 assists.

Paired with 16 more points from John Lloyd Clemente and a 15-point, 12-rebound, 4-steal, 2-block line from foreign student-athlete Omar John, Enriquez helped provide the stabilizing presence needed to lift NU to a 5-1 record – its best start since its title-winning Season 77 run in 2014.

Head coach Jeff Napa – the architect behind the Bulldogs’ stellar start – revealed that he has by no means taken it easy on his fast-rising ward in his journey so far.

“Nash and I, we fight, and I scold him, but at the end of the day, that’s nothing. He knows that we correct. He knows that I need him. I’m happy that he didn’t leave me,” he said in Filipino.

“I’m happy that he’s raised well by his parents. God-fearing and does not care about the perks whatsoever. Also having that desire to prove himself to get out of the shadows of others, that’s what’s great with Nash. You can challenge everything.”

For his part, Enriquez is just focusing on the task at hand as he continues to repay the trust given to him by his coaches and teammates.

“We’re just thankful that we won. We have a lot left to fix because we relaxed in the end. That should have been our game. But in the end, we were hungrier than [La Salle] and we got the win.”

With NU so far enjoying a level of success not seen since the time of stars like Jayjay Alejandro and Troy Rosario, Napa continues to be proud that while he doesn’t have the same loaded rosters as other schools, his players’ hard work proves more than enough to offset the pure talent he says they lack.

“We’re not talented, I’ve said that… These guys are just fearless,” he said. “They have great hearts that’s why their talents show. They don’t care whomever they face.”

“It’s a good thing that that’s their mindset. No matter the opponent, they don’t care as long as they’re doing their job. That’s what I preach to them. No matter what the problem, they really face it head on.” – Rappler.com