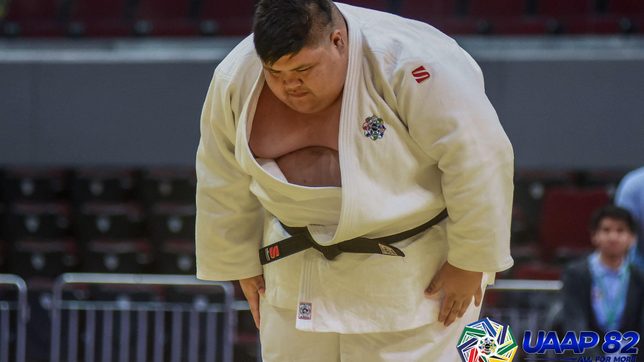 MORE THAN A CHAMP. Friends describe Dither Tablan as a ‘gentle giant’

Friends, family, and colleagues took to social media to mourn for Tablan, who died of a heart attack. Many described him as a “gentle giant.”

He graduated from UST in 2020 with a degree in Sports and Wellness Management.