Kevin Quiambao completes redemption over UP after horror UAAP debut 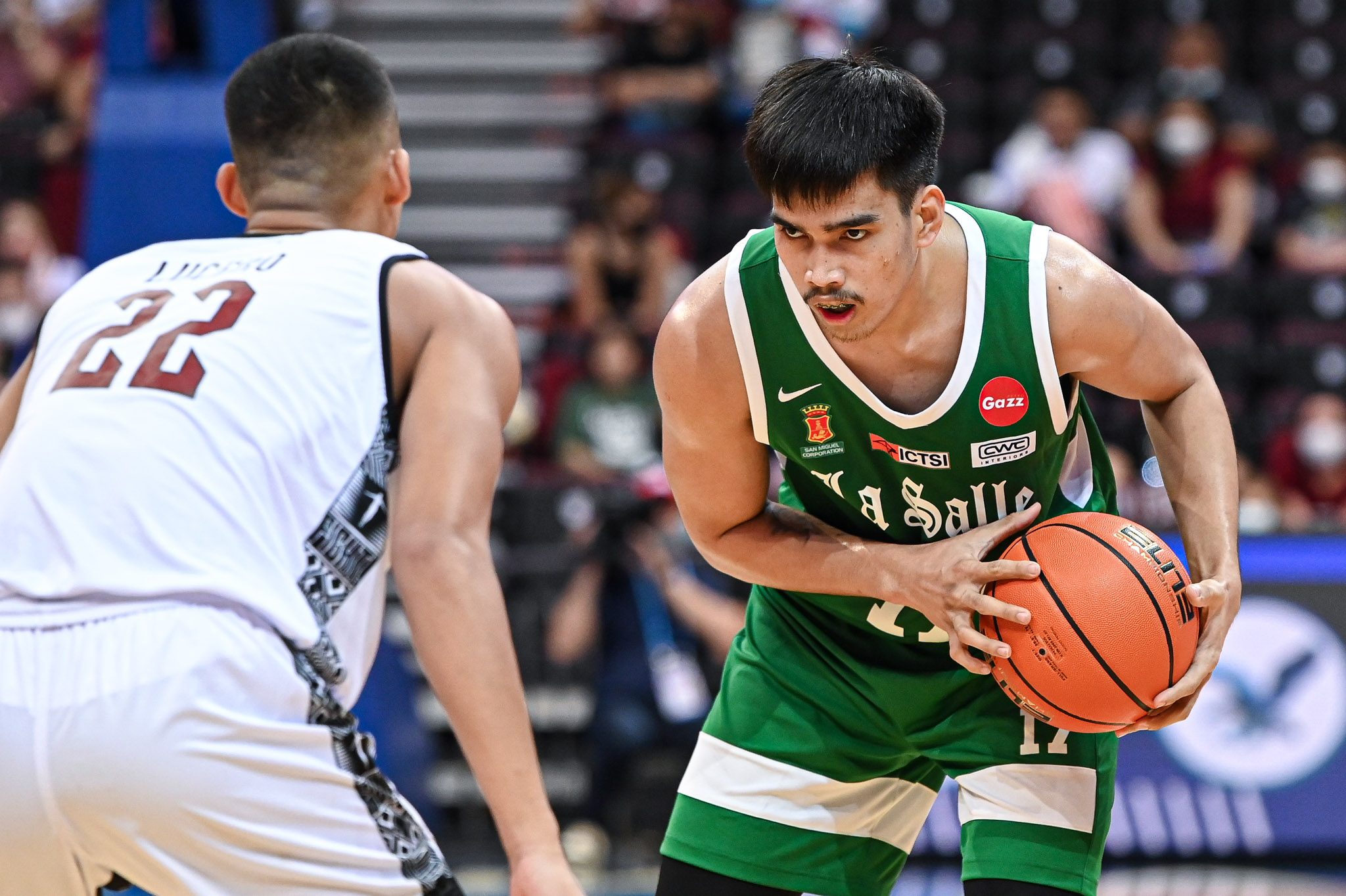 Facebook Twitter Copy URL
Copied
La Salle's forward takes over in the clutch in the Archers' rematch with the Maroons, to erase the memory of his lackluster UAAP seniors debut

MANILA, Philippines – La Salle star rookie Kevin Quiambao can now forget his UAAP seniors debut last October 1, where he missed his first 10 shots on the way to a 69-72 Green Archers loss to the UP Fighting Maroons.

A month and a half later, the Gilas Pilipinas prospect once again clashed with the defending champions, and this time did not let his team down. He came up big with 18 points – 13 in the fourth quarter alone – to help La Salle eke out a nail-biting 82-80 decision and snap UP’s seven-game winning streak.

It was a much-needed performance both for Quiambao and the Green Archers, as they are currently just holding their heads above water in a huge, four-team battle for the fourth spot in the UAAP Season 85 men’s basketball tournament.

“I only had two points in the first half, so the memory of my first game and my rookie jitters came back,” Quiambao said in Filipino. “I told myself, I’m not going to let that happen again.”

“Coach [Derick Pumaren] told us we cannot beat UP based on talent and we had to beat them as a team. So we regrouped in the third and fourth quarters, and I’m glad we got the win against the defending champions,” he said.

It was simply a Kevin Quiambao clutch performance, as he took over with his trademark mid-range floaters, smooth jumpers, and good, old-fashioned hustle on rebounds and defense.

Coupled with EJ Abadam’s clutch buckets and Mark Nonoy’s 13-point eruption in the third quarter, La Salle eventually completed its comeback from 12 points down in the second half, creating enough cushion to absorb UP’s late three-point barrage that ultimately fell short at the final buzzer.

Proud as he is right now of Quiambao for stepping up even without MVP candidate Schonny Winston for the fourth straight game, Pumaren is nonetheless keeping his focus on the bigger picture: La Salle still has a losing 5-6 record with just three games left in the elimination round.

“We know we’re happy, but we cannot be too happy about it, because we’re not there. The job is not done yet,” he said. “Hopefully we learned from the game against Ateneo when we won, where we thought the season was over for us, that it was going to be a walk in the park.”

“It’s not going to be a walk in the park right now. We still have to play tough teams, and teams that are trying to catch up in the Final Four. We just got to prepare. We just got to stay grounded,” Pumaren said. – Rappler.com