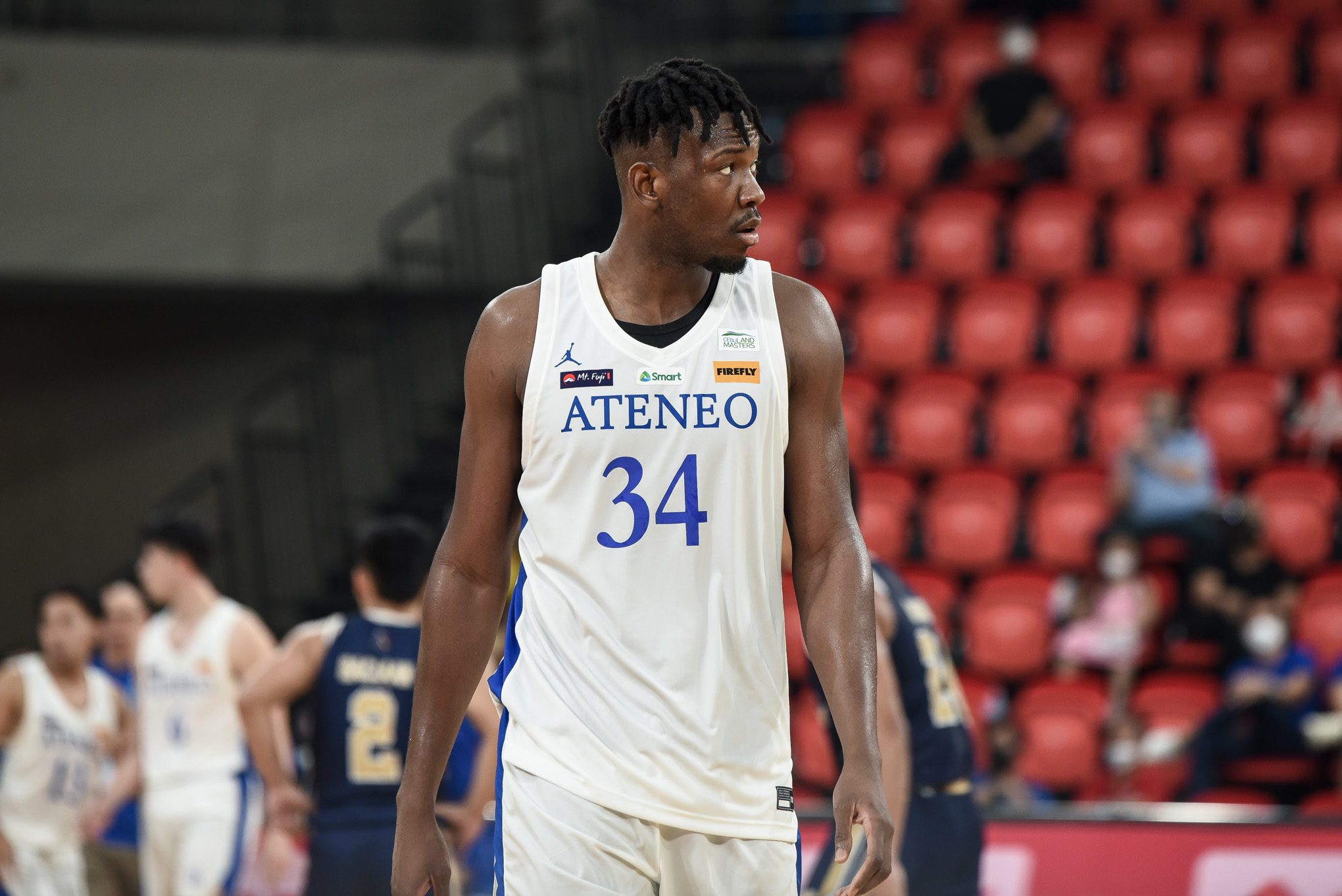 MANILA, Philippines – So far in the UAAP Season 85 men’s basketball tournament, Ateneo star Ange Kouame has lived up to his lofty billing as the reigning league MVP with a pair of noteworthy performances in wins against FEU and NU.

The naturalized Filipino center stuffed the stat sheet like he always does with two-game averages of 14.5 points, 13.0 rebounds, and 3.0 blocks as the Blue Eagles soared to a quick 2-0 standings lead alongside defending champion and Season 84 tormentor UP.

Numbers like these are nothing new for the fifth-year collegiate veteran, so it may surprise some fans that Kouame is still dealing with recurring pains from a partial ACL tear that kept him from fulfilling his Gilas Pilipinas national team duties after the UAAP finals.

But the man himself plainly refused to even start thinking about his physical issues as the Eagles continue their redemption tour following a halted four-peat title bid.

“I can’t really answer that,” he said when asked about his condition after the NU game. “I don’t plan to think about it. I just go to the games, play the games the way I always play. If it hurts, it hurts. If it doesn’t, I can go.”

Head coach Tab Baldwin, meanwhile, painted a clearer, albeit grimmer picture regarding his prized ward’s outlook after their opening weekend win against FEU.

“The knee’s just not a healthy knee. That’s a fact of life. There’s nobody that can exploit it, because he only has one gear – it’s all out. I didn’t see his stat line today, but I think he still is short of his rhythm, his coordination,” said the decorated mentor.

“You take a 7-foot, 23-, 24-year-old player who’s been in the game for four, five years, and you sit him out for two months? Man, that’s tough on him. So, he’s doing more than I expect at this point. I just hope the knee holds up.”

Whatever happens next with his knee, Kouame is just focusing on the road ahead as he maintains a “one game at a time” mindset that most athletes follow religiously, especially now that the UAAP season has been stretched out to resemble a pre-pandemic flow.

“I’m really happy with the way the team comes together, trying to execute as much as we can, but we still lack some reads, especially on defense, too. I think we’re going to go back, watch the video, and try to get better for the next game.” – Rappler.com