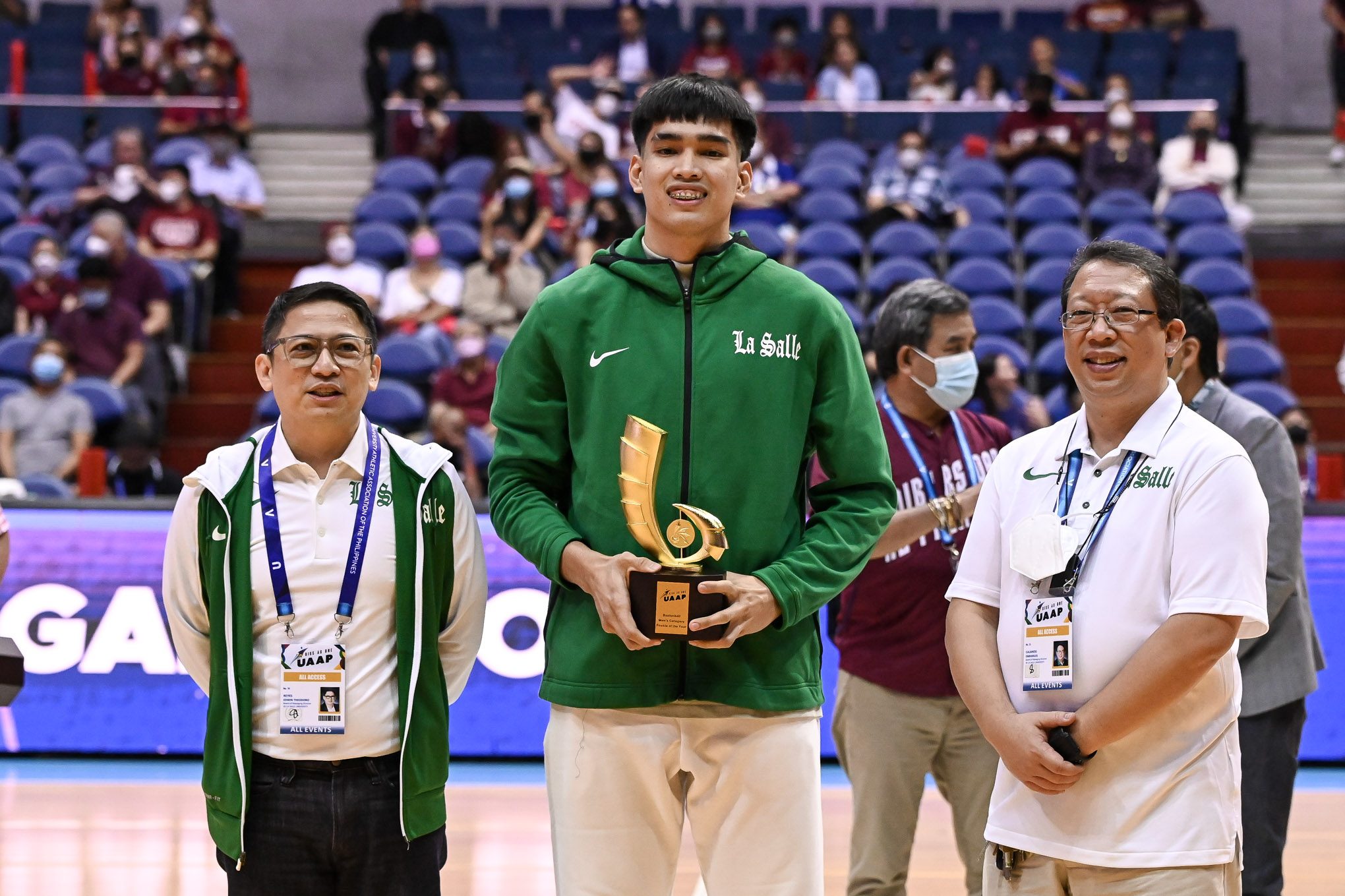 MANILA, Philippines – Kevin Quiambao has quashed speculation that he is leaving La Salle after verbally committing to at least one more season for the Green Archers in the UAAP men’s basketball tournament.

Following his Season 85 Rookie of the Year coronation on Wednesday, December 14, the Gilas Pilipinas prospect attributed his desire to stay to the Archers’ disastrous campaign that saw them battle injuries, suspensions, and ultimately, a failed Final Four bid.

“[I want to go back] so much, because this season has been a rollercoaster ride. We had injuries and a lot of challenges that we faced. So there, we did not achieve our goal. Next season, we will try be as healthy as possible, and get that championship,” he said in Filipino.

“I’ve talked to everyone I need to in La Salle. Our goal is to be champions next season and I want to be a part of that group bringing the title back to Taft. I’m coming back for Season 86.”

In his first season with the green and white, Quiambao showed flashes of unique brilliance that made FIBA itself label him an incarnate of NBA MVP Nikola Jokic.

His award was La Salle’s lone bright spot after the MVP-caliber back court of Evan Nelle and Schonny Winston both dropped their candidacies due to suspension and injury, respectively.

However, Quiambao himself sparked rumors of his departure after posting on his social media accounts the caption “See you next season maybe.”

Coming into Season 86, despite the loss of Winston, the Archers will still have a loaded core of Michael Phillips, Mark Nonoy, CJ Austria, EJ Abadam, Penny Estacio, Raven Cortez, and Nelle – if ever he decides to opt in to his final year.

Quiambao returning to that lineup will certainly be a huge boost as the Archers continue their quest back to relevancy in the UAAP men’s basketball arena. – Rappler.com