Slow and steady as Olsen Racela, FEU get back to competition 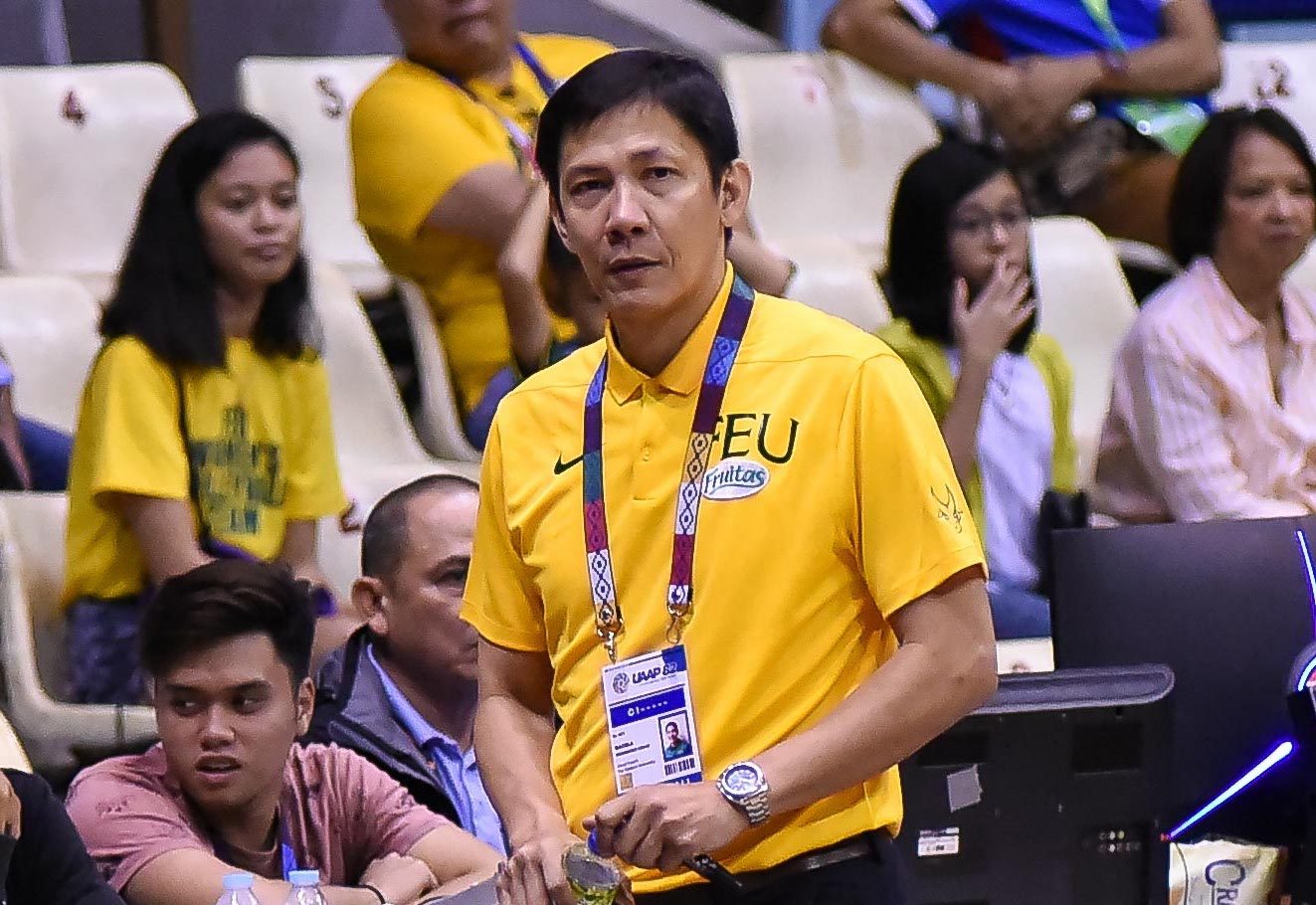 ADAPT. Olsen Racela says it has been an adjustment to prepare the Tamaraws with such limited time.

Although FEU only has one UAAP title in the past 15 years, the Tamaraws are almost always in the championship picture of the men’s basketball tournament, a rare accomplishment not lost on their faithful alumni and students.

A common fixture in the Final Four and, sometimes, in the finals itself, FEU often has a say in determining who reigns supreme from a competitive standpoint. At the very least, the Tamaraws make sure to give the ultimate champion a challenge each season.

That type of consistency, which is born out of continuity, will be more critical than ever as the UAAP makes its long-awaited return from a two-year hiatus on March 26.

“It’s an adjustment for us coaches because we’re not really used to this situation,” FEU head coach Olsen Racela admitted to Rappler in an exclusive interview.

“Before we would have nine-month or eight-month preparation. So normally we’d start at the end of January or early February for a September season, but now we’re going to cram.”

Like its contemporaries, FEU has its own bubble in its Diliman campus where coaches, players, and staff train daily and get RT-PCR tests weekly for safety precautions.

Practices take place for three consecutive days followed by a break and then two more days of practices before another break. It comes out to 10 practice sessions every two weeks.

The extra rest has been important as players look to remedy nagging injuries from sudden intense training following years of 5-on-5 inactivity.

Racela initially lent the reins of his team to longtime FEU assistant coach Eric Gonzales as Olsen, an assistant coach himself for Barangay Ginebra in the PBA, fulfilled his pro league duties.

The former Ateneo Blue Eagle champion player and now Tamaraws head coach rejoined his team in the bubble following the conclusion of the PBA’s elimination round.

FEU has been prepping double time, given the close proximity to the season-opening weekend.

“We have the same defensive system. We just have slight differences on offense, but we have the same philosophy. It’s not a big adjustment on the part of those coming from the juniors, but now it’s all about teaching.”

Before COVID-19 halted the UAAP, FEU had a promising 2019 campaign. Despite the departure of key veteran student-athletes, Racela’s team made the stepladder Final Four where it ultimately lost to finalist UST.

They were spearheaded by the strong play of their young recruits like LJ Gonzales, Xyrus Torres, and Royce Alforque, who all displayed encouraging signs in terms of continuing FEU’s winning tradition.

Although most of their players will be first- or second-year standouts, the years that have passed since the UAAP was present have provided maturity development for the Tams’ young standouts, at least from a personal perspective.

One rookie, who isn’t technically a rookie because of the years he’s had to develop, is crafty playmaker and national team standout RJ Abarrientos, the nephew of PBA legend Johnny Abarrientos.

“This will be his first year,” his head coach stated. “There are a lot of new players in the UAAP so we’re doing our best to prepare them. Everyone’s really excited. Sometimes very excited or too excited in practice so we have to keep them in check. You have to consider they’ve been away from competitive basketball for two years, so they’re really excited.”

Occasional weight training sessions are at 7 am. The students attend their classes from 9 am until 3 pm, followed by basketball practices. Because the team is in a bubble setup, there are opportunities for more film viewing sessions.

In their downtime, players play video games, hang out at the FEU field, or spend time at the computer room.

“With time constraints, it’s going to be hard to cram all the things that we want them to learn,” Racela emphasized.

“It’s a challenge, but we’ll just have to take it slow.” – Rappler.com