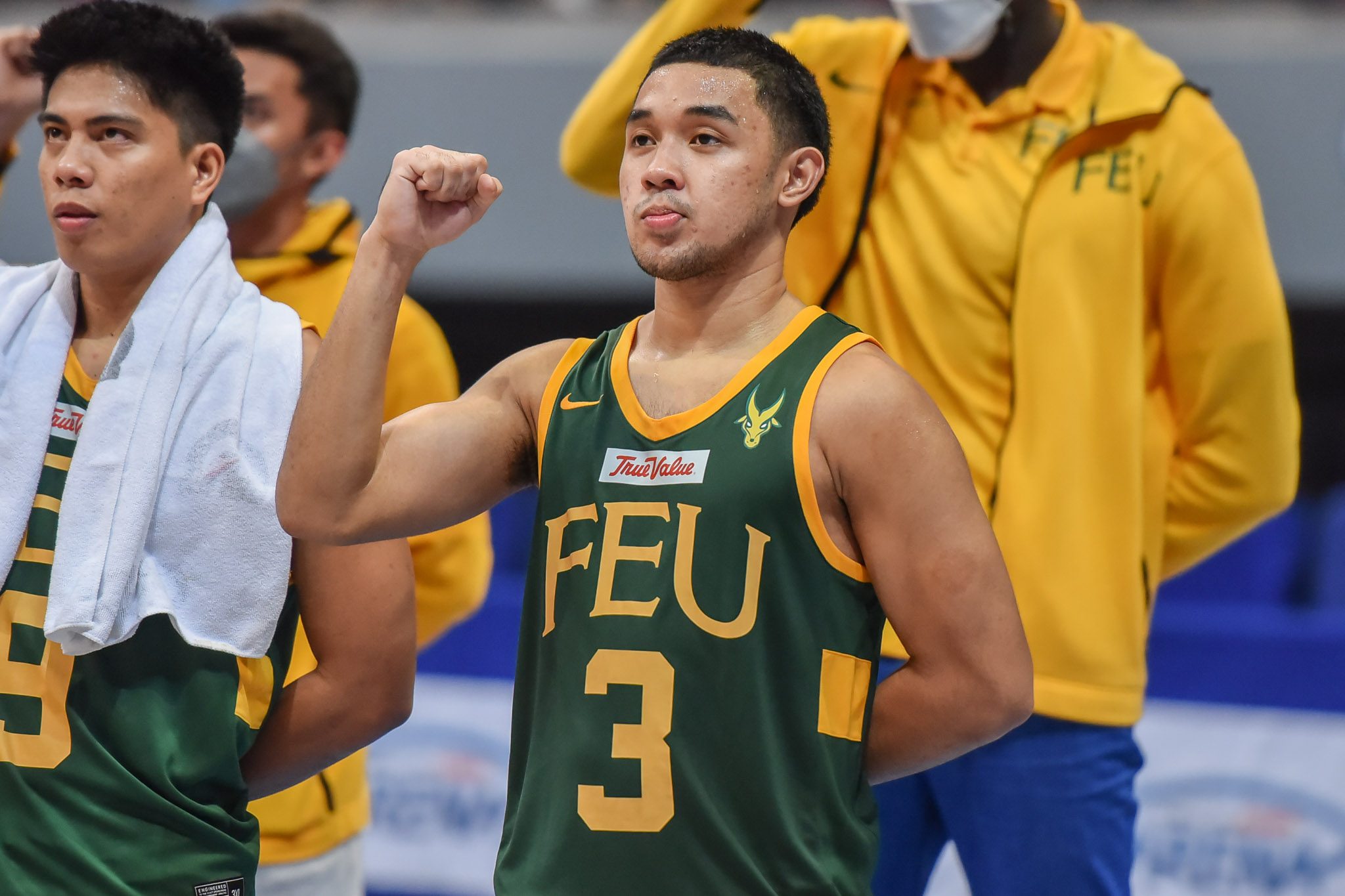 FUTURE IS NOW. RJ Abarrientos and the FEU Tamaraws look to continue their Final Four contention through the UAAP Season 85

Facebook Twitter Copy URL
Copied
Themes of growth and struggle were equally apparent in FEU's UAAP Season 84 campaign, and the young Tamaraws now carry much-needed experience for the next tournament

MANILA, Philippines – In recent UAAP basketball history, few teams are on the level of the FEU Tamaraws in terms of sustained excellence.

Ever since missing out on a Season 75 Final Four berth despite having a 9-5 record, the Morayta-based ballers have been on a near-decade long run to the playoffs with no missed post-season campaigns since 2013.

Peaking with a championship in 2015, the Tamaraws have been the UAAP’s (green and) gold standard in terms of smooth program transitions, and continued to prove it this season after rising from a 3-6 record in a frantic race to book the last Final Four ticket.

As such, head coach Olsen Racela has no regrets with how this first mid-pandemic campaign turned out, even after getting bounced out by the Ateneo dynasty for the fourth time in the last five post-season meetings.

“This team has really grown this season. All of them, the only thing I’m looking for with them is the growth,” he said in Filipino after their season-ending 85-72 loss.

“Before the season, coaches have plans for the team, the rotation, the players, but sometimes you get surprises during the season. We see players who grow, players who struggle, but at the end of the day, you just want them to give their best effort, and the results will follow.”

Indeed, the themes of growth and struggles were equally apparent in FEU’s early games, as RJ Abarrientos’ torrid start to his UAAP seniors career was hampered by a handful of key losses, including defeats to dark horse teams Adamson and NU.

By the skin of their teeth, the Tamaraws finally got the winning formula after winning four of their last five games, and by then, Racela saw the core pieces of his team’s future jelling together.

As Abarrientos dialed down his ball-dominant scoring sprees, the three-headed backcourt monster of him, LJay Gonzales, and Xyrus Torres got going at last, buoyed by the timely emergence of Patrick Sleat, James Tempra, Royce Alforque, and Bryan Sajonia.

Despite a slight scoring slowdown, Abarrientos still finished as the team’s leading scorer – and second overall in the league – with a 13.8 scoring average in under 25 minutes per game.

All these prospects are locked in for at least two more seasons, as two key cogs exited the program this season, namely the frontcourt duo of Brandrey Bienes and hulking reinforcement Emman Ojuola.

Coupled with the possible Season 85 returns of injured forward Chiolo Anonuevo and Season 82 foreign student-athlete Pat Tchuente, FEU has a chance to complete a decade-long streak of Final Four contention with no end in sight yet in the near future.

“We used this tournament to prepare for the coming season, so I hope they gained the much-needed experience,” Racela continued.

“We didn’t get the result we wanted for now, but I’m still proud of my players and my team.” – Rappler.com

Ateneo flexes might in FEU rout, moves a win away from 2nd straight outright finals spot