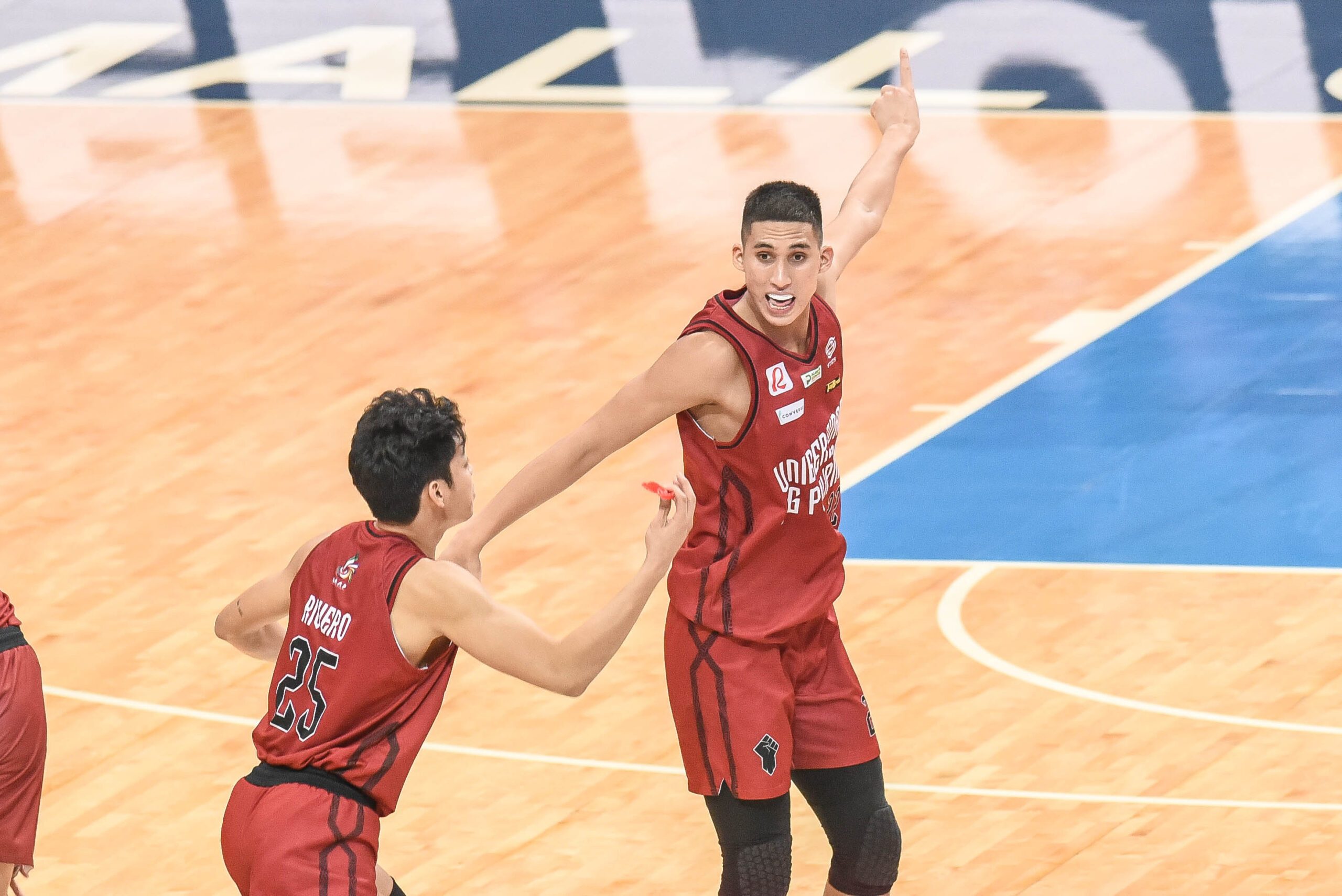 VITAL COG. Zavier Lucero earns a spot in the Mythical Team right on his debut season.

Facebook Twitter Copy URL
Copied
There’s still a ‘good chance’ that Zavier Lucero, who had a sensational UAAP debut in UP’s historic title run, will stay with the Maroons amid overseas offers

MANILA, Philippines – Despite interest from professional teams in Taiwan, there’s confidence within University of the Philippines that Filipino-American standout Zavier Lucero will play his final season of eligibility with the Fighting Maroons.

“Zavier is committed to stay with us in UP,” said basketball program director Bo Perasol.

“Being an excellent player as he is, Zav will definitely get offers not only from Taiwan but from other countries as well. It will be his last playing season this October.”

The next season is set to kick off in October, with the Maroons aiming for back-to-back crowns after ending a 36-year UAAP basketball title drought by stunning the mighty Ateneo Blue Eagles.

Trusted sources told Rappler that two Taiwan-based teams are aggressively pursuing the 6-foot-7 Lucero. Talks are ongoing, with a final decision expected within a couple of weeks.

The T1 League and P. League + are two popular professional basketball leagues in Taiwan, while the Super Basketball League is considered semi-professional.

Taiwan joins Korea and Japan as Asian countries with basketball programs that are looking at Filipino talent to strengthen their respective clubs.

UP team manager Agaton Uvero confirmed to Rappler that there have been “feelers” for Lucero coming from Taiwan, but the program is under the impression Lucero will play in Season 85, which was their understanding following last season’s conclusion.

Lucero visited home in California after the finals and is expected to return to the Philippines soon.