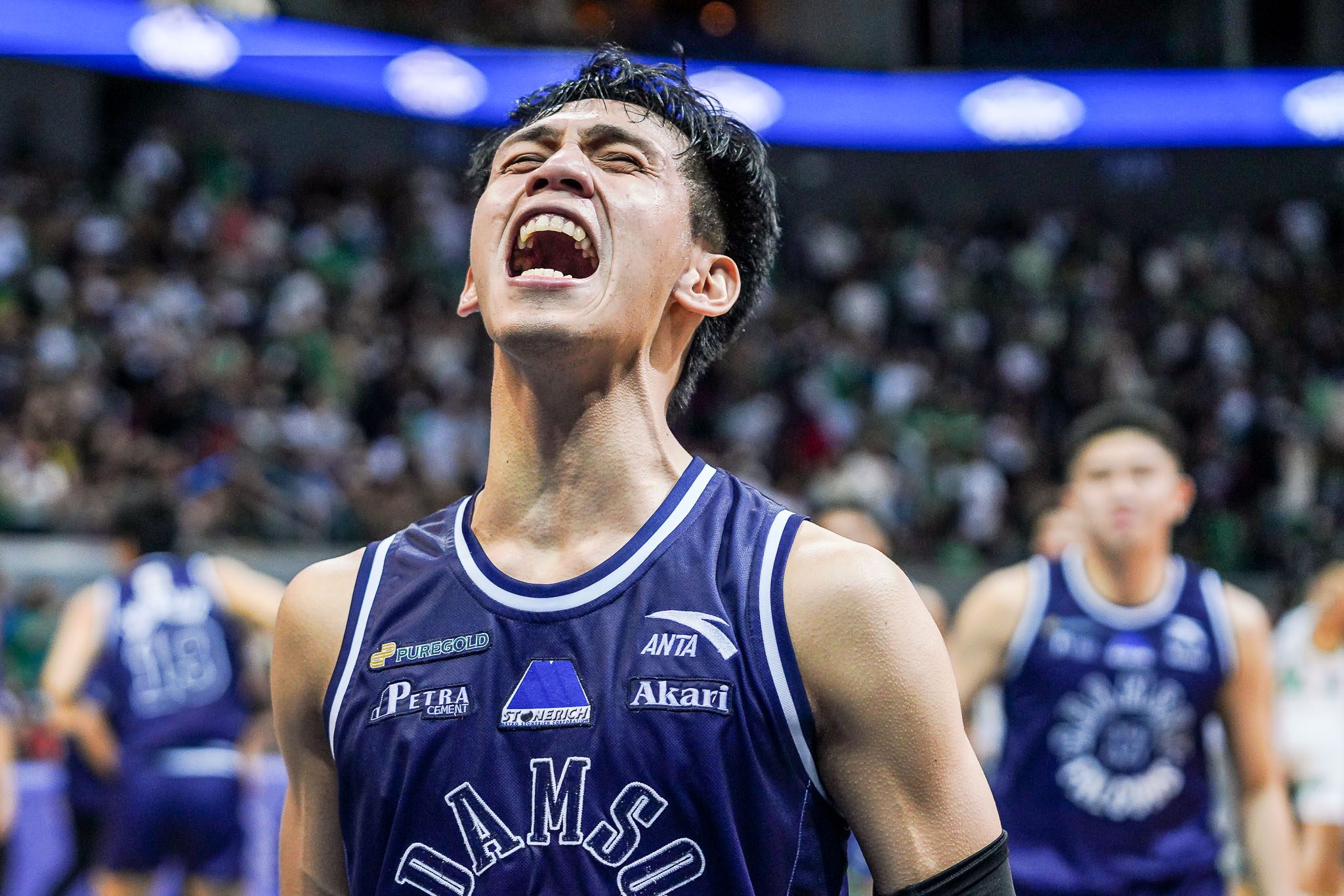 MANILA, Philippines – In one of the best games yet in the UAAP Season 85 men’s basketball tournament, the Adamson Soaring Falcons defied all odds to edge the La Salle Green Archers for the fourth and last Final Four spot, 80-76, at the rocking Mall of Asia Arena on Sunday, December 4.

King Falcon Jerom Lastimosa practically showed no signs of a once-dislocated right foot as he carried the offense with 22 big points on 4-of-10 shooting from three to go with 6 assists in almost 32 minutes on the floor.

Joshua Yerro and AP Manlapaz, meanwhile, made the most of their respective 17-minute appearances off the bench with 13 and 11 points as Cedrick Manzano scored 8 with 12 rebounds.

Coming off a 13-point deficit to start the second half, 38-51, Lastimosa alone poured premium gas on Adamson’s flickering fire with a personal 11-0 run highlighted by a huge four-point play to give the Falcons a 57-56 lead with 2:48 left in the third quarter.

From there, both teams exchanged leads and took turns increasing their fans’ blood pressure until La Salle peaked with a 71-67 gap with 4:43 left to play off back-to-back CJ Austria hustle buckets.

Still, the Falcons powered on and once again took a 75-74 lead off a huge Lenda Douanga floater with 1:32 remaining, quickly followed by a Manzano reverse layup, 77-74, with 54 ticks left.

Although Evan Nelle forced a steal and score to get within 76-77 with 15.4 seconds remaining, Adamson held firm on both ends as Yerro set the final score with one last split trip from the line amid a roaring sea of Falcons fans.

Nelle matched Lastimosa with his own 22-point effort with 7 assists, but also had 7 turnovers to boot.

Mark Nonoy sparked La Salle’s early scoring run with 15 points – 8 coming in the first quarter alone – on 4-of-9 shooting from deep, while Austria scored 11 with 5 boards and 4 assists, but finished with a team-worst plus-minus of -16.

In an interesting development, Winston posted an Instagram picture of the arena’s scoreboard supporting his teammates from somewhere in the fan stands, and was not at the bench throughout the game.

No representative from La Salle addressed the media after the sorry loss as Winston ended his UAAP career in unceremonious fashion.

Adamson now faces its elimination round tormentor and top seed Ateneo Blue Eagles on Wednesday, December 7, 6 pm, at the Araneta Coliseum, while the second-ranked UP Fighting Maroons and third-placer NU Bulldogs start the postseason wars at 2 pm.