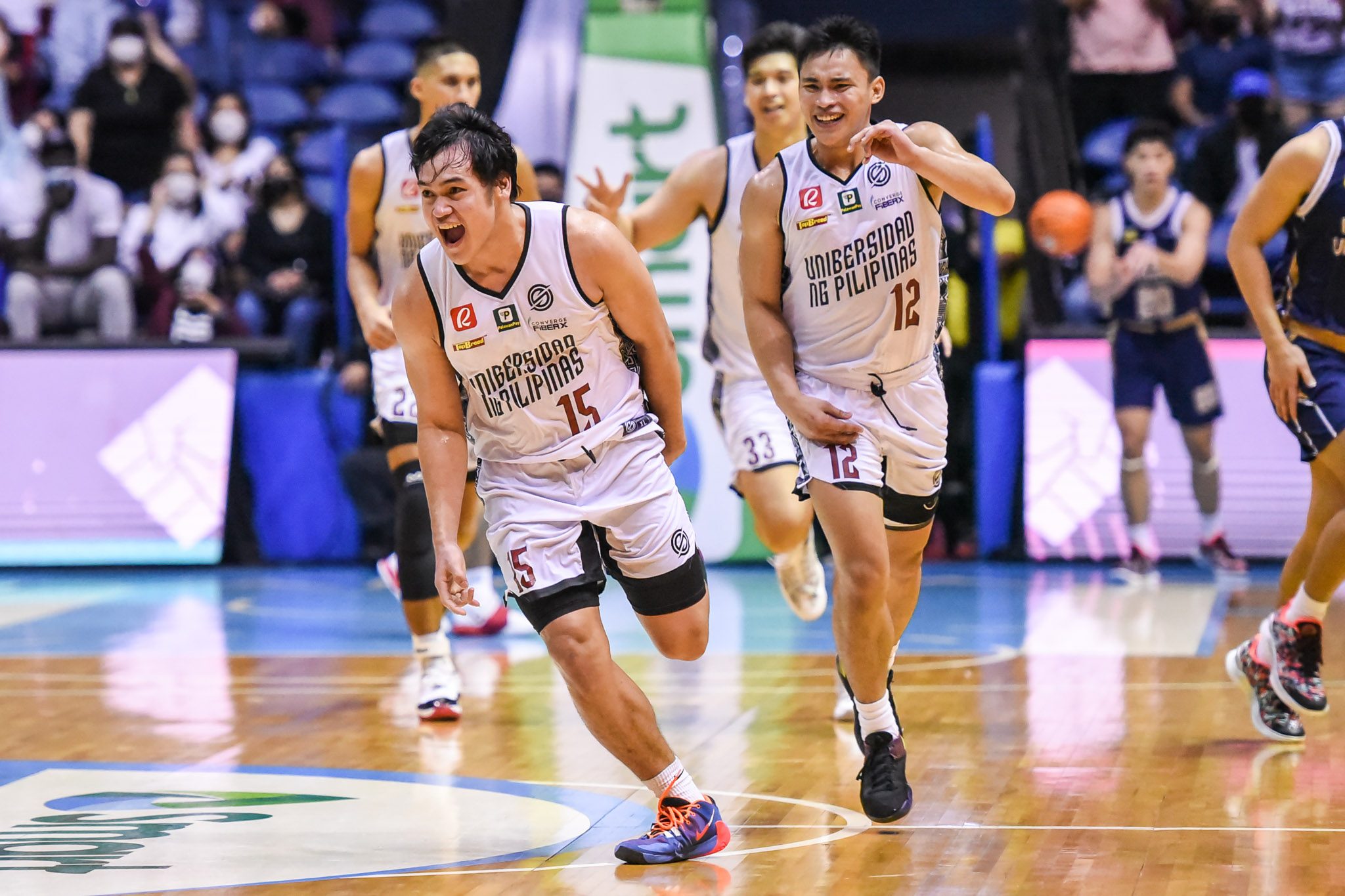 MANILA, Philippines – In another testament to the depth of the UP Fighting Maroons, former injury reserve Cyril Gonzales broke out at the most opportune time to help lift the defending champions to a 75-63 revenge win over their UAAP Season 85 first-round tormentor NU on Sunday, October 30.

Yet another one of head coach Goldwin Monteverde’s longtime wards dating back to high school, the former NU Bullpups standout repaid an extended 21-minute run in the rotation with a career-high 15 points – a whopping 12 coming in the fourth quarter alone.

Alongside established team star Zavier Lucero, Gonzales waxed hot on offense and locked down on defense to help keep NU scoreless in the final 4:33 of regulation – a period in which the Maroons put the game out of reach with a final 13-0 blitz.

Following multiple breakouts this season by former star Bullpups like Terrence Fortea and Gerry Abadiano, Monteverde is not the least bit surprised that Gonzales would eventually have his own time under the spotlight in the seniors ranks.

“Honestly, ever since before, I already know Cyril’s capabilities,” he said in Filipino. “I think he was given that moment to show what he can do and we all trust him big time. I’m just really happy with the way he played in the fourth quarter.”

Gonzales, meanwhile, downplayed his pivotal contributions, saying that he just made the most of the opportunities given to him.

“I’m happy, of course. I just did what I was supposed to do. The points are just bonuses,” he said in Filipino.

“I’m just treasuring coach’s trust in me to do my role with the team. Whatever happens after the game, we are a whole unit. Coach trusts in me and I believe in the role he’s giving me.”

Thanks to Gonzales’ timely eruption, UP avoided a season sweep at the hands of NU and instead rose further away from the rest of the pack with a 7-1 record at solo first place.

Heading to the Maroons’ next game against the ever-dangerous Adamson Soaring Falcons, Monteverde will once again lean on his longtime wards to deliver when he needs them the most.

More often than not, as is the case with Carl Tamayo, Fortea, Abadiano, and now Gonzales, they never fail to deliver when their number is called upon. – Rappler.com