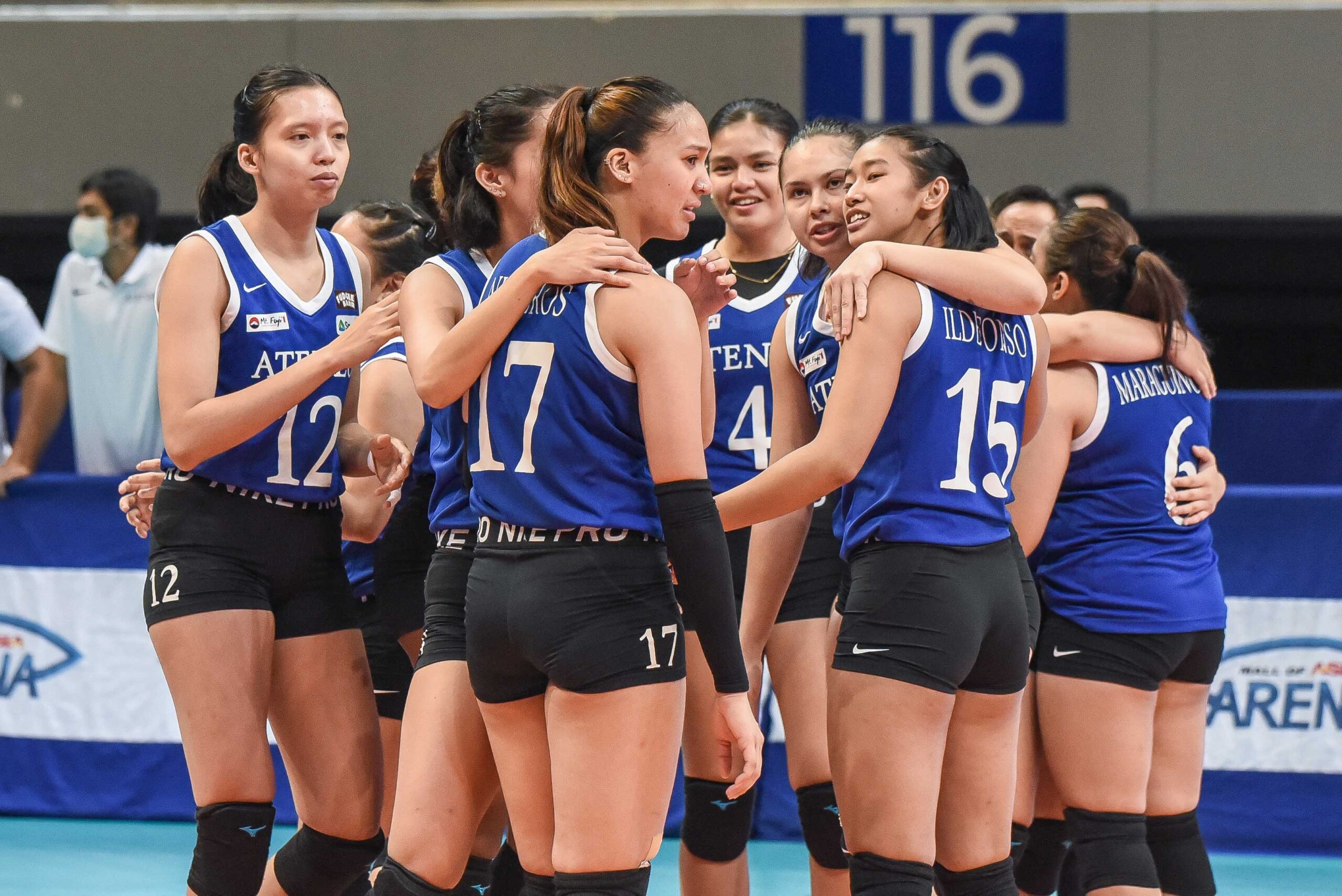 TURNAROUND. The Ateneo Blue Eagles reach the Final Four despite a rough start to the season.

Facebook Twitter Copy URL
Copied
‘Like they said, the time may not be now, but this team will definitely fight until the end for the years to come’

MANILA, Philippines – The Ateneo Blue Eagles captured the attention of both fans and critics alike after a strong title defense attempt at the UAAP Season 84 women’s volleyball tournament.

Needing a fourth-seed playoff game to qualify for the Final Four after a 0-3 elimination round start, the young, but gutsy Eagles caught fire late in the season, and conquered other contenders like Adamson and UST.

Although their Cinderella run soon garnered comparisons to the Alyssa Valdez-led Season 76 title team which also overcame great odds, the new-age Eagles were ultimately unable to solve a familiar and formidable puzzle – the La Salle Lady Spikers at the stepladder semifinals.

Despite the season-ending loss to their heated rivals, no less, Ateneo head coach Oliver Almadro was nothing but upbeat as he praised his girls’ resilience amid adversity.

“I’m so happy and I’m proud of my team. I guess this is not yet the right time for us. Imagine we started 0-3, and we [could have] started doubting each other, doubting our talents, doubting our faith,” he said.

“But we never did that, we never allowed doubts to creep in. We fought, we fought.”

Once packed with bright stars like Deanna Wong, Bea de Leon, Maddie Madayag, and Kat Tolentino, Ateneo – now an underdog after the pandemic hiatus – found its shining hope in the form of spiker Faith Nisperos.

Like any budding leader a decorated program desires, the 22-year-old instantly sought improvement for herself and her teammates the moment they lost their shot for back-to-back championships.

“I really want to improve our on-court maturity. Skill-wise, I’ve already gotten help from my coaches, so the next step is maturity. It’s something I have to work on myself and with the help of my coaches,” she said in Filipino.

“I also learned a lot though, especially from my seniors, so I really want to bring that for next season.”

One such mentor is graduating captain Dani Ravena, who likewise shared the same faith that the Eagles will fly high again in the near future.

“Like they said, the time may not be now, but this team will definitely fight until the end for the years to come,” said Ravena, the younger sister of former Ateneo basketball stalwarts Kiefer and Thirdy.

“They just need to work. Back to work right after,” she added after an emotional farewell that also marked the end of the Ravena era in Ateneo sports.

Assuming no one other than Ravena leaves the team after Season 84, the Blue Eagles are still a fringe contender with huge potential if the core of Nisperos, Vanie Gandler, Erika Raagas, AC Miner, and Jaja Maraguinot stays intact.

“We thought we were lacking in areas, but I guess we found a way to make do with who we have,” Almadro continued. “My players now know they can do it. They can match up to blue-chip recruits from other teams.”

“Hopefully, they can still lead this team, survive in Ateneo, and cope up with the standard of excellence that Ateneo is known for.” – Rappler.com