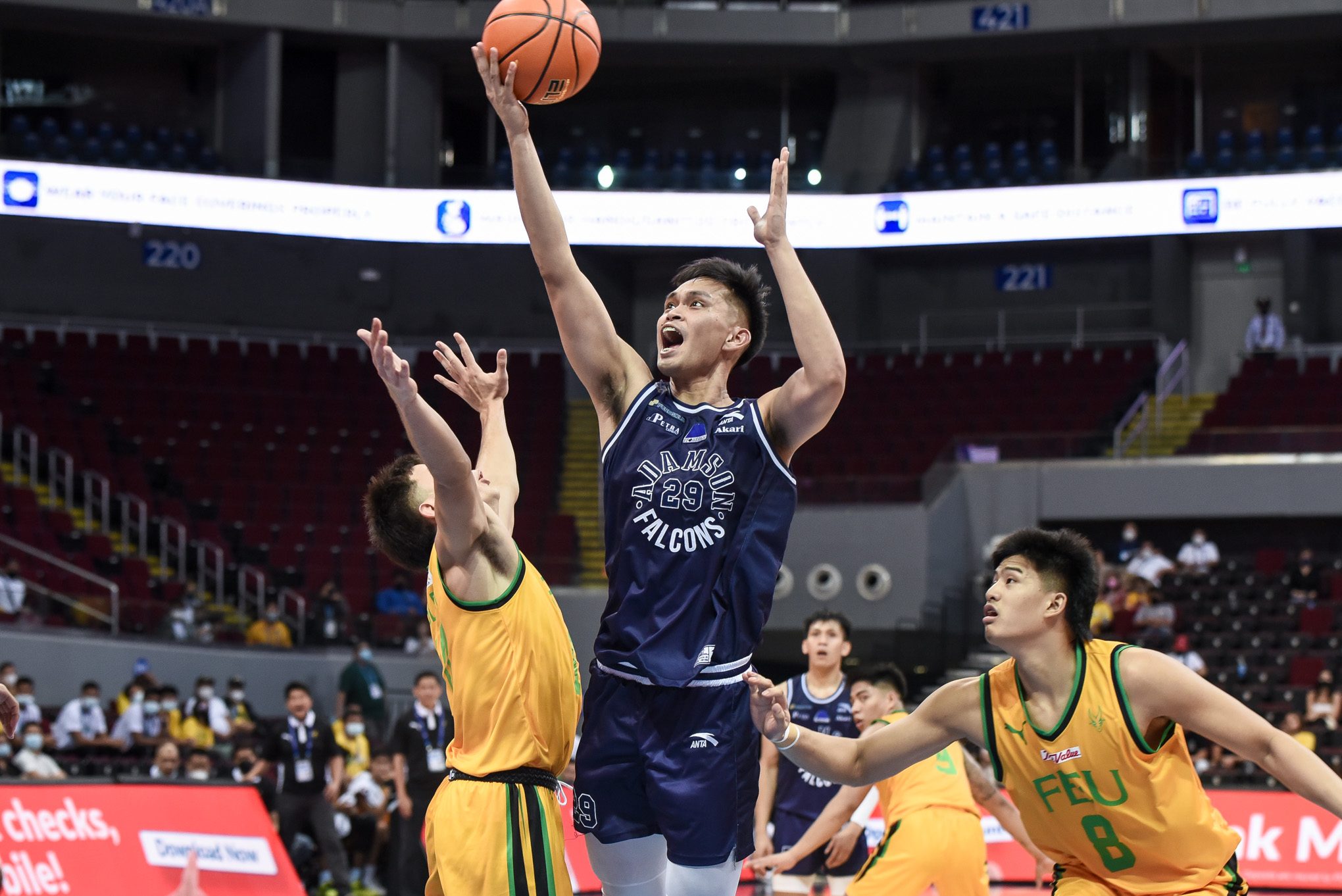 Facebook Twitter Copy URL
Copied
After leaning heavily on Jerom Lastimosa, the Adamson Falcons hope to have unveiled another threat in Vince Magbuhos

In a sudden magnificent display, Magbuhos poured in a career-high 27 points on a terrific 7-of-8 shooting from three-point territory in the Falcons’  76-65 victory over the FEU Tamaraws in the UAAP men’s basketball tournament last Wednesday, October 12.

“I was thinking after the game, Vince actually knows how to shoot,” said Adamson coach Nash Racela.

Before his unexpected showing, Magbuhos averaged only 7.33 points on a 36.36 % shooting clip (7-of-21) in the Falcons’ first three games.

Racela imagined what could’ve been had Magbuhos started to launch all those open three-pointers in their two tight losses.

But nonetheless, Racela views Magbuhos’ surge as a positive development for a Falcons squad that has been leaning heavily on top guard Jerom Lastimosa.

(The shooting display of Vince is a huge thing for us moving forward.)

It was indeed a welcome sight for Racela that day as he witnessed Joem Sabandal go down with an injury inside the opening minutes against FEU.

Sabandal, who already had 4 points in less than 2 minutes of playing time, never returned to the game.

Aside from Magbuhos’ performance, Racela was happy that everyone in the team helped out to compensate for Sabandal’s absence.

“Ang maganda is there’s no one guy that stepped forward, it was a collective team effort,” said Racela.

(What was nice was not only one stepped up, but the entire team.)

(All the players we fielded helped, especially on the defensive end. I know those little things will really help us in our next games.)

Magbuhos thanked Racela for the trust his coach gave him, but emphasized he and his teammates were always ready to step up when needed.

(Basketball is not an individual game, so everybody needs to step up.)

Although happy with the “crucial” win, Racela still does not want to get too far ahead as they’re only midway of the first round.

They’re also taking on next the formidable NU Bulldogs, who pulled off an 80-75 stunner against the defending champions UP Fighting Maroons.

“They have a more balanced team now with great young guys and half of the team is mga beterano na,” Racela said of the NU Bulldogs, who are sharing the top spot with last season’s finalists UP and Ateneo at 3-1.

(They have a more balanced team now with great young guys and half of their team are veterans.)