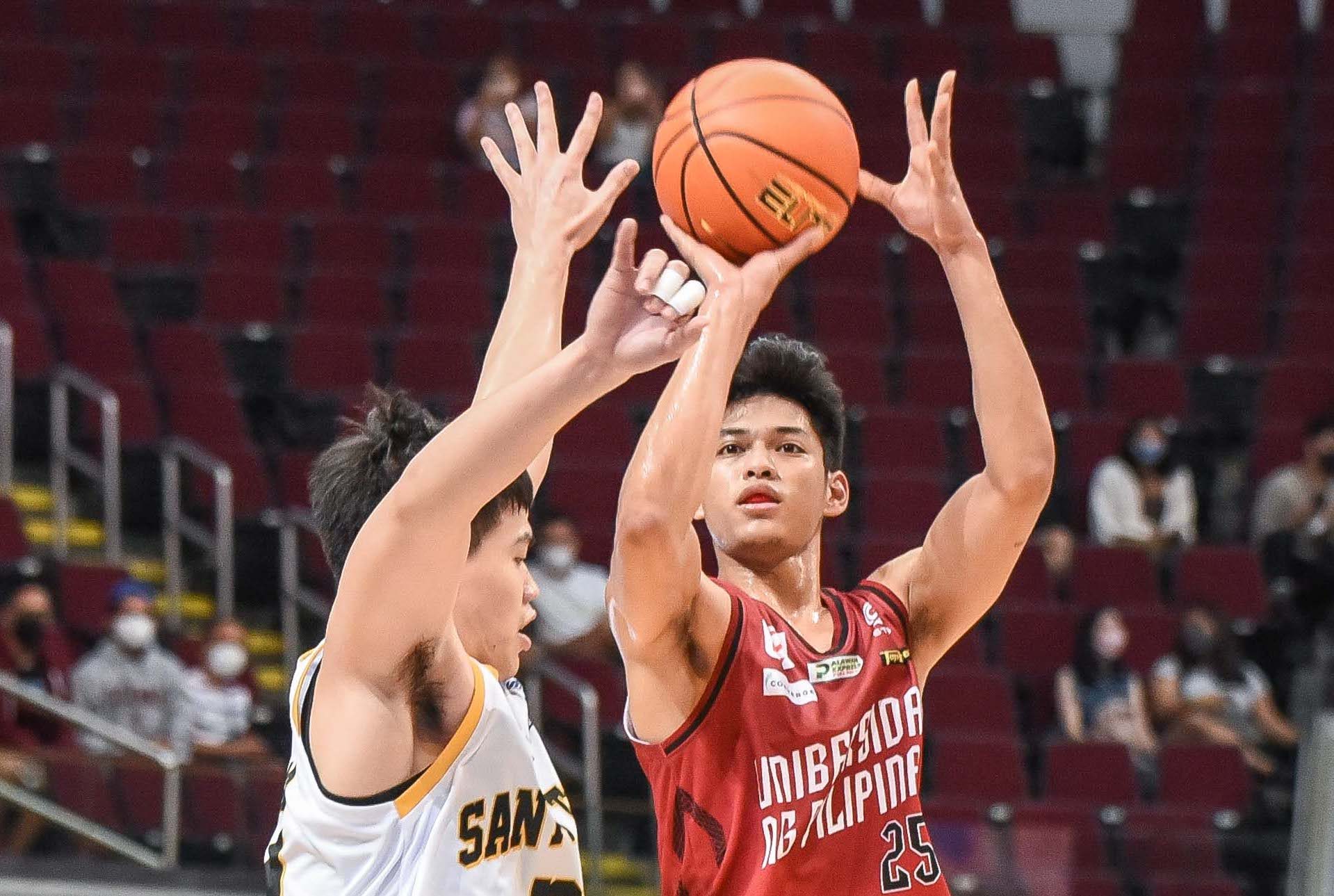 FOR A CAUSE. Ricci Rivero looks to raise more money as UP sees action in the Final Four.

Facebook Twitter Copy URL
Copied
Ricci Rivero tallies 183 points for the UP Fighting Maroons, who qualified for the UAAP Final Four as the second seed with a 12-2 record

MANILA, Philippines – Ricci Rivero has raised nearly P140,000 for the UP Ikot Drivers Association through his “Buckets of Hopes” campaign at the end of the elimination round of UAAP Season 84.

A total of P139,800 so far will be donated as Rivero tallied 183 points for the Fighting Maroons, who qualified for the Final Four as the second seed with a 12-2 record.

Rivero pledged P250 for each point he scored, while his sports management agency Virtual Playground vowed to match his donation.

UP College of Human Kinetics dean Kiko Diaz and sponsor Debbie Tolentino added P50 each for every point for a total of P600 per point.

The Sagittarian Food Industry from Isabela, where Rivero hails, chipped in P30,000.

Rivero started the “Buckets of Hope” campaign as a way to give back to UP drivers, who were severely affected by the pandemic.

The high-flying guard looks to raise more money in the playoffs, where twice-to-beat UP will face La Salle in the Final Four on Wednesday, May 4. – Rappler.com