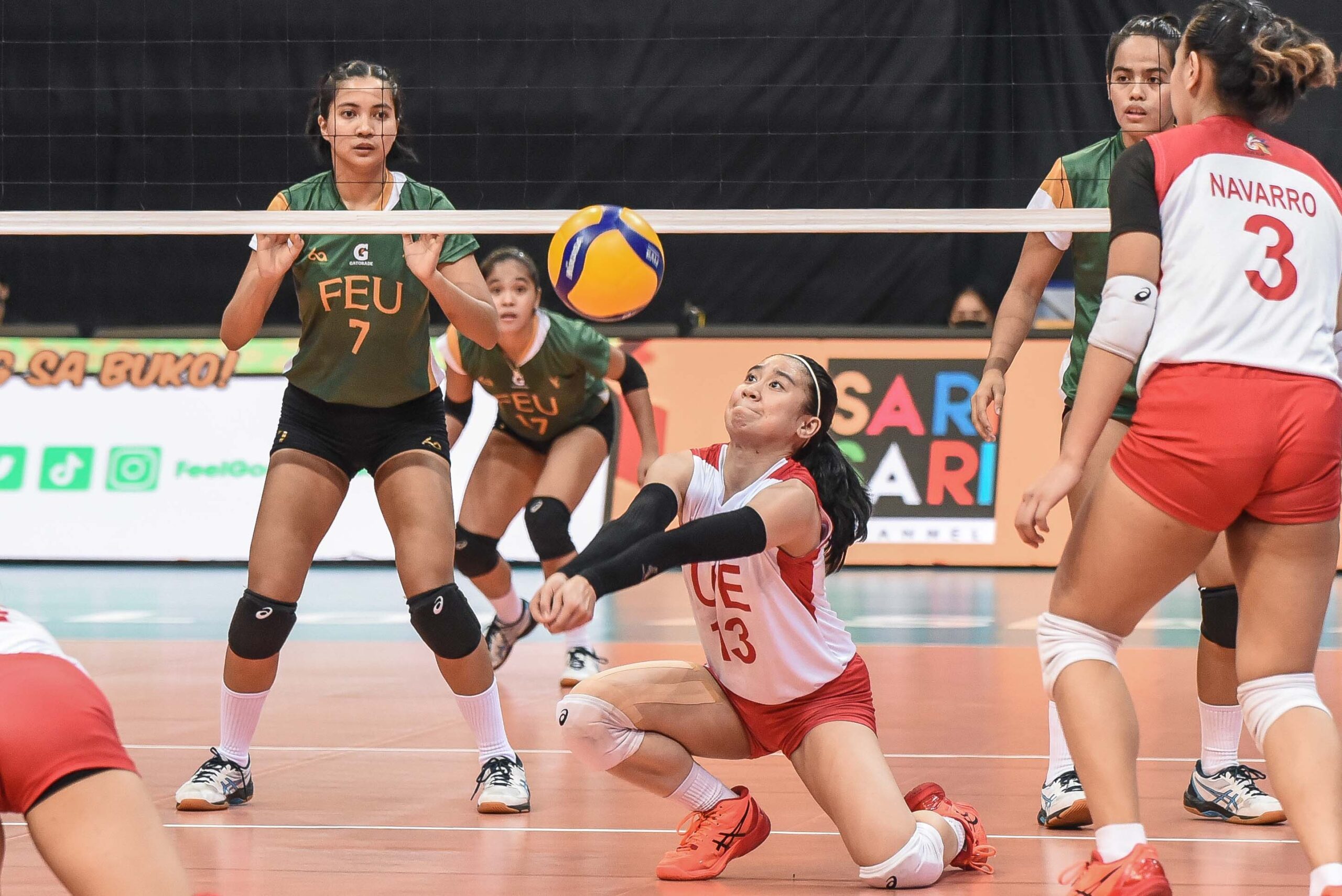 POSITIVE. UE and FEU aim to come back stronger.

Facebook Twitter Copy URL
Copied
After riding a season-long list of misfortunes, FEU and UE look forward to big bounce-back campaigns when the next UAAP volleyball tournament rolls along

MANILA, Philippines – The FEU Lady Tamaraws and the UE Lady Warriors wrapped up the elimination round at the bottom of the standings with identical 1-13 records, and their only wins came at the expense of each other.

Save from UE’s momentary spell of joy after breaking a three-year, 17-game losing streak in its last game, there was little cause for celebration in both team’s locker rooms following the end of a forgettable UAAP Season 84.

However, a bad season is not the end of the world in sports, and both the Lady Tamaraws and Lady Warriors are already looking forward to better showings next year when Season 85 rolls around presumably with the old pre-pandemic league calendar.

FEU in particular is looking for a big bounce-back campaign after not only losing veteran spiker Lycha Ebon in the middle of the elimination round, but also missing the Final Four for the first time in eight years, and also losing to UE for the first time in a decade to top off a season-long list of misfortunes.

“This season, of course our expectations for the players – mostly rookies – are not that high. But we learned a lot this season, especially with our experiences,” said head coach George Pascua in Filipino.

“It’s a learning experience, especially for the new ones. Hopefully by next season, all those experiences can serve as our motivation to be a stronger team.”

After Ebon’s exit, FEU’s rotation got tighter by necessity, and a few diamonds in the rough showed up after getting more pressure to perform, like Chen Tagaod, Jovelyn Fernandez, and Max Juangco – a trio now touted to write the next few chapters of the Lady Tamaraws’ rebuilding future.

“We have more rookie reinforcements coming next season. Hopefully we can build something here,” continued Pascua. “At least we now have a longer preparation time, because this season was really tight, and there was little room for adjustments. Now, we can prepare longer.”

Likewise, UE found such gems within its ranks who can be counted on to lead the Lady Warriors through Season 85 and beyond, namely Ja Lana and Dara Nieva.

Lana, who carried UE’s offense through thick and thin, regretted that her team’s record ended up the way it did after multiple close shaves, but nonetheless, she stayed positive when asked what the future holds for her and UE.

“I’m really happy that we got our first win,” she said in Filipino. “It’s a different feeling knowing you can really compete after all. We could’ve shown just a little bit more in our last few games, but we’re still happy with the results.”

“Our assessment for this season is we always came up short,” echoed UE head coach Jumbo Dimaculangan. “Based on the scores, we had a lot of close sets that we could’ve fought for, but we always just fall short in the end.”

“How do we build for next season? Well this win [against FEU] was important because we will bring home the knowledge that we can compete and we can use that to adjust for next season. Hopefully, we get more rookies, then we can work on our cohesiveness as a team.”

Given how their respective seasons turned out after a two-year pandemic layoff, it is safe to say both FEU and UE have quite some ways to go before rising to Final Four contention status. However, there is always room for improvement, and both teams have proven to have the heart for winning. – Rappler.com