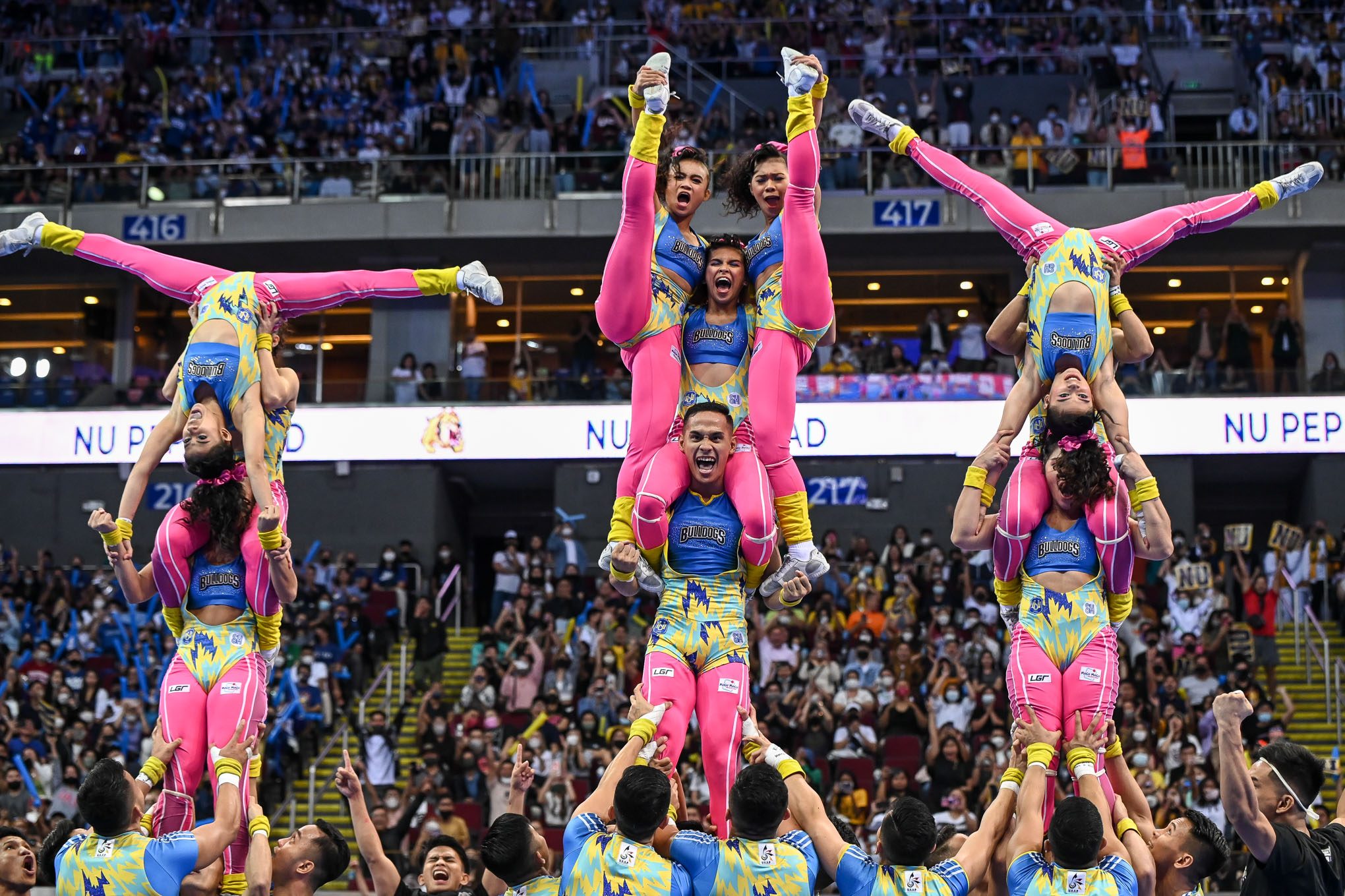 MANILA, Philippines – After a one-season absence, the NU Pep Squad is back on top of the UAAP Cheerdance Competition (CDC) pecking order with its seventh gold medal for Season 85 on Saturday, December 10, at the Mall of Asia Arena.

Making the 18,029 fans at the jam-packed Mall of Asia Arena sway to its “cheer-obic” beat of disco remixes and ’80s/’90s pop hits, NU once again employed its high-risk, high-reward stunt work to a huge payoff for its seventh title in the last nine seasons.

Running behind at first runner-up is the Season 84 champion FEU Cheering Squad, who likewise had an energized and fluid performance to the tune of Francis Magalona’s greatest hits.

Completing the Season 85 podium is the UST Salinggawi Dance Troupe, who rocked to the tunes of Lady Gaga and returned to the cheerdance podium for the first time in five years with 640 points.

Just missing the podium is the UE Pep Squad, who rocked to Pinoy pop tunes for a 606.5-point finish in fourth place.

Meanwhile, the Adamson Pep Squad jumped down three spots to land in fifth with 595 points.