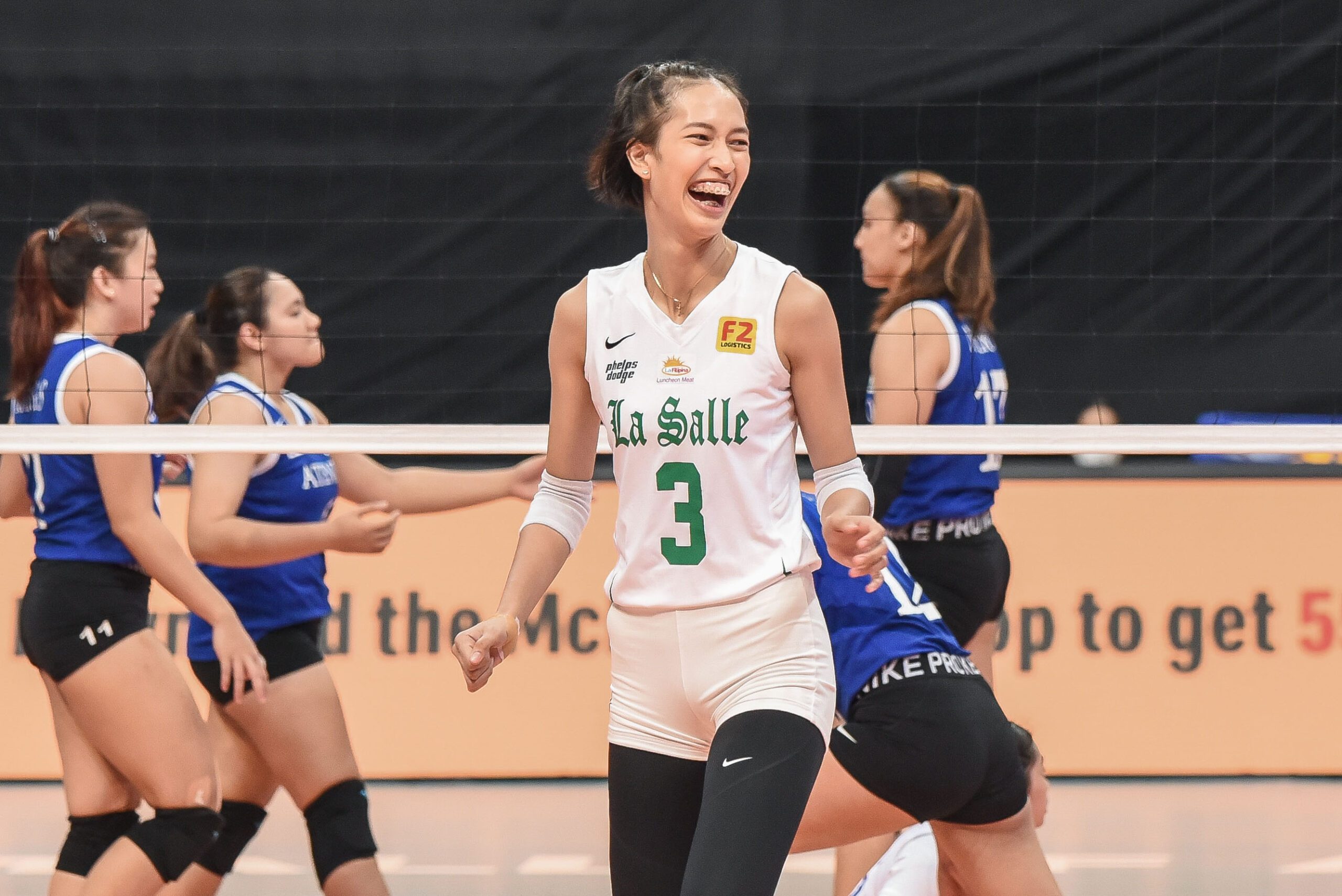 NO ENTRY. La Salle star blocker Thea Gagate sets the tone early with her defense as the Lady Spikers sweep the Ateneo Blue Eagles out of contention

MANILA, Philippines – The clock struck midnight for Ateneo’s Cinderella run in the UAAP Season 84 women’s volleyball tournament as the La Salle Lady Spikers dethroned the Blue Eagles in a 25-19, 25-20, 25-23 sweep at the Mall of Asia Arena on Thursday, June 16.

With their rivals now out of the way, the Lady Spikers now turn their attention to the well-rested and undefeated NU Lady Bulldogs as the finals kick off on Saturday, June 18 at 5 pm.

After breaking away with a 25-19 opening set, La Salle kept its strong hold on the game after outscoring Ateneo, 13-6, for the 14-10 lead after going down, 1-4, at the start. Faith Nisperos only got the Eagles as near as 20-22, before Fifi Sharma sparked up the 3-0 finishing kick for the two-set lead.

Clearly with momentum on its side, La Salle reached a seemingly insurmountable 22-15 lead, before a Nisperos and Erika Raagas-led rally put fear on the Lady Spikers’ side.

Although a Jeycel delos Reyes ace got Ateneo within 22-23, Gagate got La Salle to match point before Malaluan ended the Blue Eagles’ comeback attempt with one last kill.

“Of course, preparing for this game, we knew what Ateneo went through. They crawled through Adamson and UST, and won, so the momentum is there,” said La Salle assistant coach Benson Bocboc in Filipino.

“The team just readied itself and the effort should be twice or thrice as big to stop Ateneo. So far, it materialized, and we got the 3-0 win.”

Nisperos was the lone Blue Eagle in double-digit scoring with a game-high 19 points off 17 attacks, 1 block, and 1 ace. Raagas scored just 9 points, while graduating libero Dani Ravena ended her UAAP career with just 7 excellent digs in the season-ending loss. – Rappler.com