Team practices underway at UP bubble as Maroons prepare for UAAP 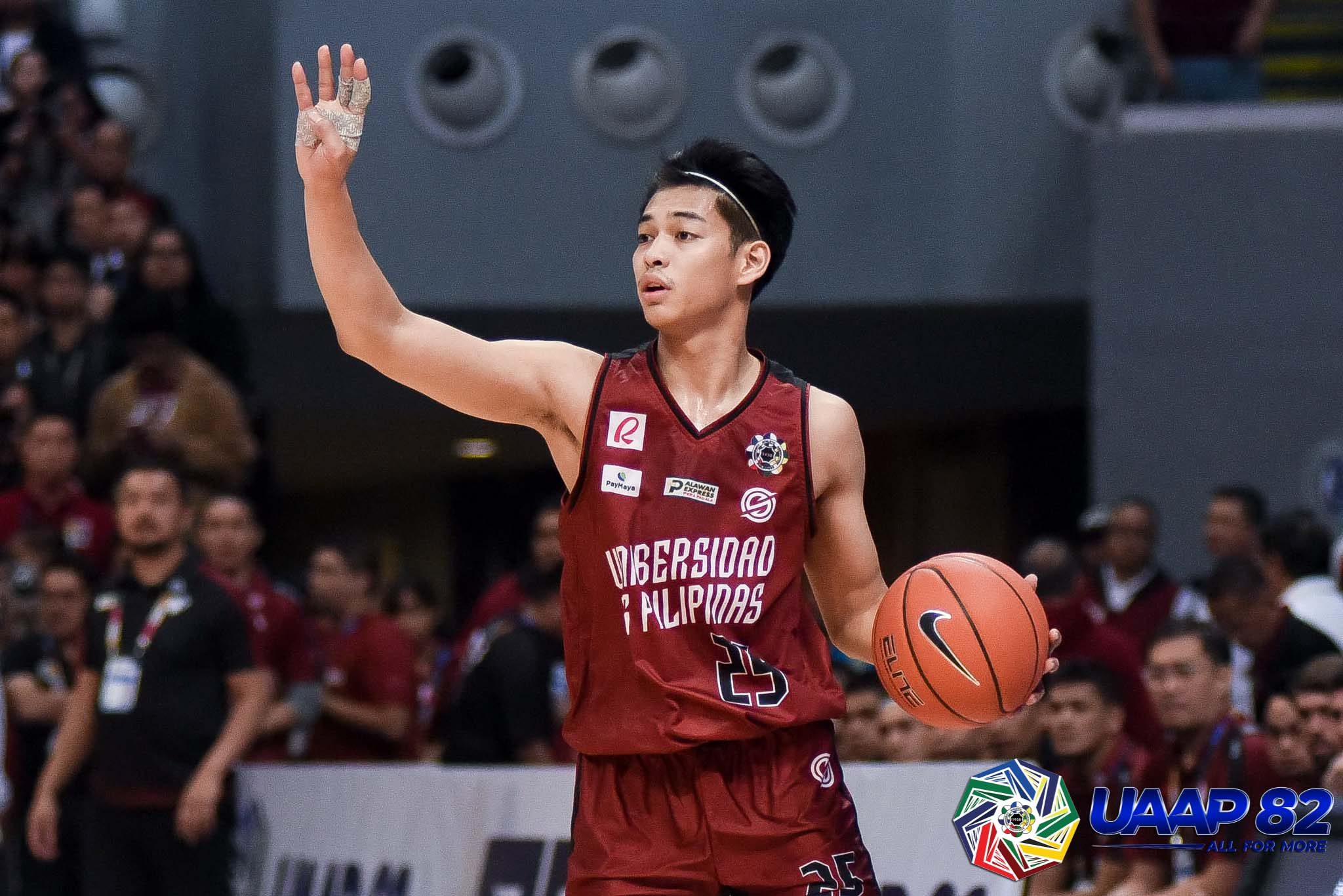 MAIN MAN. Expect Ricci Rivero to play a key role again for the UP Maroons when the UAAP returns.

Facebook Twitter Copy URL
Copied
There are 23 players in the UP Maroons pool, all training in the team bubble and competing for a spot in the final UAAP lineup

MANILA, Philippines – The UP Fighting Maroons are back to training regularly as they prepare for what could be their imminent first UAAP men’s basketball tournament under new head coach Goldwin Monteverde.

The multi-titled high school mentor, who now takes his act to the college ranks, told Rappler that his Fighting Maroons have been working religiously toward their goals since State U’s bubble training at University of the Philippines began last month.

“We started our small group training last January 10 after the mandatory seven-day quarantine,” Monteverde said. “We were allowed to practice in a team setup just recently.”

For precaution, the players, coaches, and staff undergo an RT-PCR swab test every Monday to ensure everyone’s safety. They also do a weekly antigen swab test to take extra measures.

So far, the only outbreak the team had in terms of positive cases happened when personnel arrived at campus following the Christmas and New Year break, but the mandatory seven-day quarantine in the bubble, according to Monteverde, “helped prevent the virus from spreading to other team members and coaches.”

There are a total of 23 players in the UP pool who are in the bubble, all competing to make the final lineup.

“We do a lot of skill work and movement training since we stopped for almost two years (due to the pandemic). We are trying to bring them back physically to be basketball-fit, but we are doing everything gradually to avoid injuries [while] hoping to pick up in the coming days or weeks,” Monteverde said.

There have been reports that major sports tournaments of the UAAP – such as basketball, volleyball, and the cheerdance competition – may take place in a bubble setup in March, although no official confirmation has been announced by the collegiate sports league.

Nevertheless, teams are currently proceeding as if contests will tip-off next month.

When asked to rate his squad from 1-10 depending on how prepared they are for what could be legitimate competition soon, Monteverde was candid.

While the Maroons are “still in the process of completing [their] lineup,” Monteverde mentioned the likes of Ricci Rivero, CJ Cansino, Malick Diouf, Carl Tamayo, Joel Cagulangan, Gerry Abadiano, James Spencer, Noah Webb, and Bismarck Lina as some of his core players.

He also noted Daniel de Joya, Anton Eusebio, and Miguel Tan as new faces who can make solid contributions to the team.

This new era of UP Maroons will look different compared to the one everyone last saw before the pandemic, with a few notable holdovers.

The head coach also has prior history with a few of his rookies, having coached them in National University’s high school program.

“Coping with the everyday grind of practicing and going back to the hotel room, not being allowed to go out and do the usual things, and being isolated from other people can take its toll,” Monteverde said, allowing a glimpse into the sacrifices everyone is making to prepare for the games.

“I’m sure they miss their families a lot. They still attend to their academics through online classes. We made sure that practices are done before class hours. On some days we lift in the morning and practice in the afternoon.”

In what could be an unprecedented race against time to better prepare for the upcoming collegiate battles, Monteverde keeps a realistic target for what he wants the Fighting Maroons to accomplish these next few weeks.

“We just have to make the most out of the limited time given to us to prepare before the UAAP begins.” – Rappler.com