Battle of Katipunan provides moments to live for 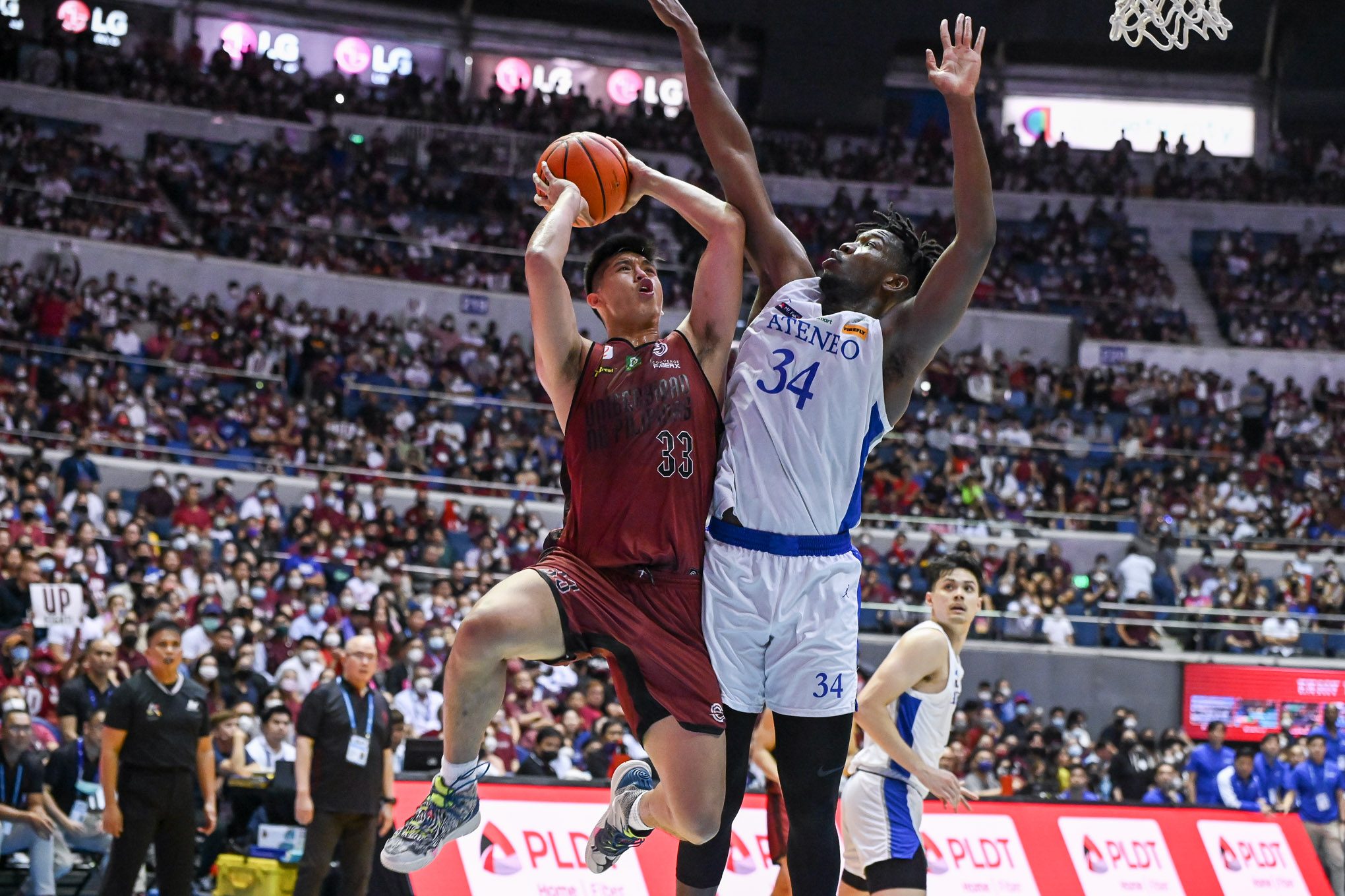 MOMENT OF TRUTH. UP’S Carl Tamayo and Ateneo’s Ange Kouame vie to lead their teams in the championship decider.

Facebook Twitter Copy URL
Copied
UP and Ateneo know each other well enough at this point that preparing for tendencies has become second nature, like two siblings with an abundance of experience going at the other

MANILA, Philippines – There are rare moments in sports where every second of a contest can send chills down your spine. It can be out of excitement, anxiety, fear, or even unpredictability. As the old saying goes, “this isn’t for the faint of heart.” But for others, they’re moments to live for.

This is when passion triumphs.

This is also what the conclusion of the trilogy to The Battle of Katipunan has come down to.

For the 10th time in 2022, the Ateneo Blue Eagles and UP Fighting Maroons will face each other on Monday, December 19.

One side looks to make history; the other eager to reclaim their throne. Both squads know each other well enough at this point that preparing for tendencies has become second nature, like two siblings with an abundance of experience going at the other.

As Tab Baldwin explained: contempt has built up – not necessarily for players on the opposing side, but the systems they play in. It’s competition at its finest and the highest form of respect that comes with it.

The Blue Eagles came back with a vengeance to tie the series at 1-1. They didn’t play perfect basketball but disrupted the Fighting Maroons enough from what they like to do in a fashion that’s reminiscent of a headstrong Baldwin-mentored unit.

It helped that UP, who looked superior in Game 1, played without the patience and trust that put them in the driver’s seat initially.

The statistics display the marginal areas where Ateneo succeeded in preventing a repeat of the series-opener: better shooting from the field, a narrower disparity in fastbreak points, and capitalizing on second-chance opportunities, to name a few.

But there are avenues in an emotionally-powered sport like basketball that cannot be explained by numbers alone.

Mental and spiritual factors impact just as much as physical capabilities and limitations. Motivation isn’t hard to come by when playing for a trophy that would make these student-athletes live forever in the record books, but it does hit differently when advice comes from accomplished champions who’ve been in their exact situation before.

The conversations and moments shared by these former Ateneo heroes centered in on one chief philosophy: to continue the legacy. Not necessarily just to win or succeed, but of brotherhood. Of playing for each other. Baldwin’s arrival in 2016 coincided with the Blue Eagles’ cultural mantra: #BEBOB – Blue Eagles Band of Brothers – and it still lives today.

“I think that the impact was extraordinary,” said Baldwin.

“It was real. It was alive. It was personified on the exact people who built it. Powerful.”

The honesty and authenticity of their words resonated with the present Eagles – particularly the improved play of an important figure on the team.

Ateneo succeeded by doing the little things of the game which allowed them to keep UP at bay: trusting teammates to help and recover on defense, communicating with each other on the court so there wouldn’t be open gaps for the Fighting Maroons to penetrate against, and multiple effort plays which led to the marginal changes in the numbers explaining the result.

Those factors allowed them to lessen the talent disparity between them and the Fighting Maroons.

It’s no coincidence that after their visit, Kainoa Ballungay bounced back from a zero-point output last weekend, playing every bit the game-changer many desired him to be.

Or that Geo Chiu and Matthew Daves provided frontcourt scoring to complement Ange Kouame, who was sensational and reminded everyone why he is also still an MVP.

Or that Dave Ildefonso made an effort to contribute in ways beyond just scoring.

Or that Sean Quitevis had his most impactful performance at the right time.

“If anybody has a question of how much either team wants this thing, they’re not watching very closely. I’m proud of our team for winning today,” Baldwin said.

“In a funny sort of way I’m proud of the quality of effort UP puts in to every game. Basketball’s winning and it’s a great thing for a sport we all love.”

An evening for UP which had the feeling of celebration in the air turned to momentary despair. Not only did the Fighting Maroons not secure the championship, they also lost their “Zavior” in Zavier Lucero who suffered a serious injury in his left knee. While the exact extent of the ailment is still unknown, he will not play in the decider.

On Friday night, December 16, Lucero met with his teammates and coaches for a measure of closure in terms of what they now face. The setting was emotional, almost like the one you’d see near the end of a blockbuster, but resonated much more strongly because this was raw. This was real life.

“I asked them what the tears were for?” UP patron Jonvic Remulla told Rappler, referring to Lucero’s teammates after taking the news.

“’For Zav or for their aspirations of a championship?’” He asked them.

“They all said it was for Zav. They promised not to play mad, but to play inspired ball.”

As many Fighting Maroons aficionados have shared on their respective socials, “Zav the Date” has established itself as their rallying cry with everything on the line at the Araneta Coliseum, a place UP has historically had a hard time beating their fellow Katipunan standouts.

Remulla added: “The boys are focused, still confident, but not cocky.”

To doubt that the Fighting Maroons can get the job done as they currently stand would be foolish given the multiple times this team – from the program down to the coaches and the players – has proven that they’re at their best when their backs are against the wall.

For the first time since holding the crown, UP finds itself in that position again, and with the opportunity to thrive in it. In some way, they get to defend a championship with the same identity they had when they won it to begin with.

There are times when sports can transcend itself to symbolize a purpose that’s larger than just an individual’s ambitions.

That can happen when, in this case, a band of brothers come together to preserve a legacy that has the potential to live for generations beyond their years.

Or when a unit seeking to remain on top of the pyramid finds strength in the sacrifice of a fallen comrade.

It’s special. It’s unique. It brings tears of joy and sadness, emotions of elation and despondency. There’s nothing quite like it and that’s why so many beings love it, despite the risk of living in that razor-thin thread between heartbreak and jubilation.

This is a moment to live for. 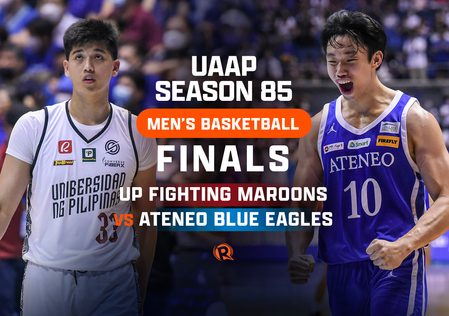