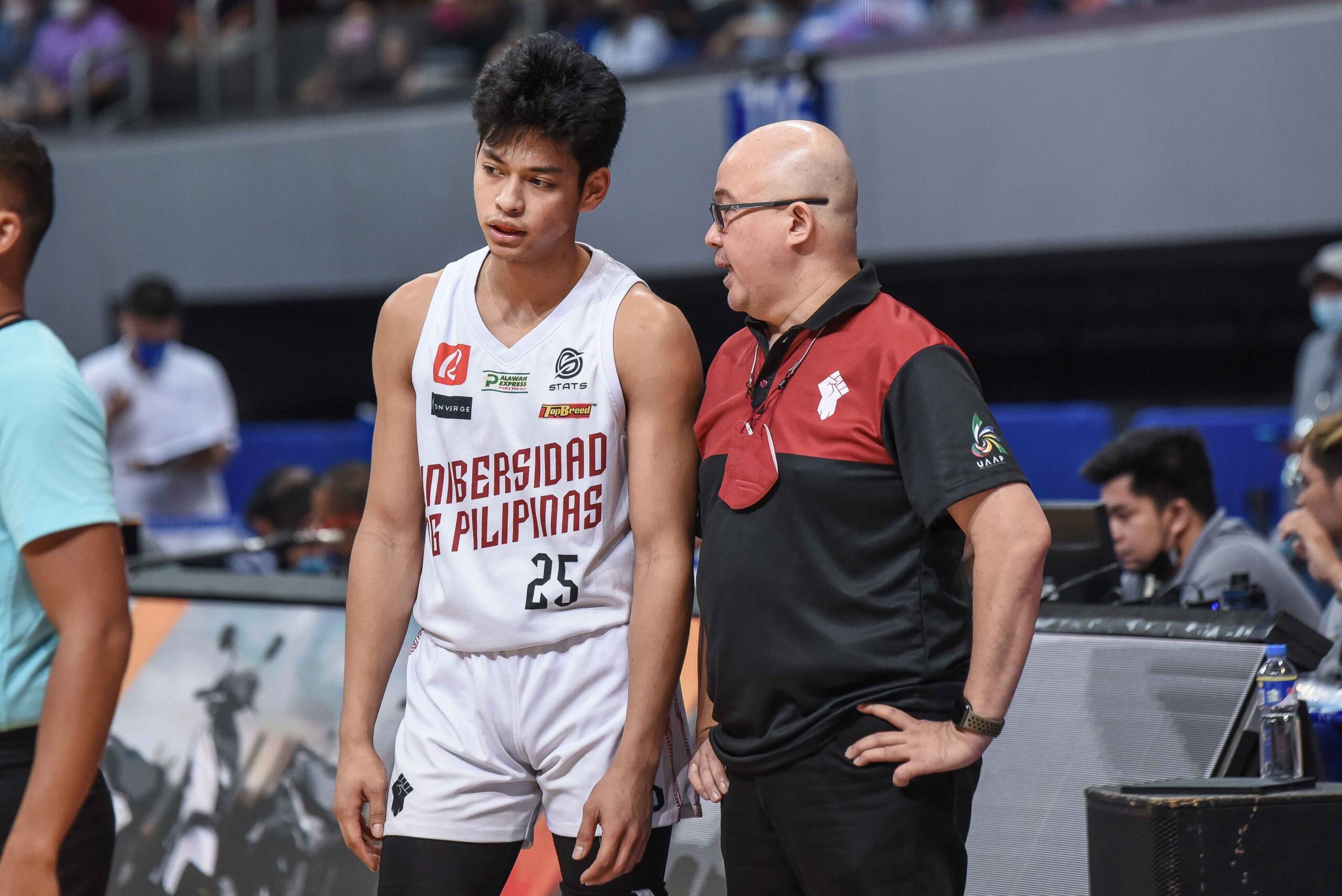 Facebook Twitter Copy URL
Copied
‘I think that’s on us as coaches,’ says UP coach Goldwin Monteverde of Ricci Rivero and the Maroons’ costly endgame blunders

MANILA, Philippines – The UP Fighting Maroons had hoped that they would end a three-decade title drought on Wednesday, May 11, with a stunning UAAP finals sweep of the Ateneo Blue Eagles.

They had a chance to do just that after crawling back out from a 15-point hole in the third quarter to briefly lead in the final frame, but ultimately, the breaks of the game went Ateneo’s way as it pounced on UP’s costly endgame blunders for a 69-66 decision.

The most glaring of these mistakes in the clutch belonged to graduating guard Ricci Rivero, who inexplicably took his sweet time dribbling out the clock with 16 seconds left despite the Blue Eagles still being up by 4, 69-65.

Rivero only realized the gravity of his blunder after fishing a foul with only two seconds remaining, as he slumped on the LED board by the Maroons’ bench before heading back to for his final free throw attempts – the second of which he intentionally missed in the hopes of getting an offensive rebound, but it did not materialize.

Despite seeing a series of winnable possessions turning into nothing before his eyes, first-year UP head coach Goldwin Monteverde was, however, not in a blaming mood after the game outside of his own coaching circle.

Fans online, however, were not as merciful, as they quickly peppered the internet with comments like comparing Rivero to former NBA player JR Smith – who infamously dribbled out the clock in Game 1 of the 2018 NBA Finals despite the score being tied.

Some also called the 23-year-old “King Eagle” – a common jest to players responsible for shaping endgames in favor of their opponents.

But like Monteverde, Rivero’s teammate and newly crowned Rookie of the Year Carl Tamayo also refused to single out anyone for being at fault.

“Next time we should be more composed,” he said in Filipino. “Mistakes are mistakes, and no one wants them to happen. Everybody can make mistakes, and I’m sure my teammates will atone for them.”

Along with the rest of the Maroons, Rivero has one last chance to atone for his missed opportunities in the do-or-die Game 3 on Friday, May 13 – the last dance for his controversial, yet stellar career. – Rappler.com