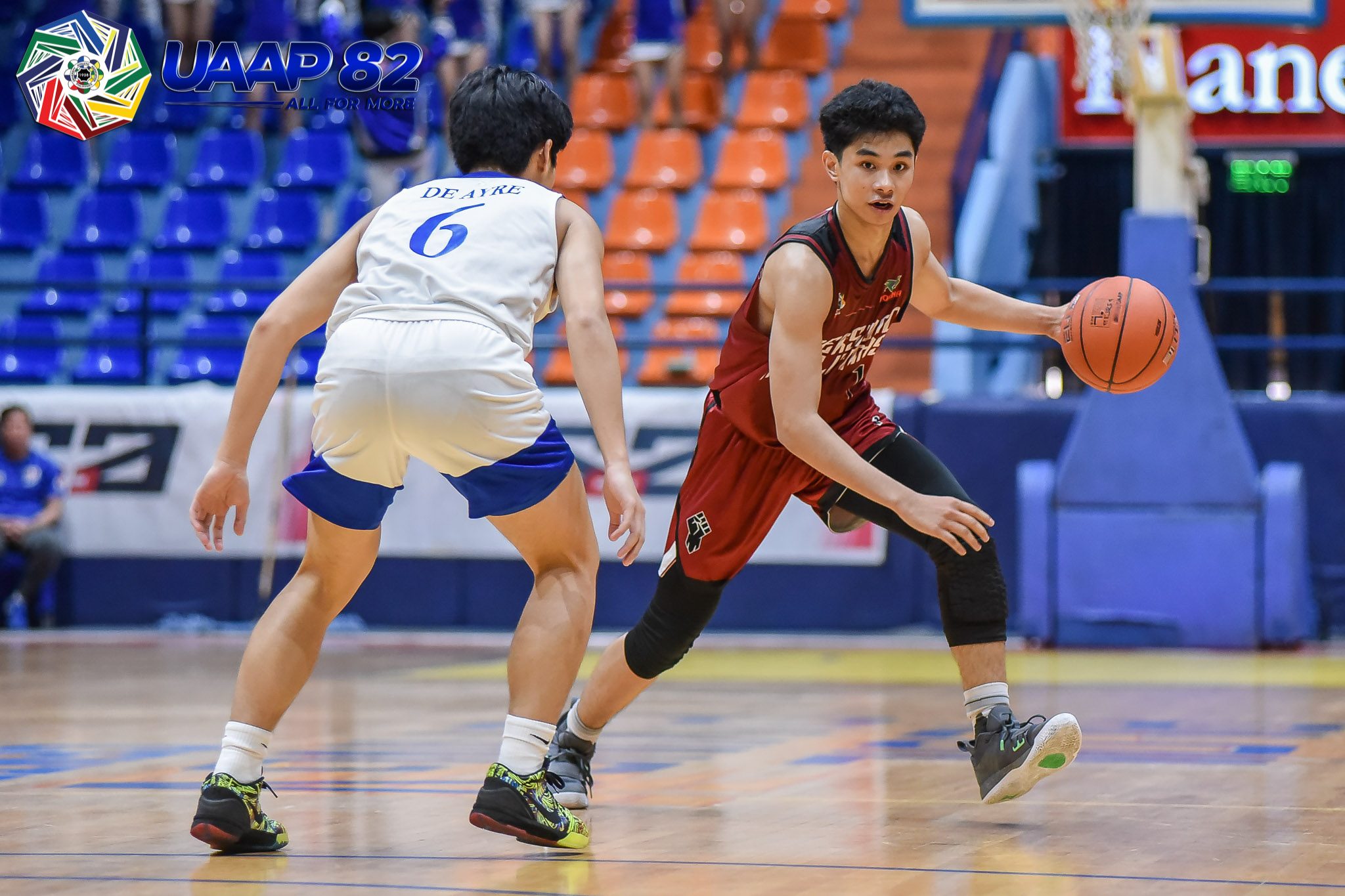 STAYING PUT. Collin Dimaculangan says he has ’good chemistry’ with the team.

Facebook Twitter Copy URL
Copied
Despite UP’s deep collection of blue-chip recruits, Collin Dimaculangan decides to stick it out with the Fighting Maroons

UP Integrated School (UPIS) standout Collin Dimaculangan will take the next step of his promising basketball career by committing to the UP Fighting Maroons’ college program.

Dimaculangan will be part of the UP seniors team A pool of players who will compete for the 16 available slots in head coach Bo Perasol’s final roster when the UAAP men’s basketball tournament returns.

“It’s unbelievable,” said Dimaculangan, who, together with his father Eden, confirmed the development to Rappler on Thursday, January 21.

Dimaculangan, who was UPIS’ team captain, averaged close to 9 points, 4 rebounds, and 2.5 assists a contest in his latest UAAP high school campaign. He was also sixth in the league in three-point shooting with an average clip of 30%.

“After leaving Ateneo in grade school, I really felt like I found a new home at UPIS. First of all, I really liked the teachers of my classes. They really gave me a warm welcome. They were just really kind and supportive to my basketball career,” he shared.

“UP people are the humblest and most down to earth people I have ever met. So I really love the people in UP. I also really value the education of UP also,” added Dimaculangan, who hopes to major in Interior Design.

Dimaculangan’s second option was to study dentistry – the profession of his supportive father – at University of the East and to try out for the Red Warriors.

However, Dimaculangan decided to stick it out with University of the Philippines despite the Fighting Maroons’ currently deep collection of blue-chip recruits.

Dimaculangan is aware slots for the final roster are limited and tough to earn but nevertheless feels “honored just to be part of the pool.”

He continued: “I’m just super happy [that] the school really has interest in me and is giving me an opportunity to play for the team. I’m really happy about that.”

Dimaculangan stands 6-foot flat and built muscle over the past few months by lifting weights. He has also worked on both his scoring game and ball-handling capabilities but remains a pass-first player.

He tries to learn new tricks by studying ballers he looks up to, such as Juan Gomez de Liaño, Lonzo and LaMelo Ball, Steph Curry, and Sharife Cooper (Auburn – NCAA US).

“I feel like every player in the team right now can really make an impact on my game because they’re really experienced,” Dimaculangan said about new teammates.

Dimaculangan also admitted the UP crowd played a factor in his choice.

“I’m really proud and super happy to be a UP student. Just watching the games in the UAAP these past years, just watching the crowd go crazy, I imagined myself. I really want to play for this crowd someday,” he said.

Asked what he can bring to Perasol’s squad, Dimaculangan said: “I feel like I can be a floor general for the team. Just have good chemistry with the team. Helping my teammates. I feel like I’m really a team player since I was at Ateneo. I just love passing the ball and getting my teammates involved.”

Dimaculangan also shares a close friendship with his former teammate Jordi Gomez de Liaño, the younger brother of Juan and Javi, who can also commit to a college program.

Dimaculangan admits he doesn’t know the future plans of his 6-foot-4 sharpshooting buddy, although would love the chance to be on the same side once again.

“I feel like we have the chemistry and the connection playing together,” he said.

But whatever route Jordi decides to take, Collin will back him up.

“I’m actually just really supporting what he wants to do [and] where he wants to go.” – Rappler.com