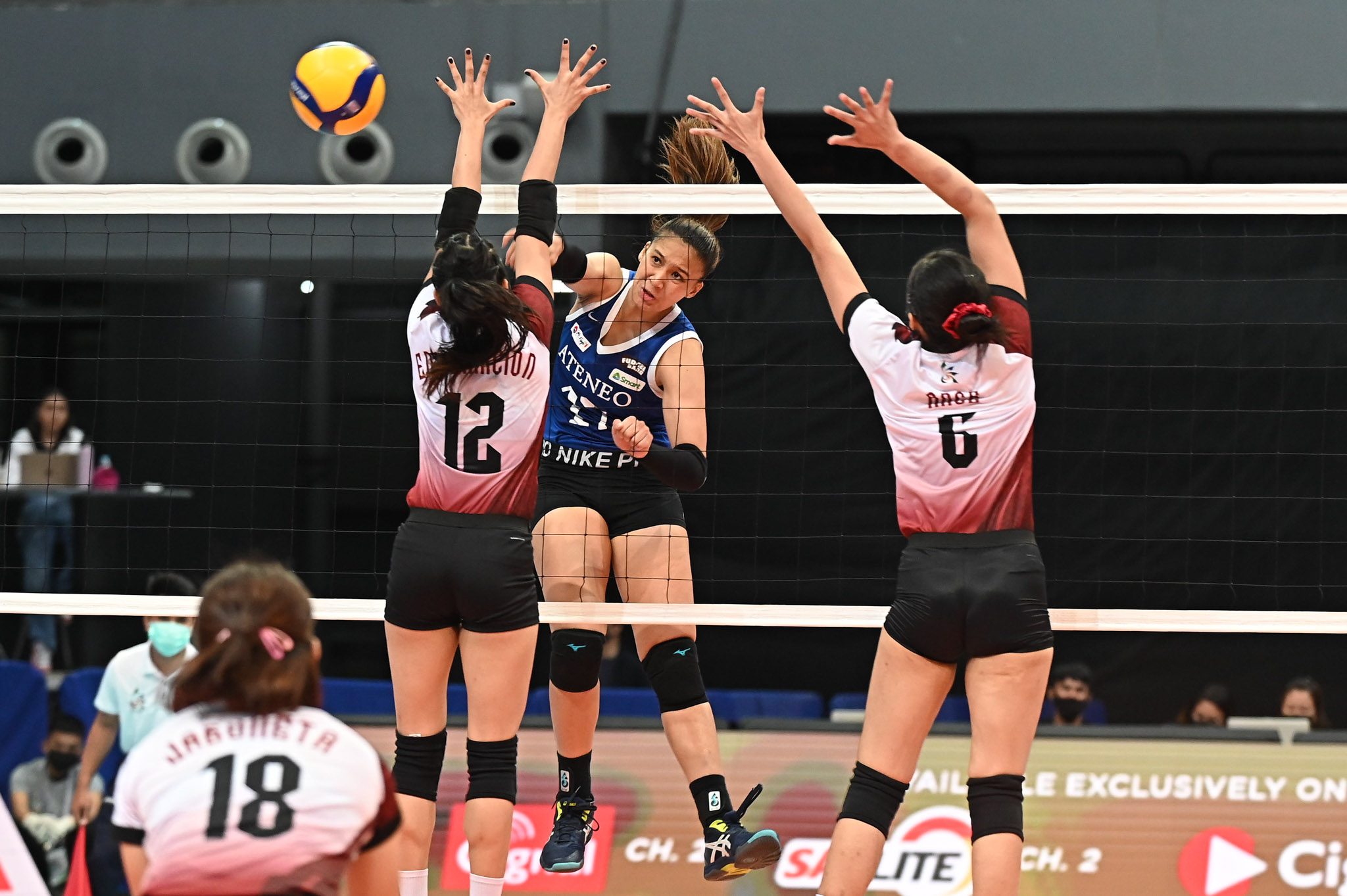 MANILA, Philippines – The Ateneo women’s volleyball team made sure to avenge its men’s basketball counterpart as the Blue Eagles made swift work of the UP Fighting Maroons, 25-23, 25-18, 25-18, in the UAAP Season 84 tournament Saturday, May 14, at the Mall of Asia Arena.

Less than 24 hours after the Blue Eagles absorbed a 72-69 overtime loss to the Maroons in the men’s basketball finals, the women’s volleyball team of Ateneo needed just an hour and 28 minutes to dispatch UP.

“Siyempre after the (basketball) game last night, we have a game against UP kaagad so gusto naming makabawi, gusto ng Ateneo makabawi kaagad,” said Almadro.

(Of course after the game last night, we have a game against UP right away so the Ateneo community wanted to avenge the loss right away.)

Faith Nisperos dropped 16 points on 14 attacks and 2 blocks along with 7 excellent receptions while Vanie Gandler added 12 points, all of which came from attacks, laced with 4 excellent digs to help Ateneo move up to 2-3 in the standings.

Jewel Encarnacion led UP with 13 points and 5 excellent receptions while Alyssa Bertolano had 12 points. No other player from the Fighting Maroons, who slid to 3-2 after winning their first three games, scored in double digits.

Alleiah Malaluan topscored for La Salle with 14 points off 11 attacks, 2 aces, and a block along with 8 excellent digs.

Fifi Sharma and Jolina dela Cruz backstopped Malaluan with 10 points each in the victory that put the team up at 3-2.

It was a dominant outing for the Lady Spikers, who were coming off consecutive losses at the hands of the unbeaten NU Lady Bulldogs and the UST Tigresses.

The Lady Spikers took the first two sets with over 10-point margins before completing the sweep with another clean showing in the third.

(We came from a loss so it’s really a struggle. So we’re still trying to get that rhythm, this is the first step to get there, playing against UE. Most of the players delivered and we had good results.)