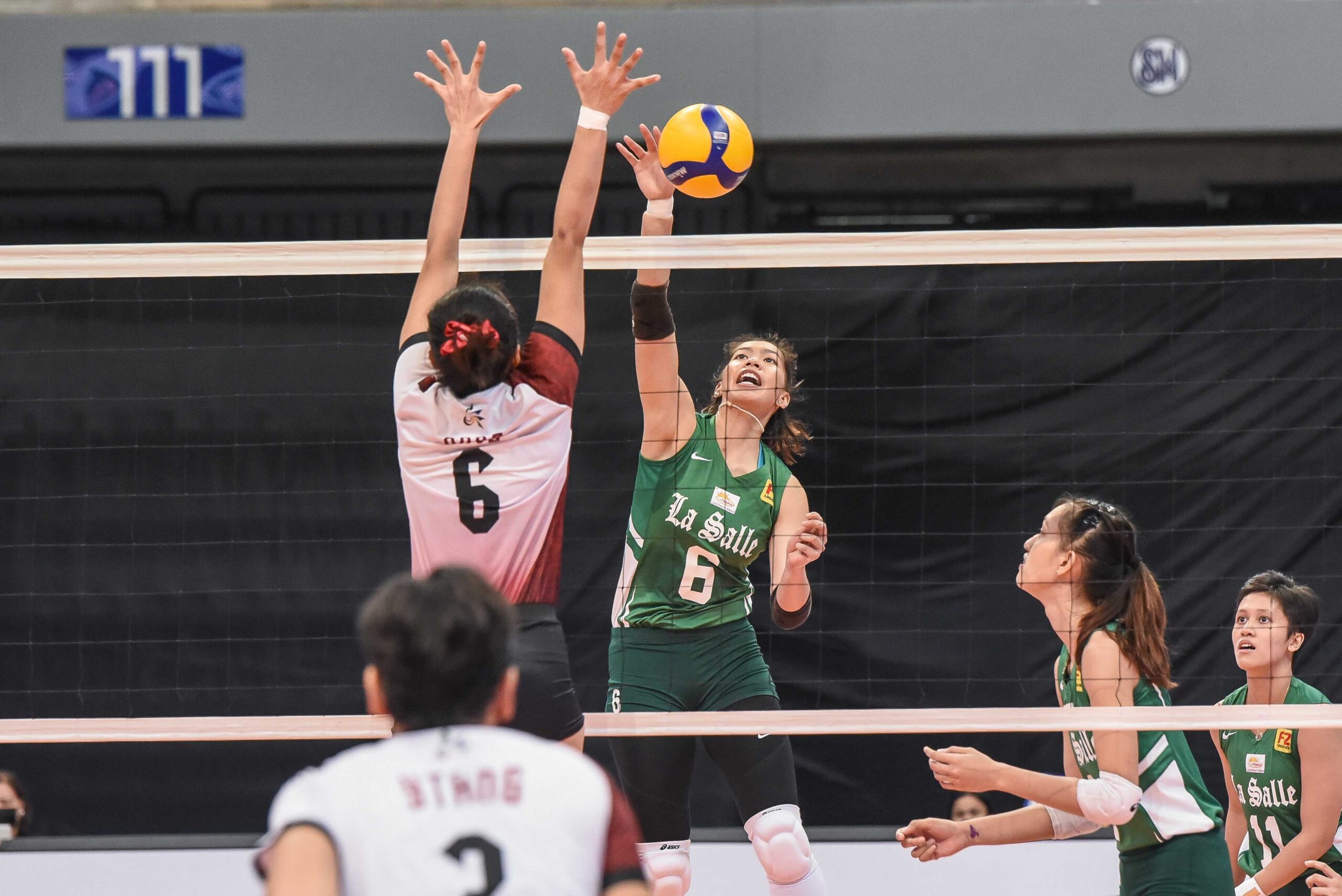 STANDOUT. La Salle rookie Alleiah Malaluan soars for an attack against the Maroons.

The 1-2 punch of Alleiah Malaluan and Justine Jazareno led the Lady Spikers to a second-running 4-2 slate.

Malaluan, a rising rookie standout from Lipa City, Batangas, shouldered the scoring load with a game-high 16 points to go along with 5 receptions. Jazareno also took charge on defense with 12 excellent digs and 11 excellent receptions.

Ahead by three, the Lady Spikers ended the game with a 3-0 spurt, highlighted by a back-row attack from Malaluan which put La Salle ahead at 23-19.

UP’s Stephanie Bustrillo then committed an attack error before getting rejected by both Malaluan and Thea Gagate, which gave the Taft-based spikers the victory.

Fifi Sharma chipped in 10 points for the Lady Spikers while Gagate and Jolina dela Cruz each had 7 markers. Team captain Mars Alba delivered 15 excellent sets laced with 2 points to steer the offense.

Silenced was UP top scorer Alyssa Bertolano, who was held to just 4 points in the loss that dropped the Fighting Maroons to 3-3 at the third spot. Bertolano also sat out the entirety of the third frame.

Nina Ytang paced the Maroons with 8 points and 6 excellent digs while Joan Monares had 5 points. UP rookie Irah Jaboneta, who played a pivotal role in the team’s 3-0 start, did not suit up for the Fighting Maroons.

La Salle will face FEU on Thursday at 6 pm while UP looks to snap its skid against NU on the same day at 12 pm. – Rappler.com