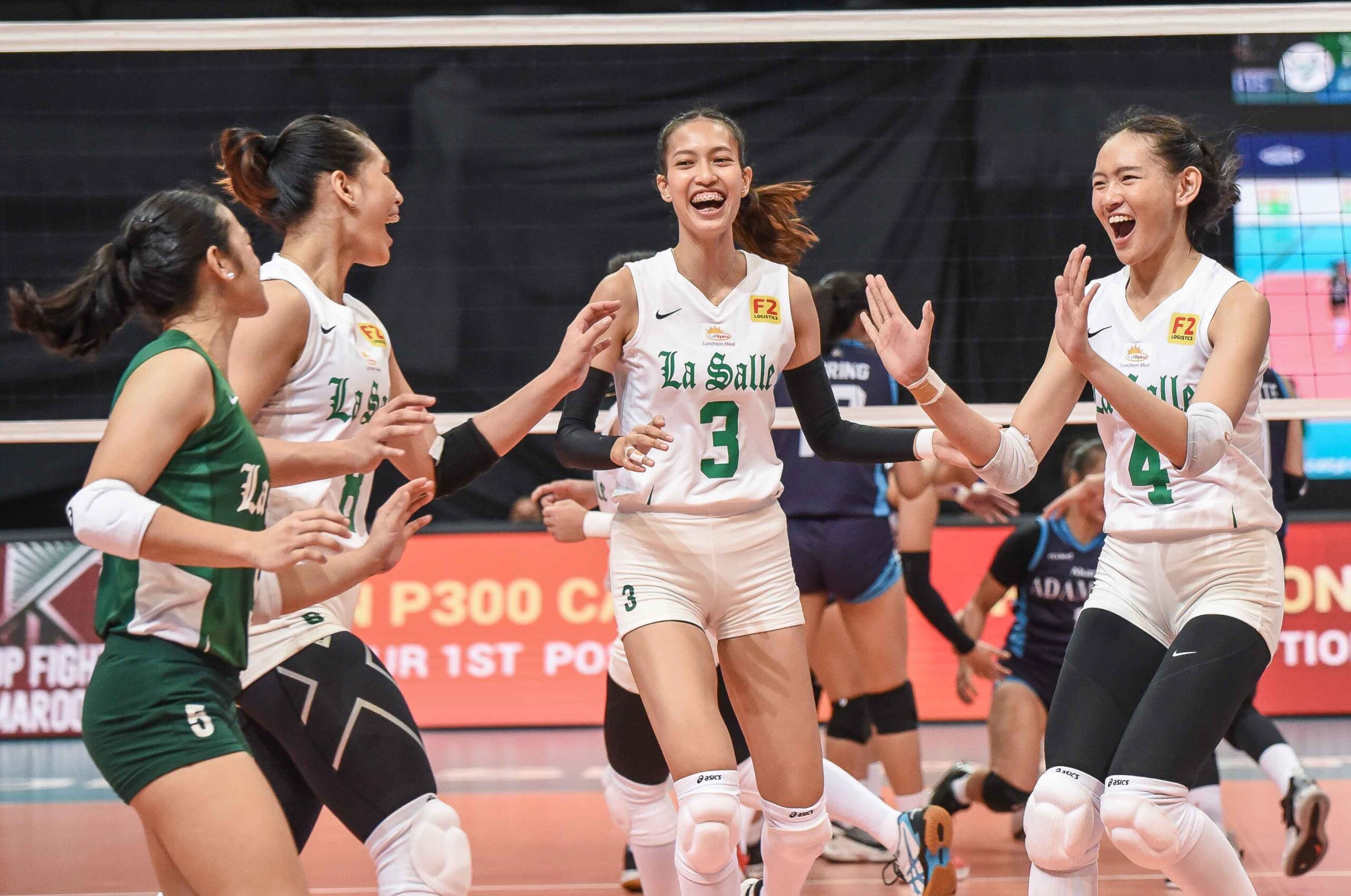 STRAIGHT SETS. La Salle follows up its season-opening win over Ateneo with a sweep of Adamson.

Veteran Jolina dela Cruz showed the way as the Lady Spikers finished off the Lady Falcons in just an hour and 28 minutes to earn their second straight win in as many games.

Taking the back seat to her younger teammates in their season-opening win over Ateneo, Dela Cruz starred for La Salle this time with 12 points off 12 attacks on top of 11 digs.

Rookie Alleiah Malaluan continued her stellar play for the Lady Spikers as she matched Dela Cruz with 12 points, while Thea Gagate fell a point short of a second consecutive double-digit outing with 9 points.

Adamson kept in step with La Salle in the first two sets but eventually ran out of gas in the third on the way to a 0-2 start this season.

Up by just 3 points off a technical timeout in the third set, 16-13, the Lady Spikers wrapped up the match with a decisive 9-1 run led by Malaluan.

Malaluan put La Salle at match point before an Aliah Marce error shut the door on the Lady Falcons.

Fifi Sharma added 8 points with a pair of service aces for the Lady Spikers, while Baby Jyne Soreño – the star in their four-set victory against the Blue Eagles with 17 points – put up 6 points.

“Compared to our first game, I think we played better this game,” said Sharma.

May Anne Nuique and Lucille Almonte posted 12 points apiece for Adamson, which dropped to the bottom of the standings together with Ateneo.

La Salle will get its mettle tested as it faces fellow unbeaten squad NU next on Tuesday, May 10, at the same venue. – Rappler.com