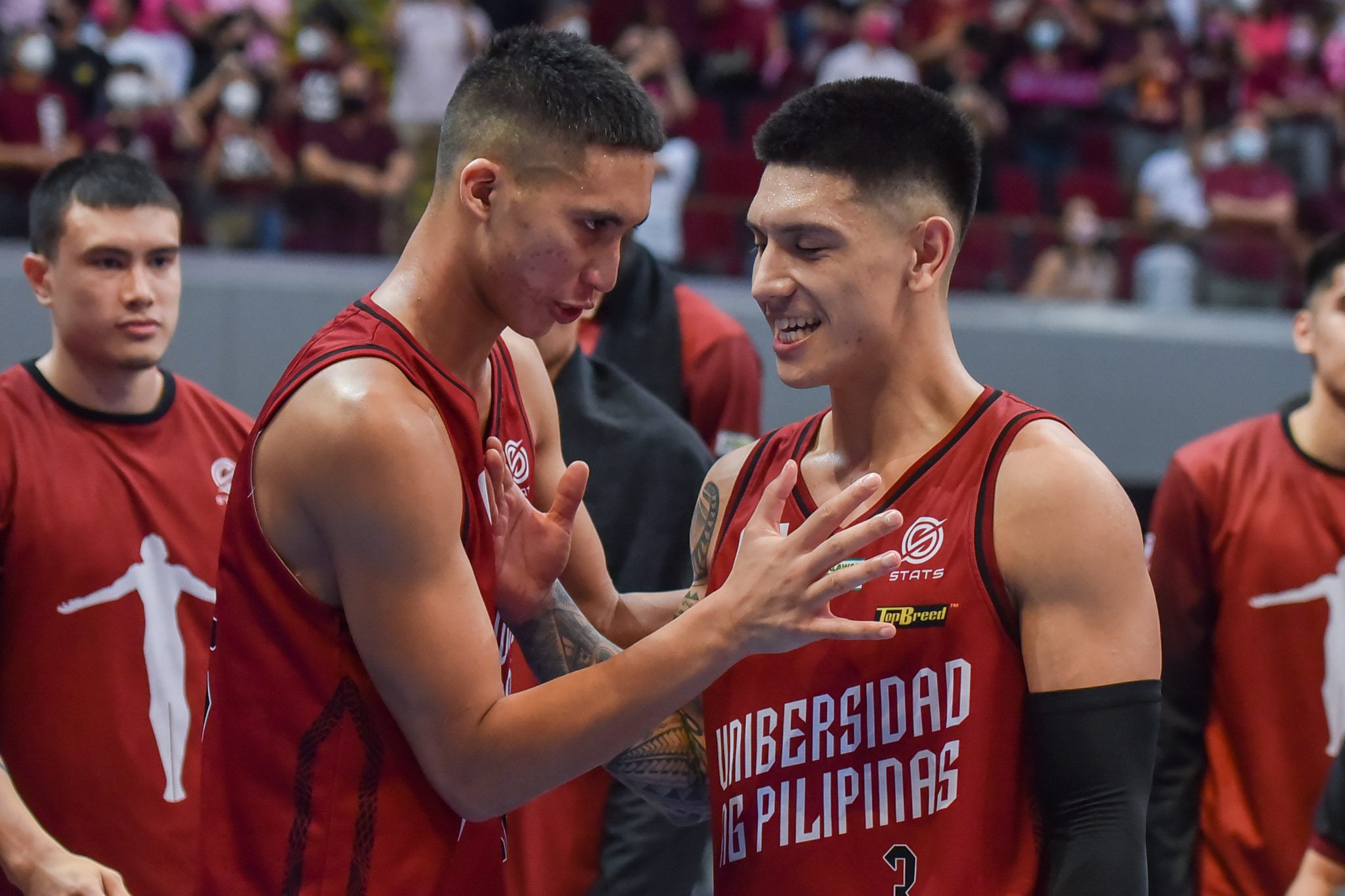 BACK WITH A VENGEANCE. Resurgent UP forward Zavier Lucero (left) celebrates with James Spencer after showing up big time in Game 1.

MANILA, Philippines – Star UP recruit Zavier Lucero has fallen hard from the UAAP spotlight after a torrid Season 84 first-round run, but as they always say, better late than never.

After converting only a 3-of-17 clip in his first two Final Four games – including a 0-of-9 shooting meltdown in the Maroons’ do-or-die game against La Salle – the 22-year-old finally showed up with a huge 17-point, 13-rebound double-double as UP stunned Ateneo again in an overtime finals Game 1 thriller.

With all the pressure on the line, Lucero scored 7 straight points in the last two minutes of regulation to help turn a 60-68 deficit to a 70-all tie – setting up a shocking finish in the extra period where UP outscored Ateneo, 11-4.

The Fil-Am forward, however, kept a cool head regarding the madness that unfolded at the Mall of Asia Arena.

“I’ve had worse games in the past, too. I’ve been playing the game a long time, and I know that basketball is going to be like that sometimes,” Lucero said after the game. “So, as long as I can try to do the other things, it’s not all about putting the basketball in the hoop. We got a lot of guys that can score.”

“But it felt good to see a couple go through, for sure.”

Less than two days after he was benched for poor play, Lucero rose to head coach Goldwin Monteverde’s challenge and capped off his redemption game with a booming three to tie the game at 74-all with 3:47 left in the extra period.

Ateneo failed to score from that point onward as UP held on for the historic win, its first in the finals since 1986 and its second straight over the Blue Eagles this season.

Ever the team player, Lucero just deflected praise to his teammates’ endgame defense, and now looks forward to closing things out in Game 2 on Wednesday, May 11, at 6 pm.

“We know how good offensively Ateneo is, so as a team we really got to lock in and play together on defense. Carl (Tamayo) did a great job on (Ange) Kouame and all of our guys did a good job of trying to communicate and play through whatever we were going through, and just play hard,” he said.

“We showed last game the heart that this team has, so I’m glad we kept it going.” – Rappler.com