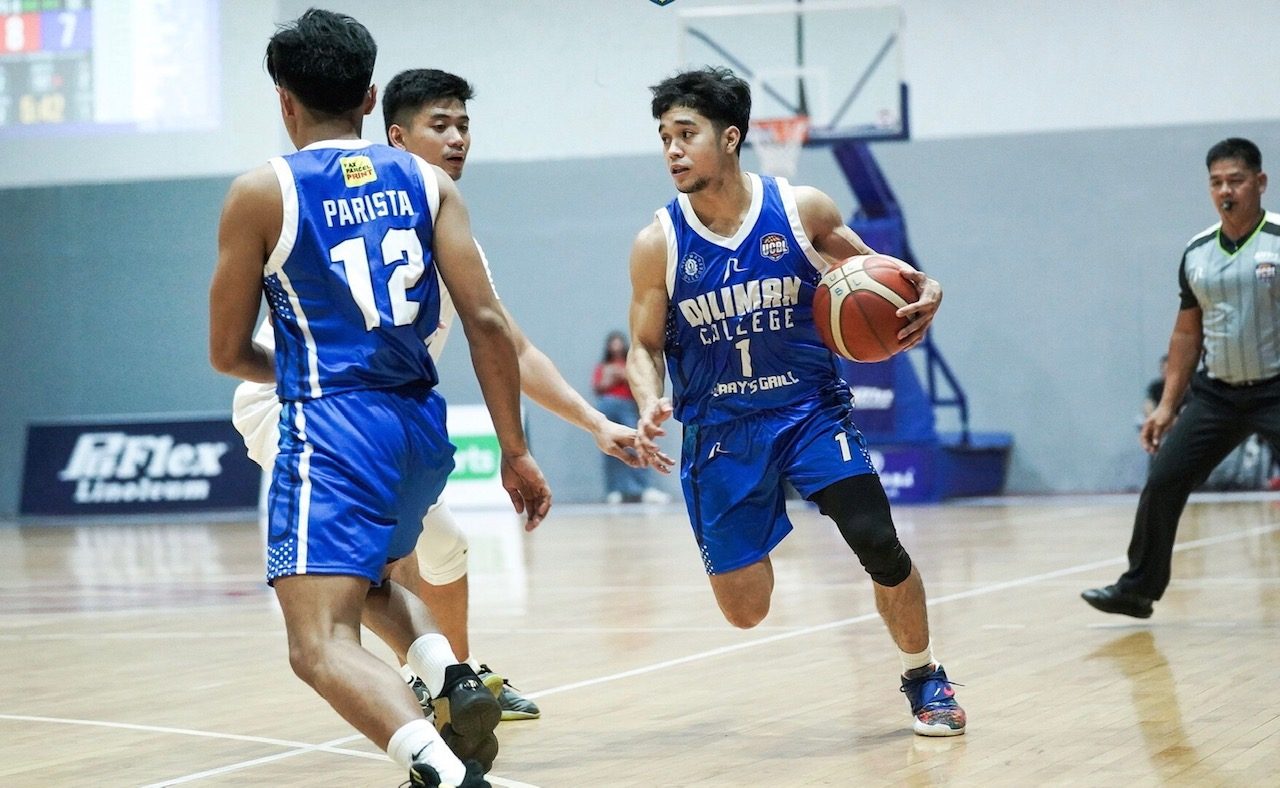 Facebook Twitter Copy URL
Copied
Philippine Christian University-Dasmariñas gets off to a winning start in the second round, while defending champion Diliman College overcomes the spirited challenge of Guang Ming College-Tagaytay

MANILA, Philippines – Philippine Christian University-Dasmarinas broke off the gates with all guns blazing and dealt Lyceum of the Philippine University-Batangas a thorough 102-38 beating in the 5th PG Flex Linoleum-Universities and Colleges Basketball League (UCBL) on Thursday, December 8, at the Paco Arena in Manila.

The Dolphins went off to a hot start, exploding for 31 points while limiting the Pirates to just 4 points in the opening frame – a stretch which practically set the tone for the rest of the contest that gave PCU-D a winning start to the second round of the eliminations.

In other games, defending champion Diliman College withstood the spirited challenge of Guang Ming College-Tagaytay, 67-62, for a 5-2 card, while University of Batangas averted collapse in the final frame to hold off Olivarez College, 81-73.

Guard Robbi Darang was a joy to watch, completing a rare triple-double with 19 points, 15 assists, and 11 rebounds in almost 39 minutes of action to power Diliman.

PCU-D and UB improved to identical 4-3 records. Olivarez slipped to a 4-3 slate while LPU-B was buried at the bottom of the standings with a 0-3 record.

Alvin Reyes and Datu Ali Adas led the initial assault that ripped the game apart with the former finishing with 14 points and 5 assists and the latter posting a double-double of 13 points and 13 rebounds.

Four other players also scored in double-digits for PCU-D with Carl Morillo and Gael Escultor also adding 12 points each.

The Brahmans weathered a huge storm in the final frame as the Sea Lions battled back from a 13-point deficit in the second half and came within a bucket, 70-68 midway through the payoff period.

Jem de Ocampo and Harold de Guzman, however, came to the team’s rescue, conniving in a huge 11-0 run that restored order, 81-68 with 2:20 left and ultimately slammed the door on Olivarez’s comeback hopes.

De Ocampo finished with 17 points including the step-back trey and a layup that capped the telling run while De Guzman unloaded 19 points. Joseph Torres top scored with 21. – Rappler.com