Breaking bones and records: Holloway puts up performance of a lifetime 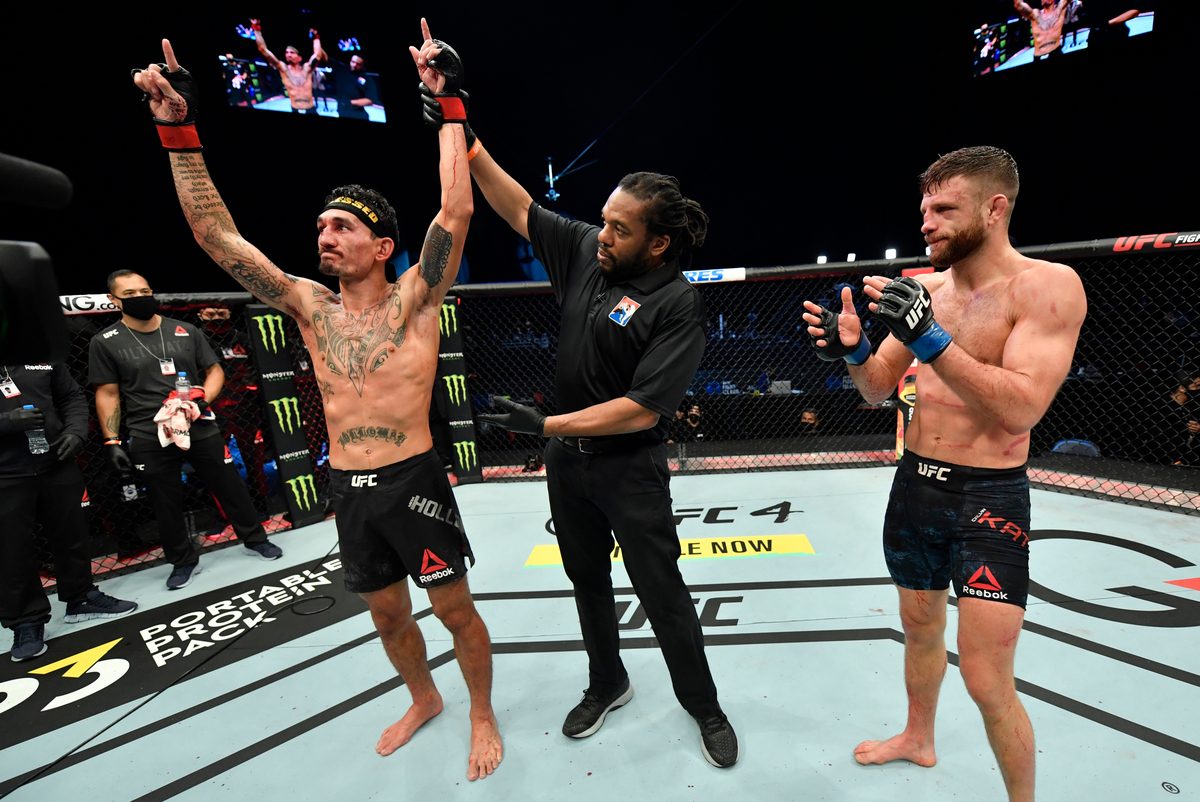 Facebook Twitter Copy URL
Copied
‘I didn’t know how I punched that much,’ says Max Holloway after setting the UFC record for thrown (744) and landed (445) strikes

The throne might not be in Hawaii right now, but Max Holloway proved –  without a doubt – that he is still the king that everyone should be afraid of.

The “Blessed” (22-6) was on a different level in all aspects of the fight as he completely annihilated up-and-coming fighter Calvin “The Boston Finisher” Kattar (22-5) in front of a limited crowd at Etihad Arena, Abu Dhabi. (READ: Holloway demolishes Kattar in first UFC Fight Night of 2021)

In the post-fight conference, Holloway said his performance was one of the best of his career, which include victories against the legendary Jose Aldo, Ricardo Lamas, and Frankie Edgar.

“For sure, I’m having the time of my life, man,” Holloway said. “I felt good, everything was rolling. I got some of the baddest men behind me.”

Holloway put up a phenomenal display not just inside the octagon, but also on paper. The former champion threw out 744 strikes and landed 445 significant strikes, which is now the UFC record for thrown and landed strikes.

In the 4th round alone, where Holloway went berserk and almost forced the referee to stop the fight, he connected 141 significant strikes. Kattar only had 133 landed strikes in the entire 25 minutes.

Holloway admitted he was shocked to hear the record-breaking blows that he threw out in the fight.

“I just keep punching and punching,” he said. “I didn’t know how I punched that much. In my mind, I was like throwing 10, 15, or even 20 punches a round, I was like, why am I getting so tired? And then I heard the record and I was like, oh, that’s probably why.”

Like in his previous fight, Holloway had a unique training heading to his clash against Kattar. The 29-year-old Hawaiian said he did not spar in his camp to preserve his body from taking any additional damage.

Holloway’s victory is a huge bounce back as he suffered from back-to-back losses against reigning champion Alexander Volkanovski.

With his performance, UFC president Dana White believes Holloway should be in line again for another title shot, whether it is against Volkanovski for the third time or against Brian Ortega, who will face the champion in March.

Holloway said he will be ready for the next challenge and will not waste any opportunities that come his way.

“We see what happens,” he said. “When we get to face with opportunities then we’ll see. To win my first title I need to win 10 fights and an interim. I’m not scared of hard work. At the end of the day, I’m gonna stay ready and do what I gotta do just to be ready.” – Rappler.com