MANILA, Philippines – Hundreds of Filipino mixed martial arts (MMA) fans flocked SM Mall of Asia’s Music Hall in anticipation of catching a glimpse of the action that can take place at the Ultimate Fighting Championship’s maiden live event in the country on Saturday, May 16.

Six UFC fighters gave a preview of their current shape and conditioning only 3 days away from the much-awaited UFC Fight Night 66, which happens at the 20,000-seater SM Mall of Asia Arena in Pasay City, Metro Manila.

Urijah Faber and Frankie Edgar, who are scheduled to face each other in the main event, spearheaded the open workouts to hype the organization’s first trip to fight capital of the Southeast Asian region.

Edgar amazed the crowd with his sharp boxing combinations and flaunted his signature footwork and head movement that permitted him to stand toe-to-toe with the elite-level combatants like BJ Penn, Gray Maynard, Benson Henderson and Jose Aldo. 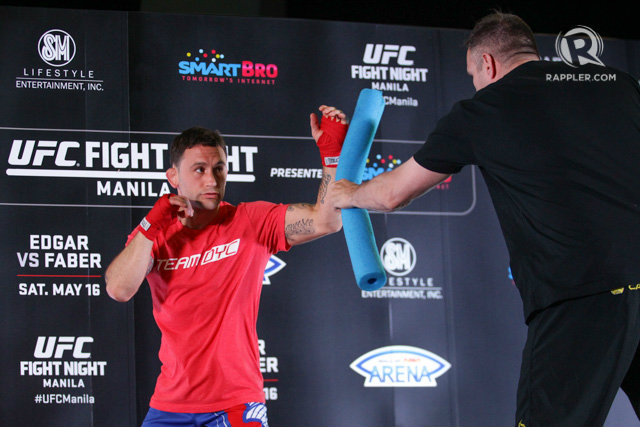 On the other hand, Faber worked on the punch mitts with Filipino-American MMA veteran Justin Buchholz.

Faber has not fought as a featherweight since April 2010 when he bowed down to Aldo for the World Extreme Cagefighting (WEC) title via lopsided decision. 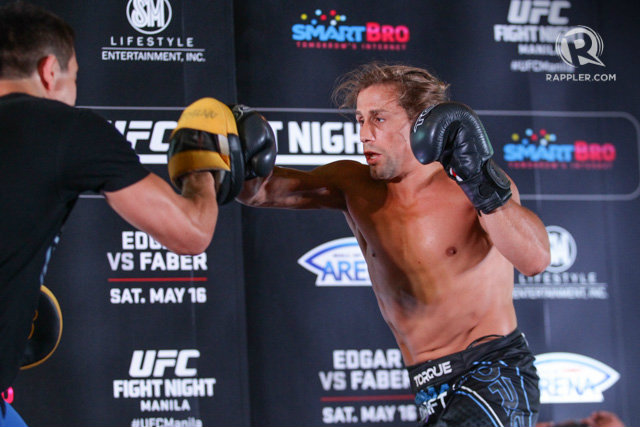 Urijah Faber promises there will be no dull moment in his fight against Frankie Edgar. 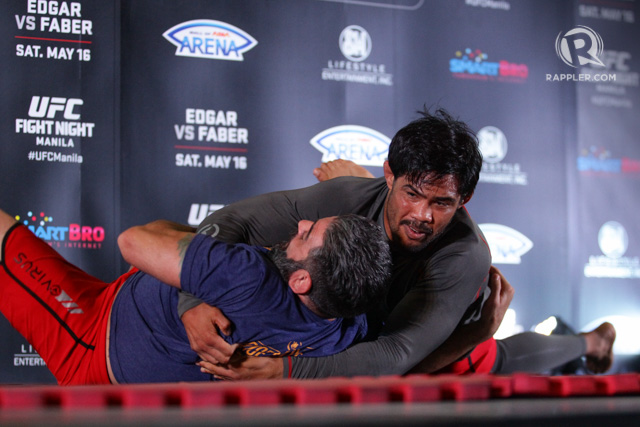 Mark Muu00f1oz wows his home crowd with his moves.