Unbeaten Zamboanga banners historic all-women ONE card in May 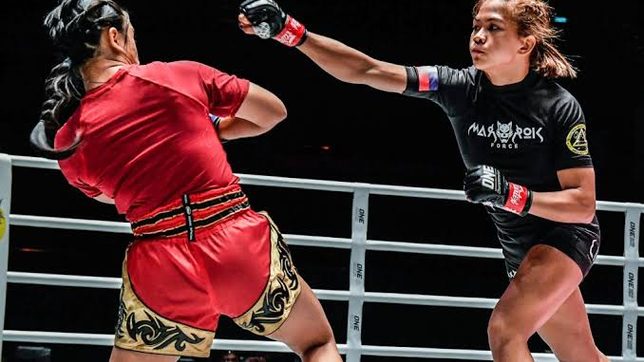 Undefeated MMA rising star Denice Zamboanga will be put to a tough test in the historic all-women ONE: Empower atomweight grand prix card as she faces South Korean veteran Seo Hee Ham on May 28.

While Zamboanga (8-0-0) has all the momentum in the world as the No. 1 ranked ONE atomweight, she is not letting her guard down in the tournament’s opening round, given the vast experience gap she has against Ham (23-8-0), a former UFC fighter.

“For me getting Seo in the first match is the biggest challenge I’m going to face in the tournament,” she said in an online press conference on Thursday, March 25.

“I think this would be a good challenge for me because I know she’s a well-rounded fighter, very good on her hands, [so I’m] working on my striking and ground game.”

Although Zamboanga was the No. 1 contender for Angela Lee’s atomweight crown prior to the grand prix, she now has to continue her hot streak against other contenders to re-earn her shot while Lee goes through her pregnancy.

Both top fighters traded barbs on social media last year as Zamboanga challenged Lee to vacate the belt due to a long period of inactivity ahead.

Despite her new set of challenges ahead, the 24-year-old is ready to take on all comers to keep her ready for Lee in the near future.

“If you’re really a champion, whomever you fight or whatever challenge you face, you must accept it whatever it is,” she said.

“Maybe I’ll consider myself as one of the best because I’m included in the [grand prix], and I’ll prove to them that I’m the best and the real No. 1 atomweight fighter.”