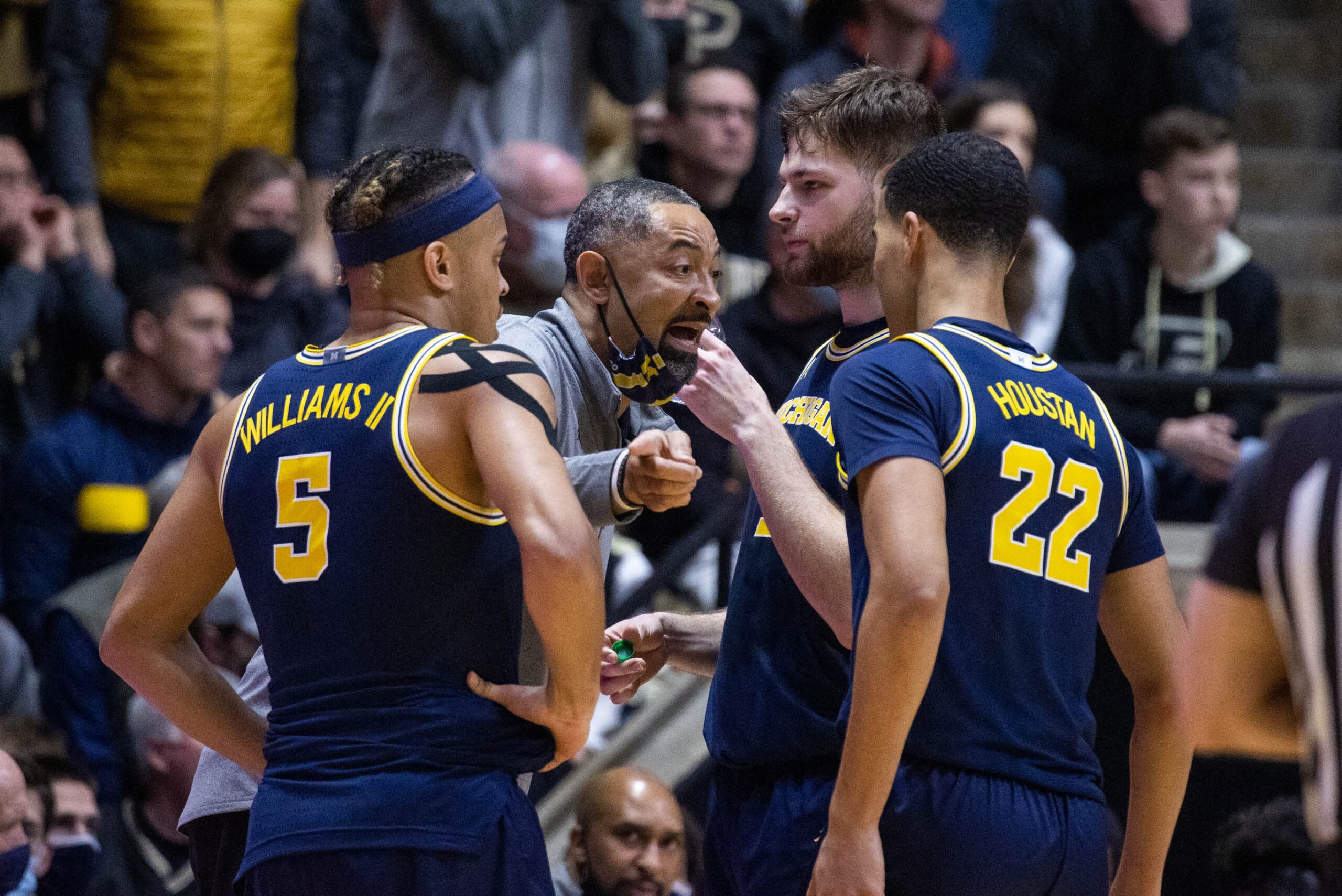 SUSPENDED. The Michigan Wolverines will play the rest of the Big Ten Conference without their head coach Juwan Howard

MANILA, Philippines – The Big Ten Conference of the US NCAA has suspended Michigan Wolverines head coach Juwan Howard for five games, effectively the rest of the season, after hitting Wisconsin Badgers assistant Joe Krabbenhoft in the face after their last game on Sunday, February 20 (Monday, February 21, Manila time).

Wisconsin head coach Greg Gard, who grabbed Howard’s arm during the postgame handshakes, and effectively sparked the scuffle, was fined $10,000 with no suspension.

Krabbenhoft was spared of any punishment after entering the scuffle just after Howard escalated the tension by pointing at Gard’s face, and pulling his shirt.

“Our expectation is that the incident yesterday will provide our coaches and student-athletes with the opportunity to reflect, learn and move forward in a manner that demonstrates decorum and leadership on and off of the court.”

Michigan forwards Terrance Williams and Moussa Diabate, and Wisconsin guard Jahcobi Neath were each handed a one-game suspension for appearing to throw punches.

“After taking time to reflect on all that happened, I realize how unacceptable both my actions and words were, and how they affected so many. I am truly sorry,” Howard said in Michigan’s follow-up statement.

“I am offering my sincerest apology to my players and their families, my staff, my family and the Michigan fans around the world. I would like to personally apologize to Wisconsin’s Assistant Coach Joel Krabbenhoft and his family, too.”

After the scuffle, Howard said that he took exception to Wisconsin’s timeout usage. Gard called two timeouts in the last minute, including the final 15 seconds with his team already up 15.

Gard said he merely wanted to get the ball over half court while his walk-ons wrapped up the game.

Now without their head coach for the rest of the season, the Wolverines will play four more home games before their season finale at Ohio State. Associate head coach Phil Martelli is expected to take over.

Howard was a member of the school’s legendary “Fab Five” 1991 recruitment class alongside NBA stars like Hall of Famer Chris Webber and former Most Improved Player Jalen Rose.

A two-time NBA champion and one-time All-Star, the 49-year-old spent 19 seasons in the NBA before transitioning to a Miami Heat assistant coaching role under Erik Spoelstra from 2013 to 2019.

He then went back to Michigan to coach the Wolverines, and won the Associate Press College Basketball Coach of the Year in 2021 after winning the Big Ten championship that season. – Rappler.com