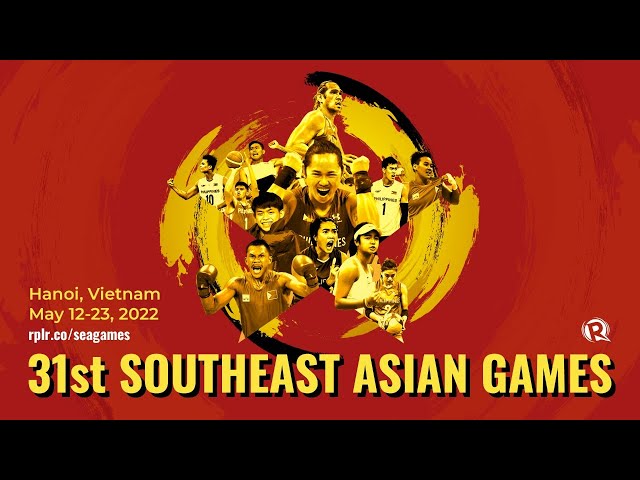 Facebook Twitter Copy URL
Copied
Olympic boxing medalist Eumir Marcial begins his quest for a fourth straight SEA Games gold as the Philippines looks to create separation for the No. 3 spot in the medal table

Eala and Huey both won their first Hanoi bronze in the women’s and men’s team event, respectively.

Fajardo churned out a double-double of 25 points and 11 rebounds in the rout.

The national beach volleyball teams all lost their gold medal chances after losing to Thailand.

Gilas Women kept their unbeaten record intact with 118-87 whipping of host Vietnam and improved to 3-0.

The Philippines ended the day as the only unbeaten team in women’s basketball, with Indonesia and Malaysia trailing with identical 2-1 cards.

Olympic bronze medalist Eumir Marcial moved on the cusp of winning another SEA Games gold in boxing after stopping Thailand’s Peerapat Yeasungnoen to advance to the finals of the men’s -75kg event.

Marcial is gunning for a third consecutive middleweight gold and fourth overall in the SEA Games.

SEA Games host country Vietnam took care of business in the women’s volleyball elimination round with a 25-23, 25-19, 25-17 sweep of the Philippines.

The Filipinas – still seeking their first podium finish since 2005 – will face Indonesia in the bronze medal match as Vietnam battles Thailand in a 2019 finals rematch.

Rena Furukawa captured the Philippines’ first judo gold in Vietnam as she topped the women’s -57kg division with a win over Myanmar’s Chu Myat Noe Wai.

Defending champion Sibol secured its spot in the gold medal match of Mobile Legends after outlasting Singapore in the semifinals, 2-1.

Sibol dropped the opening game of the best-of-three series but held its nerve to keep its title-retention bid running.

Tan is now a two-time gold medalist after snapping an 11-year drought in singles competition.

All nine of the Philippines’ SEA Games boxing bets are poised for a podium finish in Hanoi.

Josie Gabuco, Rogen Ladon, James Palicte, Riza Pasuit, and Eumir Marcial are all gunning for finals spots on Thursday, May 19, while Nesthy Petecio, Ian Clark Bautista, Marjon Pianar, and Irish Magno will have their semis matches on Friday, May 20.

Athletics wrapped up its SEA Games campaign in Vietnam with another medal as Christine Hallasgo bagged silver in the women’s marathon.

Hallasgo clocked in 2:56.07, finishing a minute short of defending the gold she won in the 2019 SEA Games.

Eumir Marcial kicks off his repeat gold bid in Vietnam as the Philippines looks to stay in the top three of the Southeast Asian Games medal tally on Thursday, May 19.

A bronze medalist in the Tokyo Olympics, Marcial guns for his fourth straight SEA Games gold and third consecutive in the middleweight division.

Boxing is expected to deliver as the Philippines, which has won 38 golds, holds a slim lead over Singapore (37) and Indonesia (36) for the No. 3 spot in the medal table going into the last four days of the competition.

In the 2019 SEA Games, the Philippines emerged as the top performing nation in boxing, winning seven golds, three silvers, and two bronzes.

Gilas Pilipinas shoots for a 4-0 start as it tangles with host Vietnam in the round-robin tournament where the team with the best record will capture gold.

After a narrow 76-73 win over Thailand in its men’s basketball opener, the Philippines went on to beat Cambodia and Singapore by a whopping margin of 59.5 points.

Over in women’s volleyball, the Philippines pursues a slim chance to reach the gold medal match when it faces Vietnam in the final game of the preliminary round.

With a win, the Philippines will tie Vietnam and Indonesia at 2-2 for second place, which could merit a spot in the battle for gold against unbeaten Thailand.

A loss will still keep the Philippines in medal contention for the bronze.

Tennis star Alex Eala returns to action as she and partner Treat Huey go up against Thailand for a finals berth in mixed doubles action.