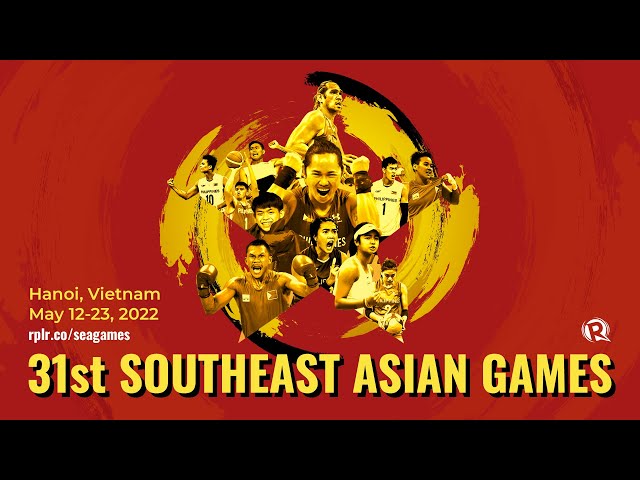 Jaja Santiago, Mylene Paat, and Ces Molina gave their all on offense, but the Filipinas’ defense completely crumbled in the end as their podium drought is now set to continue beyond 17 years.

The Philippines snapped a decades-long medal drought in women’s football after completing a come-from-behind 2-1 win over Myanmar in the battle for bronze.

Sarina Bolden and Quinley Quezada scored in the second half as the country secured its first podium finish in women’s football since 1985.

Filipina weightlifter Vanessa Sarno set a triumvirate of SEA Games records to capture the gold in the women’s 71kg division.

BIADO GETS BACK AT CHUA FOR 10-BALL GOLD

Carlo Biado redeemed himself against Johann Chua as he snagged the gold in men’s 10-ball singles with a 9-3 win in the finals.

Thanh set a new SEA Games record with a total lift of 230kg, a sizable seven-kilogram lead over Ando.

Gilas Pilipinas made easy work of Malaysia, 87-44, to cruise to its fifth straight win.

Thirdy Ravena put up 17 points, 7 rebounds, and 5 assists as the Philippines improved to 5-0 and moved one win away from a 14th straight SEA Games gold.

Rubilen Amit ruled the 10-ball women’s pool singles after besting compatriot Chezka Centeno, who in turn settled for silver in the all-Filipino finals.

Gilas Women are a win away from defending their SEA Games gold after staying unbeaten in four games with an 88-61 thrashing of Singapore.

Four players scored in double figures for the Filipinas led by Clare Castro, who churned out 15 points, 4 rebounds, and 2 blocks.

Two more billiards golds will be added to the Philippines’ haul as the country enters the homestretch of the Southeast Asian Games in Vietnam on Saturday, May 21.

Pool stars Johann Chua and Carlo Biado face off again in Vietnam, this time with the men’s 10-ball gold at stake.

Chua aims to replicate his impressive feat in the men’s nine-ball, where he beat reigning US Open champion Biado to clinch his maiden SEA Games gold.

It will also be an all-Filipino showdown in the women’s 10-ball as Rubilen Amit and Chezka Centeno clash in a rematch of the 2019 SEA Games.

The women’s nine-ball champion of these games, Amit eyes payback against Centeno, who is the defending women’s 10-ball titlist.

Gilas Pilipinas inches closer to a 14th straight gold as it looks to stay undefeated in five games when it tangles with Malaysia.

Other than Thailand, no team has posed a threat to the Philippines in men’s basketball after it demolished Cambodia, Singapore, and Vietnam by a whopping average of 49 points.

Also unscathed, Gilas Women shoot for a fourth win in as many games against Singapore.

The Philippines is favored to defend its women’s basketball gold considering it is the only unbeaten team in the tournament.

It is not just in billiards where Filipinos will go up against each other for the gold but also in tennis as Jeson Patrombon and Francis Alcantara encounter Treat Huey and Ruben Gonzales in the men’s doubles finals.

Later in the day, the Philippines vies for breakthrough bronzes in women’s volleyball and women’s football against Indonesia and Myanmar, respectively.