MILESTONE. Leylah Fernadez wins the biggest match of her career. 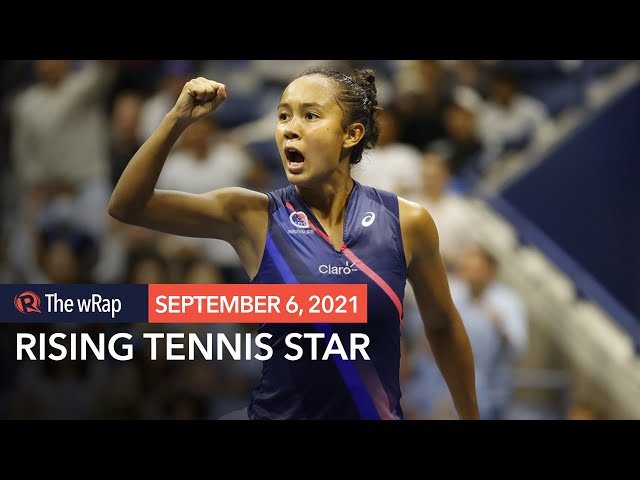 Leylah Annie Fernandez proved she can be the new face of tennis as the Filipino-Canadian scored the biggest win of her career against world No. 3 Naomi Osaka in the US Open on Friday, September 3 (Saturday, September 4, Philippine time) at Arthur Ashe Stadium.

“From the beginning, right before the match, I knew I was able to win,” said Fernandez – whose mother is Fil-Canadian while her dad is Ecuadorian – after ending Osaka’s bid for a fifth Grand Slam title.

The 18-year-old from Montreal, who was trailing Osaka aftre the opening set, broke serve for the first time at the most crucial moment in the second set.

She equalized at 6-6 and pushed the set into a tiebreak, where she took control as Osaka lost her composure, throwing her racket several times when the Japanese lost a point.

Fernandez, ranked world No. 73, continued to ride on her hot momentum, going 3-1, in the third set.

Both netters battled it out on their strong serves, but it was Fernandez who outlasted Osaka, the tennis superstar who has recently been in the spotlight for various advocacies, including mental health.

Fernandez will face former champion Angelique Kerber in the fourth round, which will become a battle of left-handed players.

Fernandez is the second teen of the day to pull off an upset after 18-year-old Spaniard Carlos Alcaraz overcame Greek star Stefanos Tsitsipas, who is currently embattled with criticism for his controversial bathroom breaks.

The Fil-Canadian won her maiden Women’s Tennis Association title in the 2021 Monterrey Open last March and currently resides in Florida for training. – Rappler.com