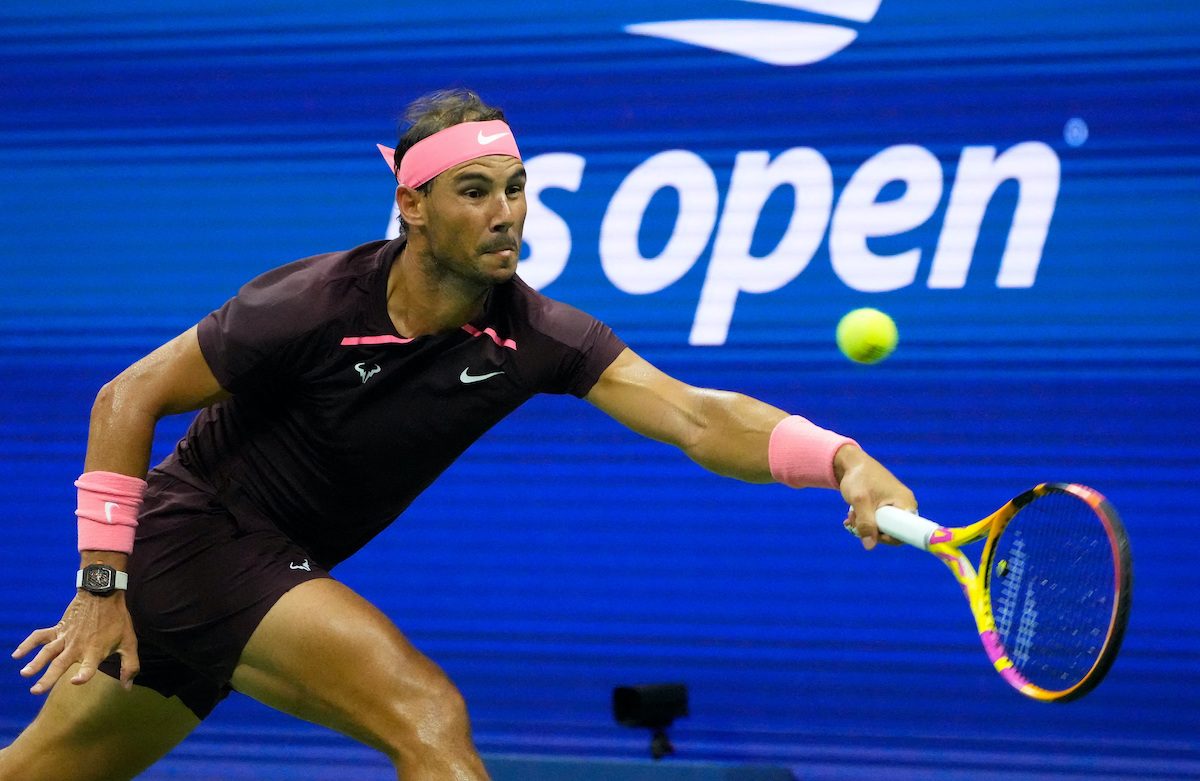 HISTORY. Rafael Nadal chases a fifth US Open crown, which would tie him with Jimmy Connors, Roger Federer, and Pete Sampras for the most in the Open Era.

Losing to Nadal is nothing new for Gasquet, who is now 0-18 against the Spaniard but seldom over the years has the Frenchman absorbed such a beating.

Arriving at Flushing Meadows having played just a single match since pulling out of Wimbledon semifinals with an abdominal injury, Nadal has been in a race to find form.

After two tough four-set wins – over Australian wild card Rinky Hijikata in his opener and Italy’s Fabio Fognini in the second round – Nadal said there were signs of progress against Gasquet.

But the 36-year-old acknowledged he will need much more improvement if he is to challenge for a fifth US Open title, which would tie him with Jimmy Connors, Roger Federer, and Pete Sampras for the most in the Open Era.

“My best match in the tournament, easy,” Nadal said of Saturday’s win. “An important improvement. But I need to keep going.”

“I know this is the right moment to make an improvement if I want to keep having chances to keep going on the tournament. Today was an improvement. I need another important improvement for the next day.”

Nadal is always a favorite in New York but such was the second seed’s dominance that even the Arthur Ashe Stadium crowd tried to lift Gasquet’s spirit as he fell behind 6-0, 3-0.

When Gasquet finally held serve in the 10th game, the crowd gave a mighty roar as the 36-year-old French veteran raised his arms into the air in celebration.

The beating, however, quickly resumed with Nadal sweeping the next five games to take the second set and a 2-0 lead in the third.

At that point Nadal took his foot off the gas and when Gasquet broke the 22-time Grand Slam winner to level the third set at 2-2, it earned him a standing ovation.

It took a few games for Nadal to get back in gear, but the outcome was never in doubt, the Spaniard collecting his seventh break of the match to go up 6-5 then coolly holding serve to clinch a convincing win. – Rappler.com