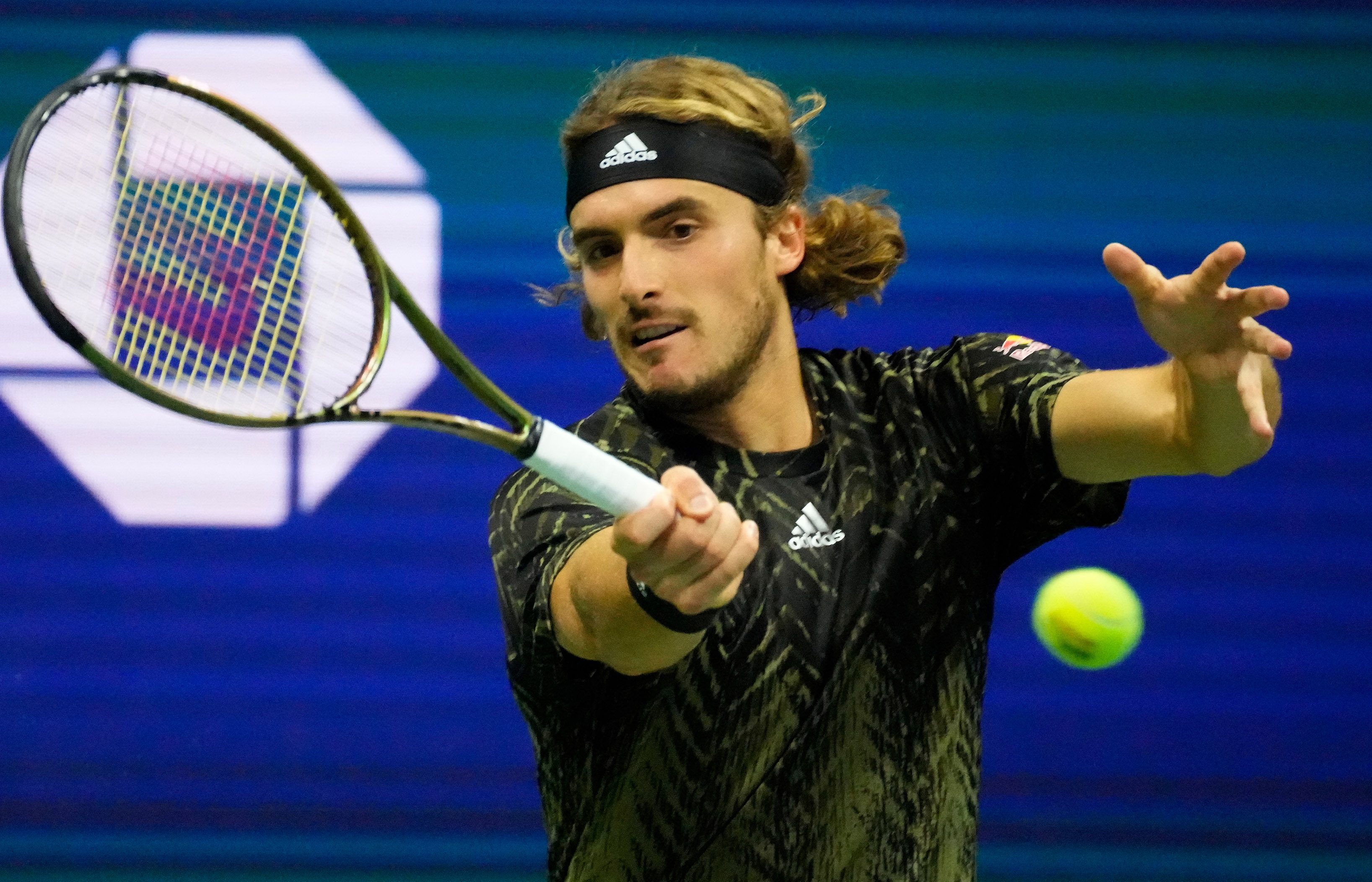 HOT START. Stefanos Tsitsipas of Greece hits to Adrian Mannarino of France on Day 3 of the US Open.

World No. 3 Stefanos Tsitsipas fired down a career-high 27 aces on the way to a 6-3, 6-4, 6-7(4), 6-0 win over second-round opponent Adrian Mannarino on Wednesday,  September 1 (Thursday, September 2, Manila time), but another protracted bathroom break drew jeers from the US Open crowd.

Greek Tsitsipas won all of his first-serve points in the opening set and fired off 53 winners in the match to Mannarino’s 26 and looked set for a straightforward win at Arthur Ashe Stadium before the Frenchman won a third-set tiebreak.

Tsitsipas then retreated to the locker room for a bathroom break of more than seven minutes, leaving Mannarino to ask for some balls to be brought out so that he could stay loose ahead of the fourth set.

Tsitsipas, who infuriated Andy Murray in the last round by taking a seven minute-plus break, was met with a chorus of boos from spectators when he returned and even as he served to start the set.

The jeers had little impact on his performance, however, as he powered through the final six games to set up a third-round tie against Spanish teenager Carlos Alvaraz.

Tsitsipas said after the match that he was completely soaked with sweat after the third set and that it’s important for him “to feel refreshed.”

“I haven’t done anything wrong, so I don’t understand,” Tsitsipas said after the match, adding that he had nothing against the fans who booed him.

“I love the fans. But some people don’t understand,” he said. “They haven’t played tennis at a high level to understand how much effort and how much difficult it is to do what we are doing.

“Sometimes we need a short break to do what we have to do.”

Mannarino said he did not believe Tsitsipas had done anything wrong but that tennis officials should rethink the rules allowing the protracted breaks.

“The rule is wrong because it’s not fair to cut the pace of the match like that but I don’t think he’s doing anything wrong because he’s allowed to do that,” he said.

Roland-Garros runner-up Tsitsipas also said he did not realize he had exceeded his previous career-high of 22 aces in a match.

“I just felt very loose on my serve. My ball toss was very consistent,” said Tsitsipas. “I didn’t really think about it, that it was that many.” – Rappler.com